Is this the craziest Seattle winter ever? Like me, you’re waking up this morning to find about 2-3 inches of snow on the ground for something like the 20th time this season.

SEATTLE–Snow was falling and sticking to roadway pavement early this morning in Seattle. In the early morning hours crews shifted from responding to reports of ice on the roadway to responding to snow. Trucks with plows are assigned to major arterial streets throughout the city, attending primarily to inbound traffic lanes for the morning commute.

We’ll update this as things get going and conditions change this morning.

Update: 8:03am – Just got back from a walk around the neighborhood.  All the major arterials are passable, including Cherry, Jefferson, Yesler, and Jackson.  But no buses have been seen running yet.  Lots of people waiting for them at the stops.  Pics coming soon…

The 2 was pretty much on time this morning with chains.  Saw low on mad but not union.  Took #2 to work. 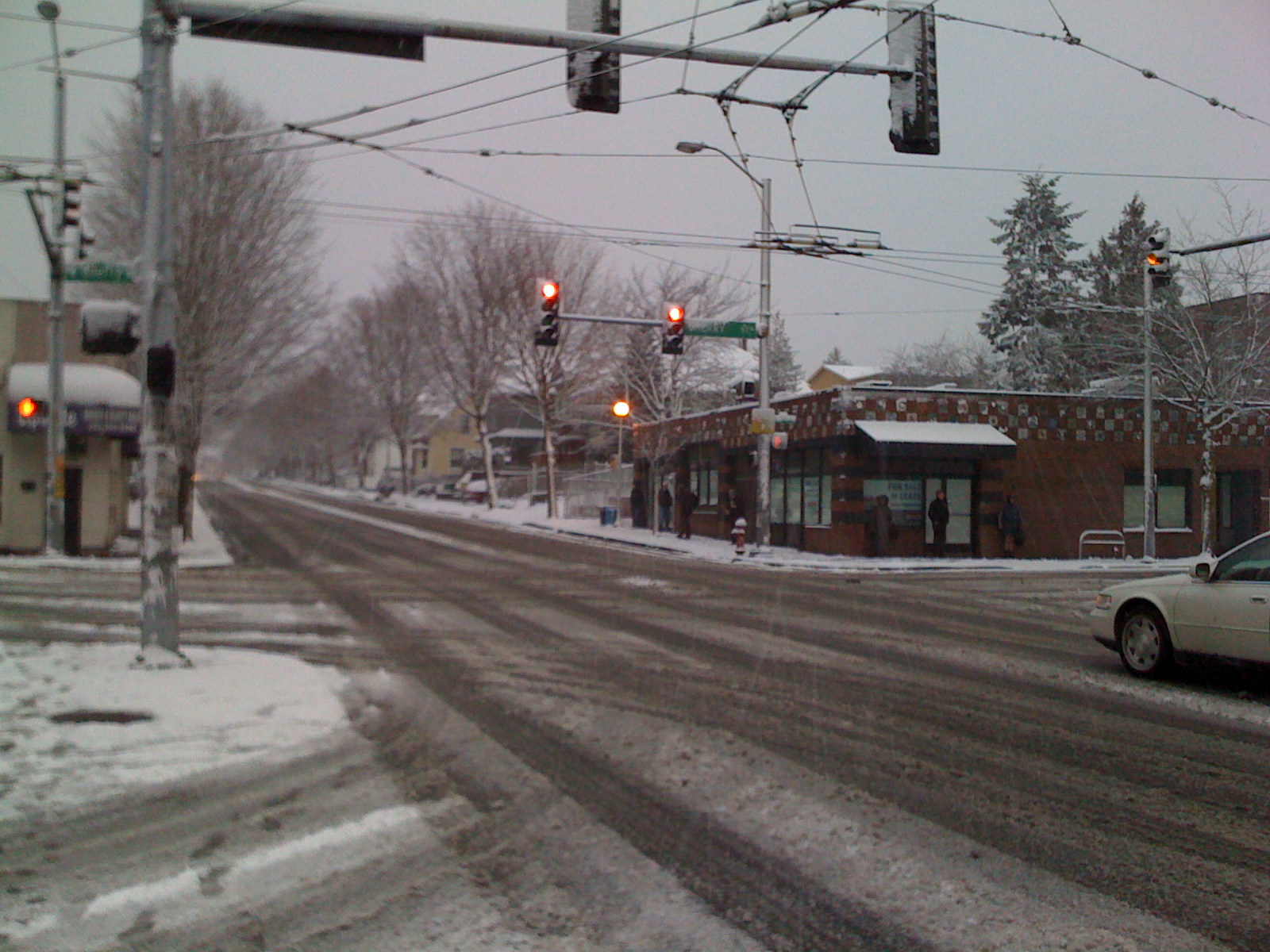 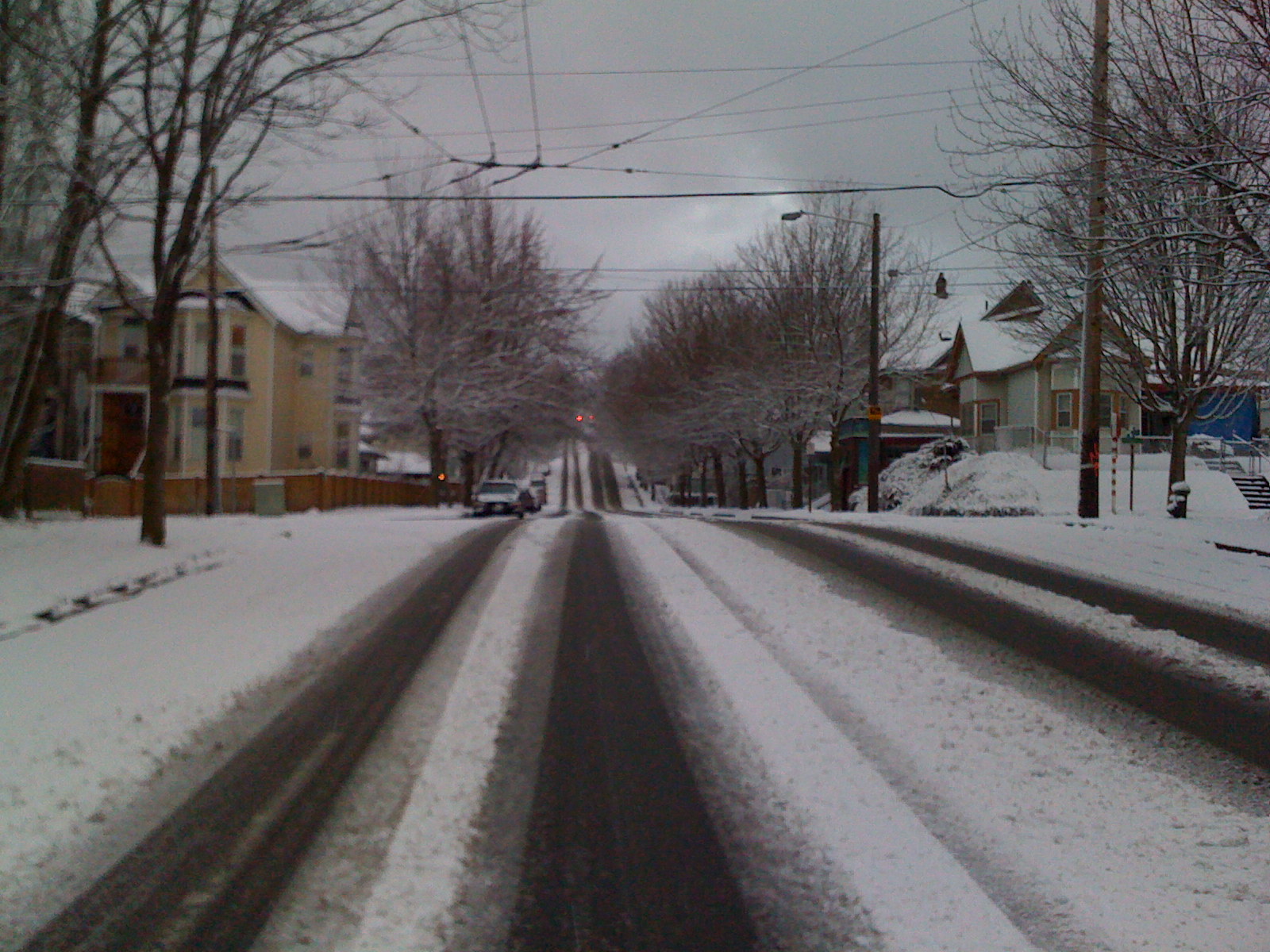 People are making it up and down the hill on Cherry 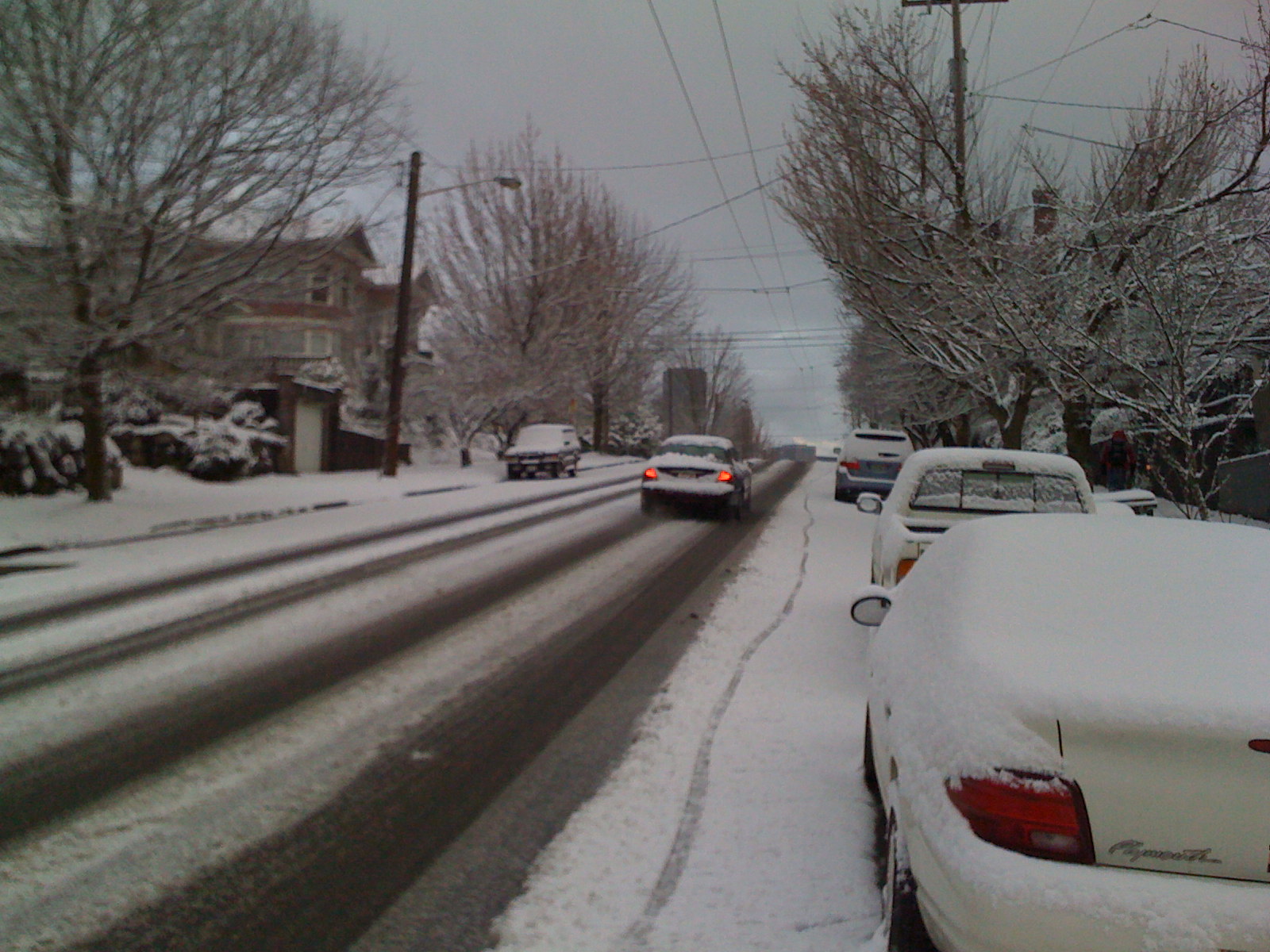 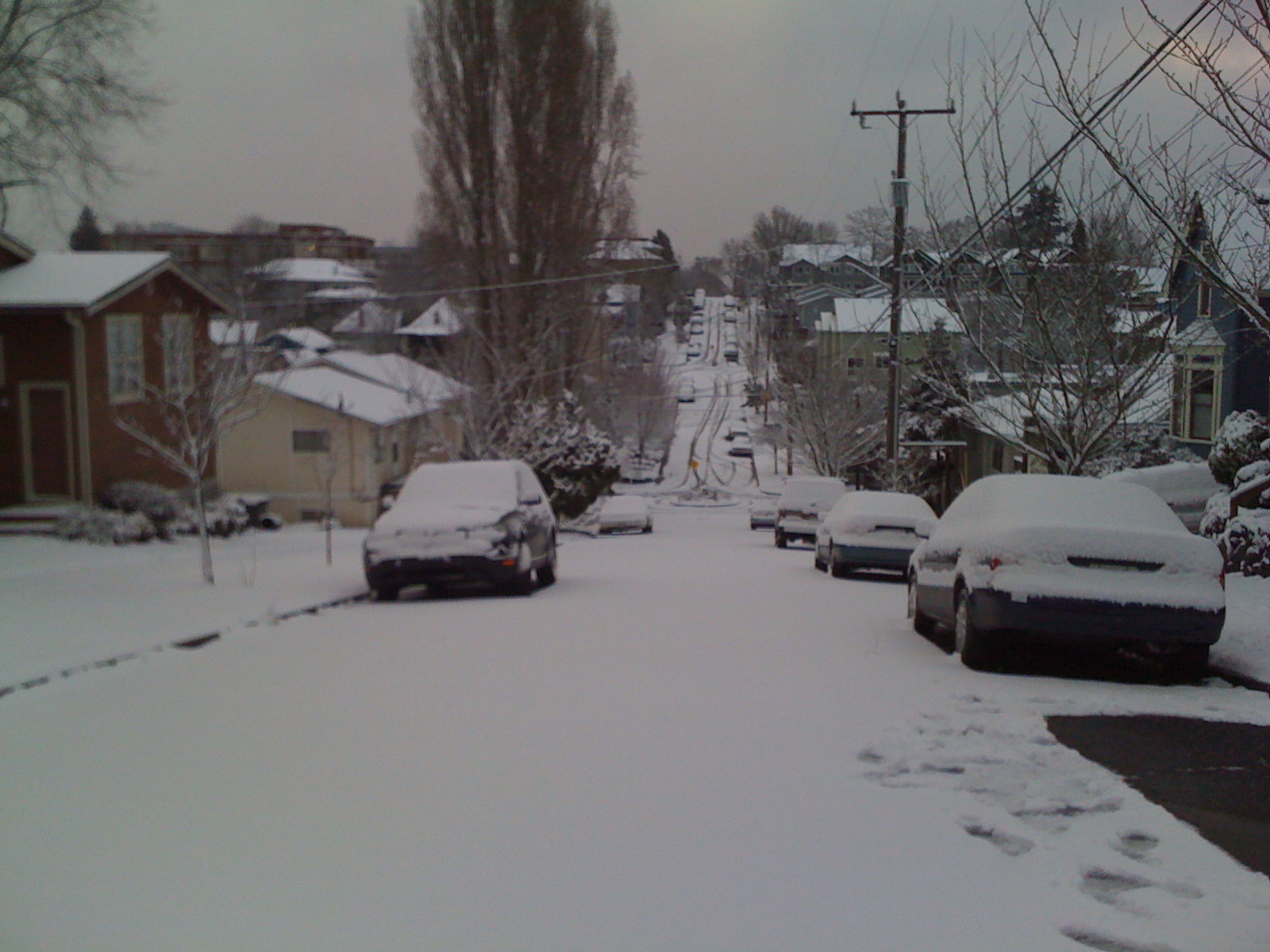 No tracks on this steep part of E. Alder. Smart to keep it that way for now… 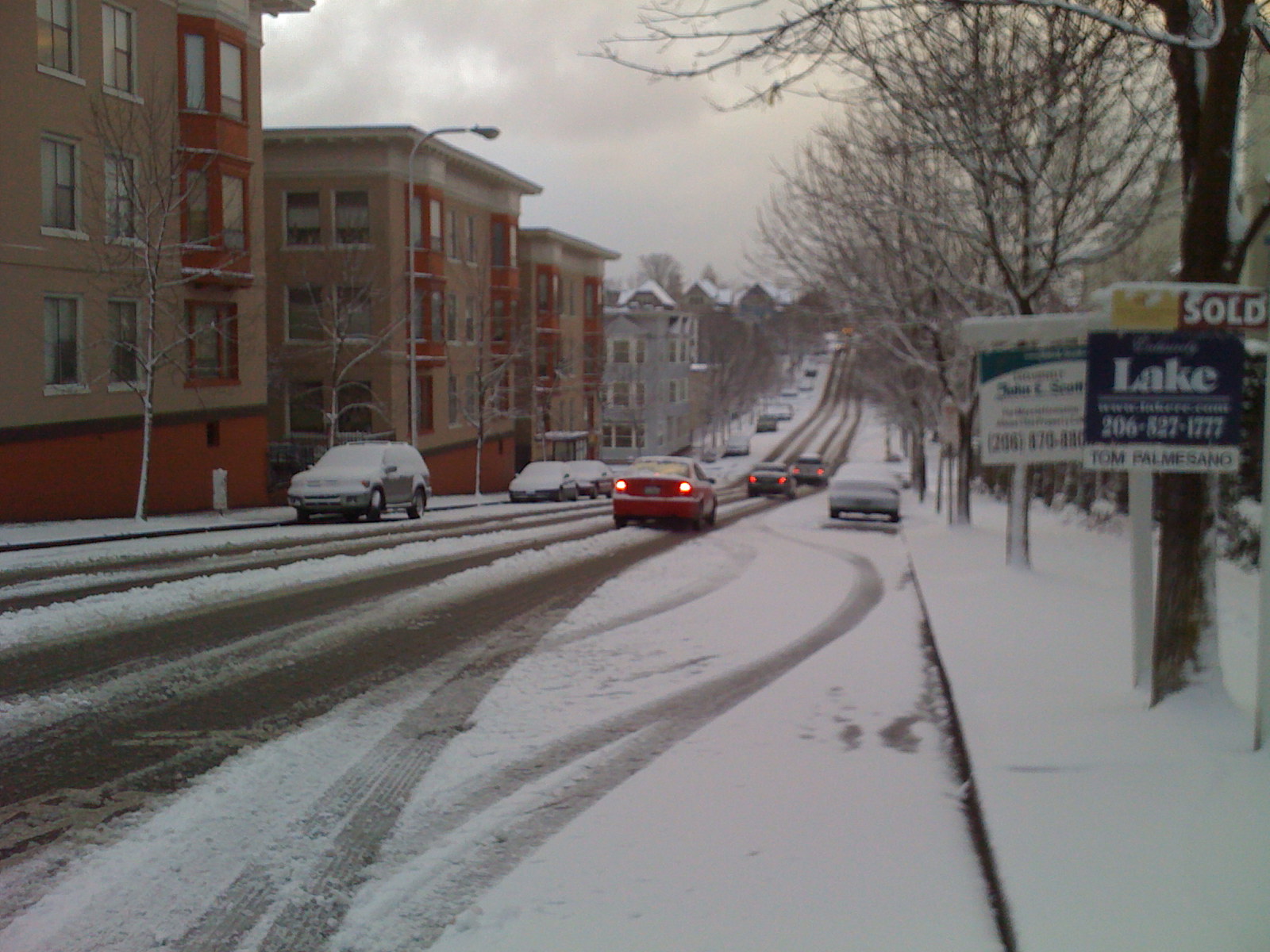 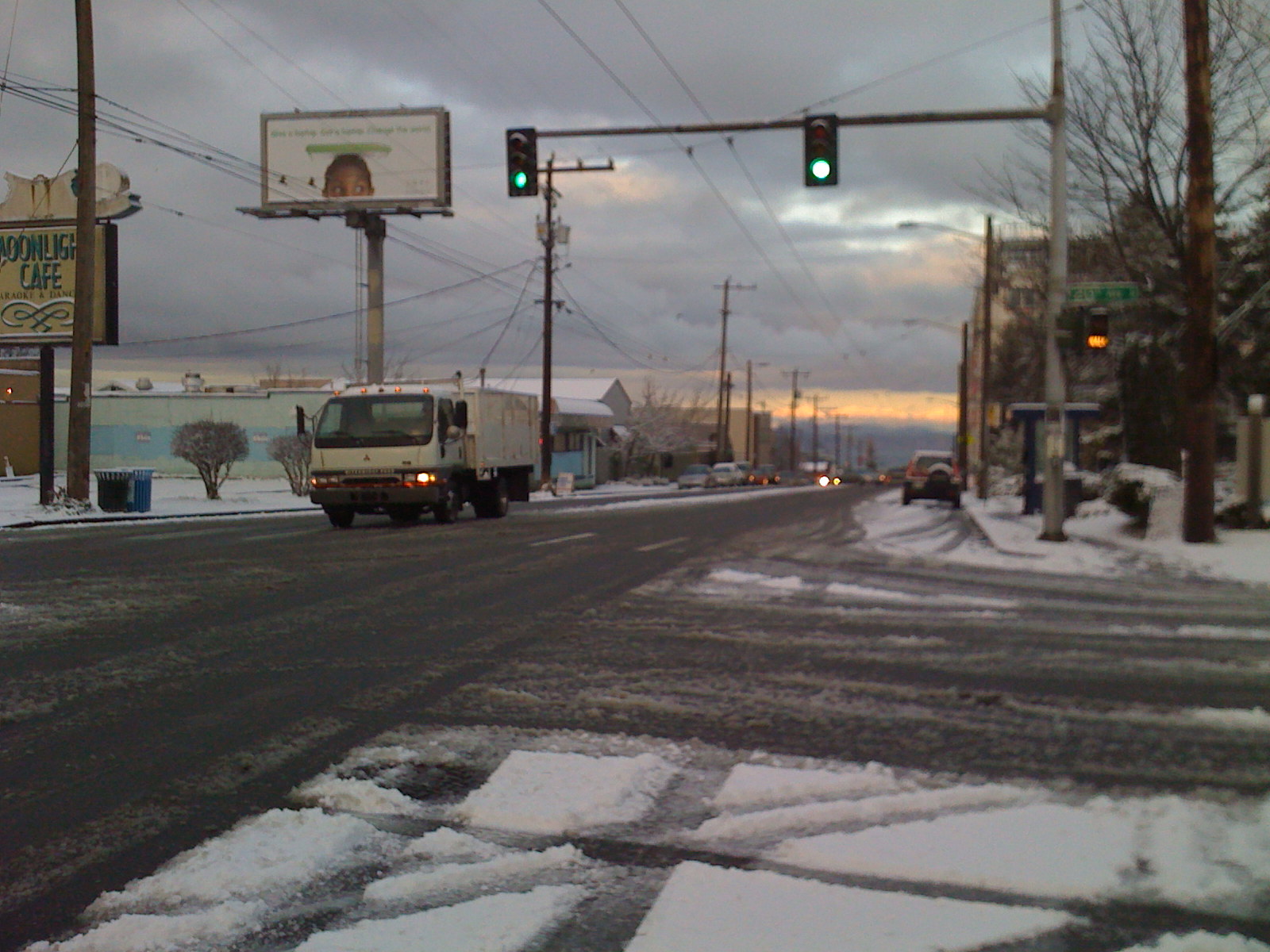 Jackson is the best east/west route seen so far 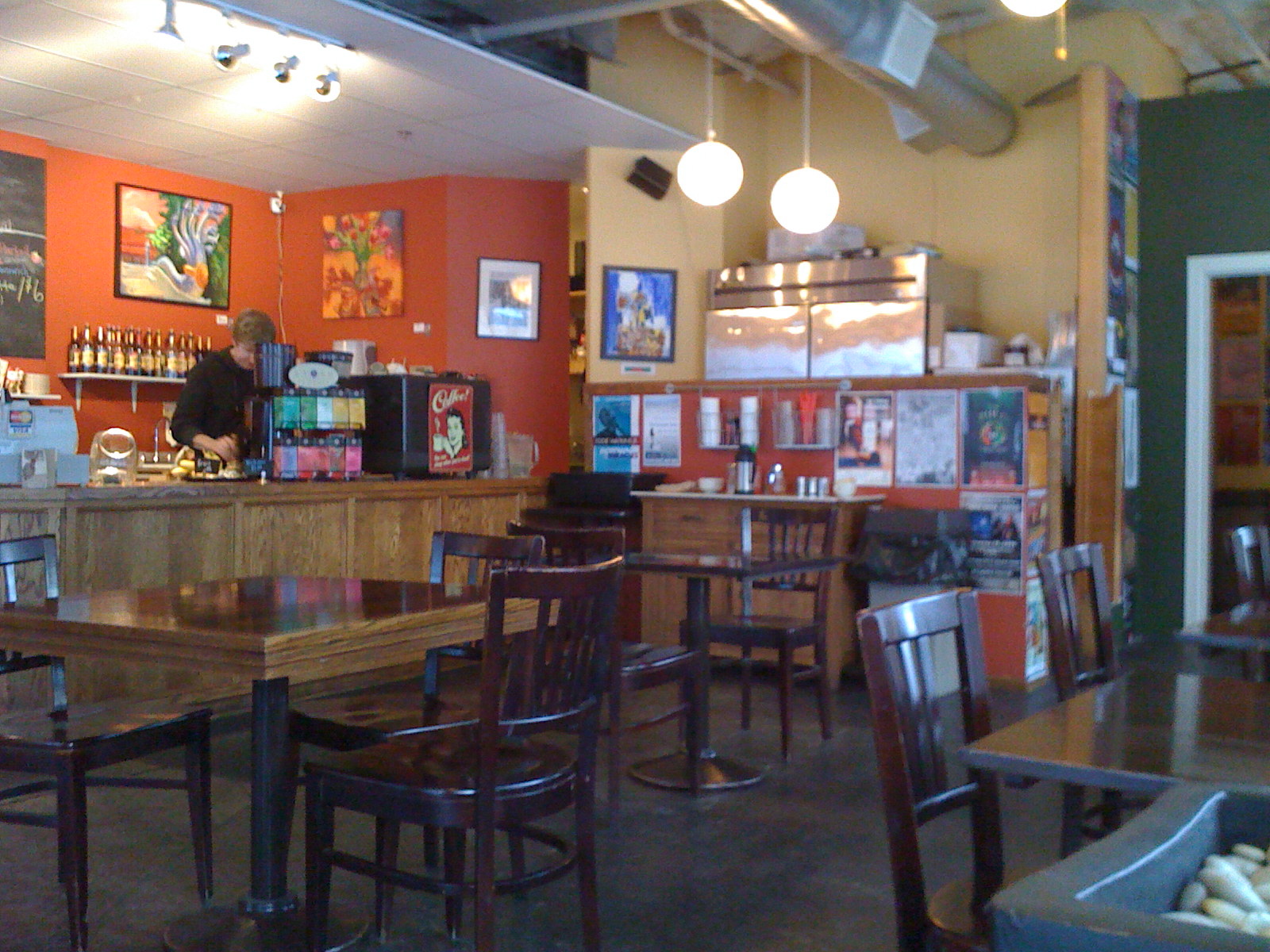