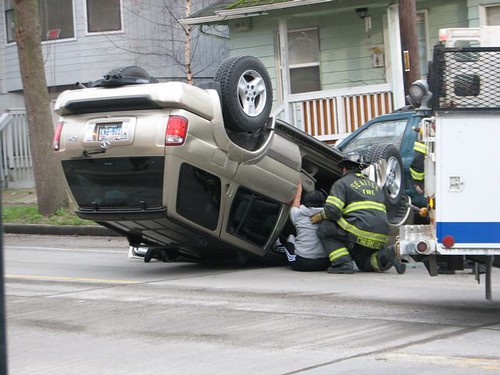 An accident popped up on the scanner a while ago, blocking both lanes of traffic on MLK at Norman. I went to check it out and found a gold SUV that had rolled over onto its top.

It’s not clear yet what triggered the accident.

I spoke to Tim who lives right in front of where the accident happened, and he said that only the one vehicle was originally involved.  They heard a crash and assumed it to be from the construction site across the street, but when they looked outside they saw the turned-over vehicle. A large medic response rescued the woman from the vehicle, and Tim says that she was alert and conscious and appeared to be in good shape considering the severity of the accident.

Unfortunately both of Tim’s vehicles were parked in front of their house and suffered serious damage in the process.

Northbound traffic on MLK is still being detoured while police finish their investigation.  Southbound traffic is getting through, but may encounter delays. 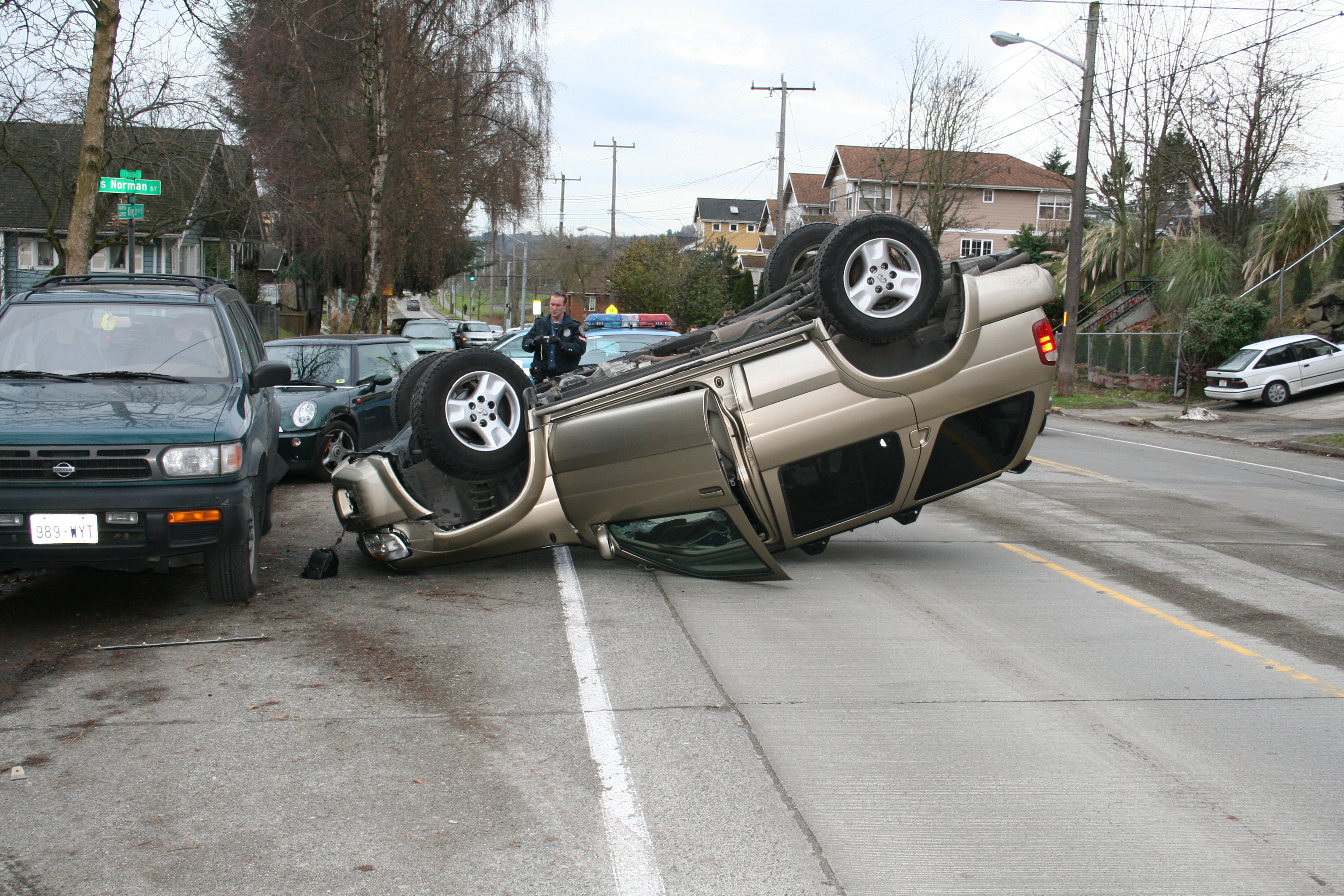 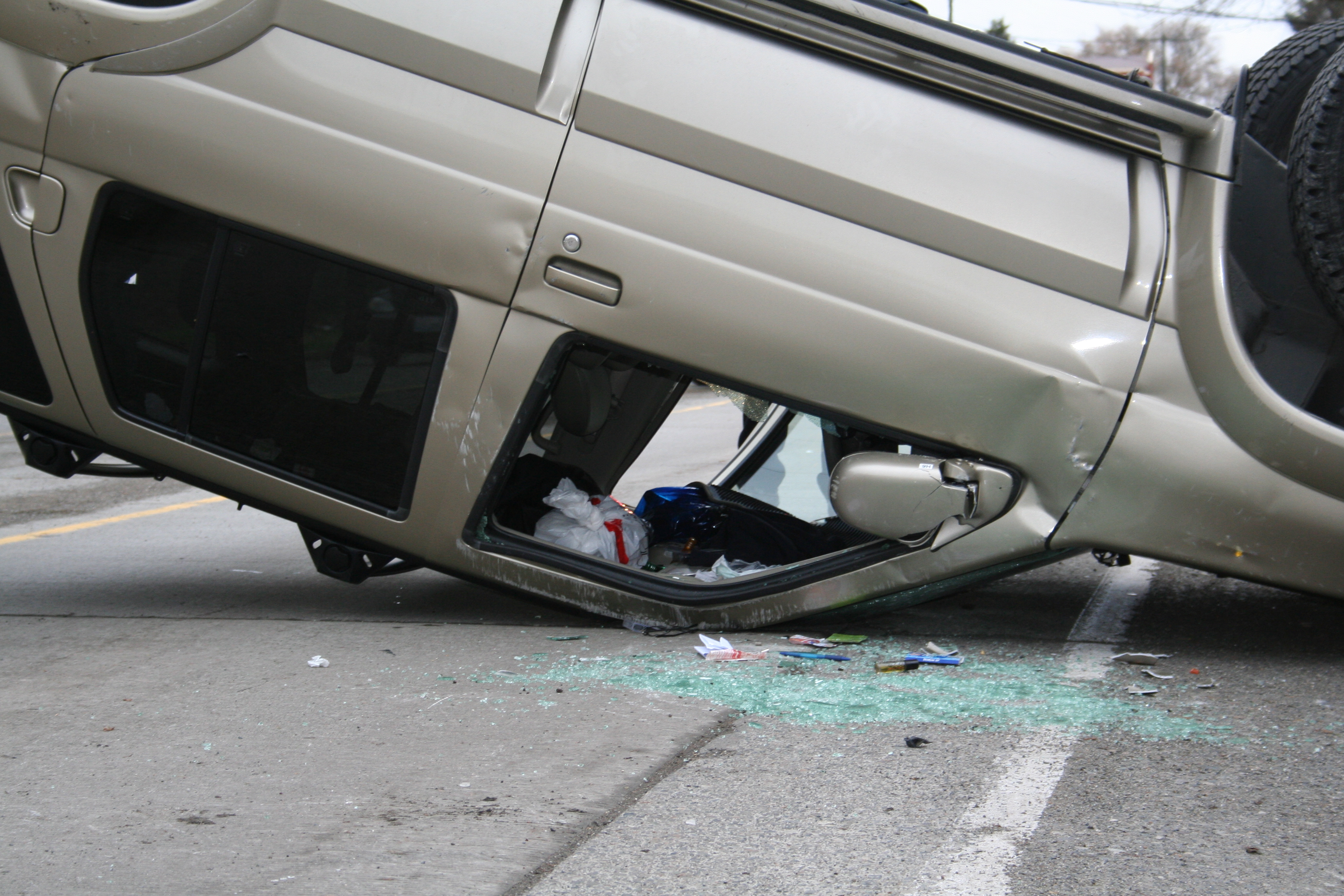 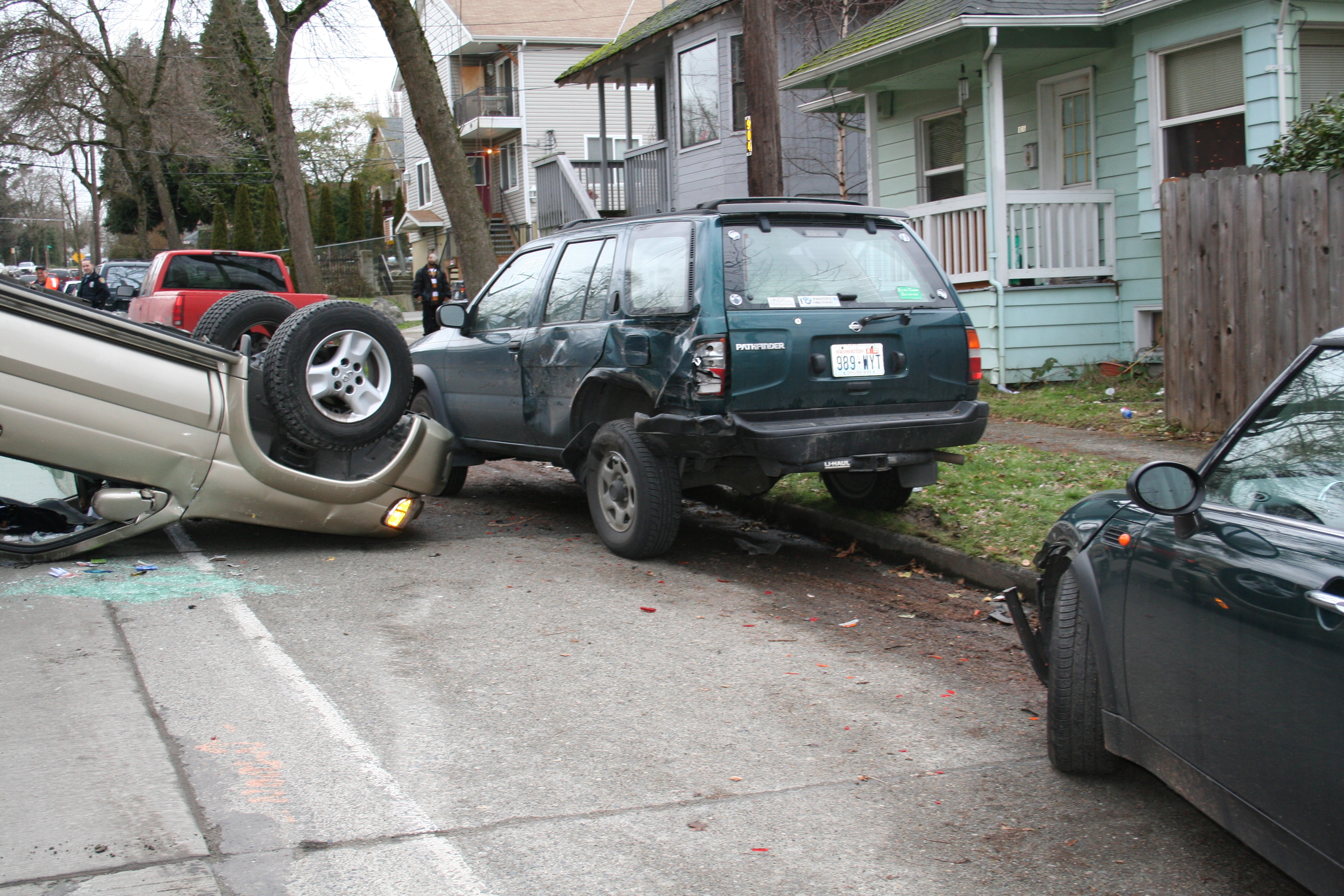 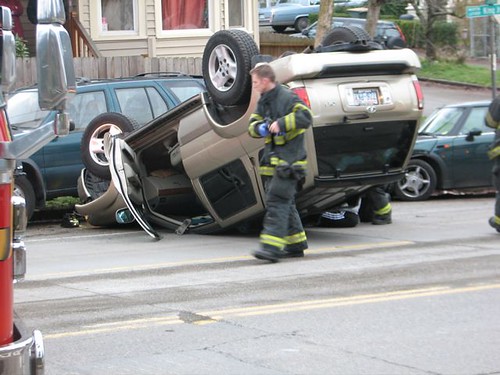 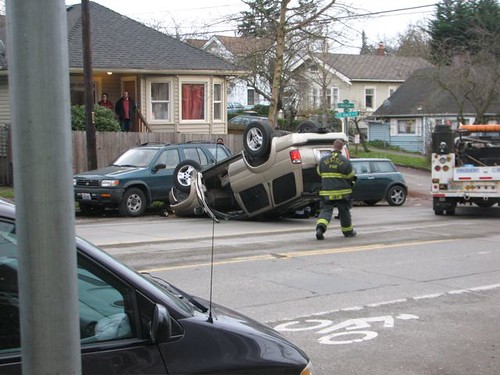