This Thursday the Central Area District Council will hold its first monthly meeting with its new officers, who were elected at the December meeting (details and agenda below).

Tenaya Wright is the chair, Thurston Muskelly is the vice chair and Ron Boddie is the secretary. Many of you will have met Tenaya (and her kids) at East Precinct Crime Prevention Coalition meetings. Thurston is active in many organizations in the Central Area and Ron was the District Council Chair last year. The vice chair also serves as the chair of the Central Area Neighborhood Plan implementation team. 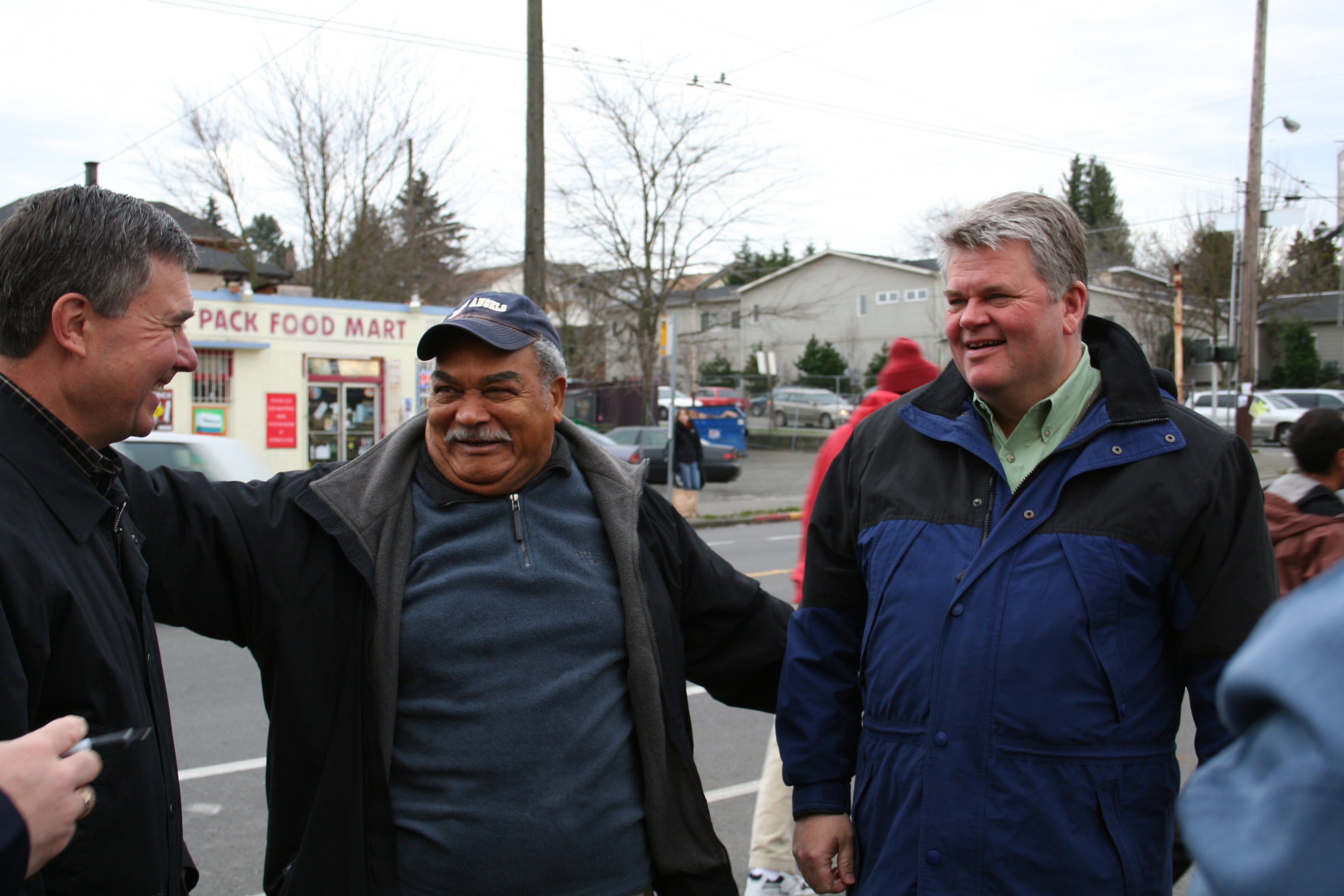 Thurston Muskelly(center) with the Mayor

It’ll be interesting to see how all the dynamics work out with this new slate of District Council and City Neighborhood Council officers.