The CD wasn’t designed for cars. It was mostly built by the time the Model T was produced, and was composed of narrow streets that often ended at inconvenient 3-way intersections.  It was mass-transit that enabled the neighborhood’s development, with a large network of cable cars and electric streetcar lines that connected us to downtown, Capitol Hill, and the Rainier Valley.

One of those was the Union Trunk Line cable car that ran east up the steep hill on James Street from First Avenue to Broadway.  From there passengers could transfer to electric streetcars heading north and south on Broadway, or onto one that ran east on Jefferson through the CD to Madrona, following the same route that the #3 bus travels today.

The cable car on James St. was driven by an engine located in a powerhouse on the northeast corner of Broadway & James. It operated until February of 1940 when all of the rails in town were dug up and replaced by buses.  But the brick powerhouse building remained on that corner for years after the cable stopped running.

In 1954 voters approved a bond issue to improve arterials throughout the city.  This resulted in several streets in the neighborhood being widened and straightened out. One of these projects took a narrow Cherry St. and made it into a east/west thoroughfare. In 1960, at the west edge of the neighborhood, they cut a new diagonal street to connect Cherry to James between 11th & Broadway. The old cable car powerhouse property occupied part of the space for that new street, thus requiring its demolition.

You can see some structures in the historical picture that still exist today, including the old apartment building at Broadway & James: 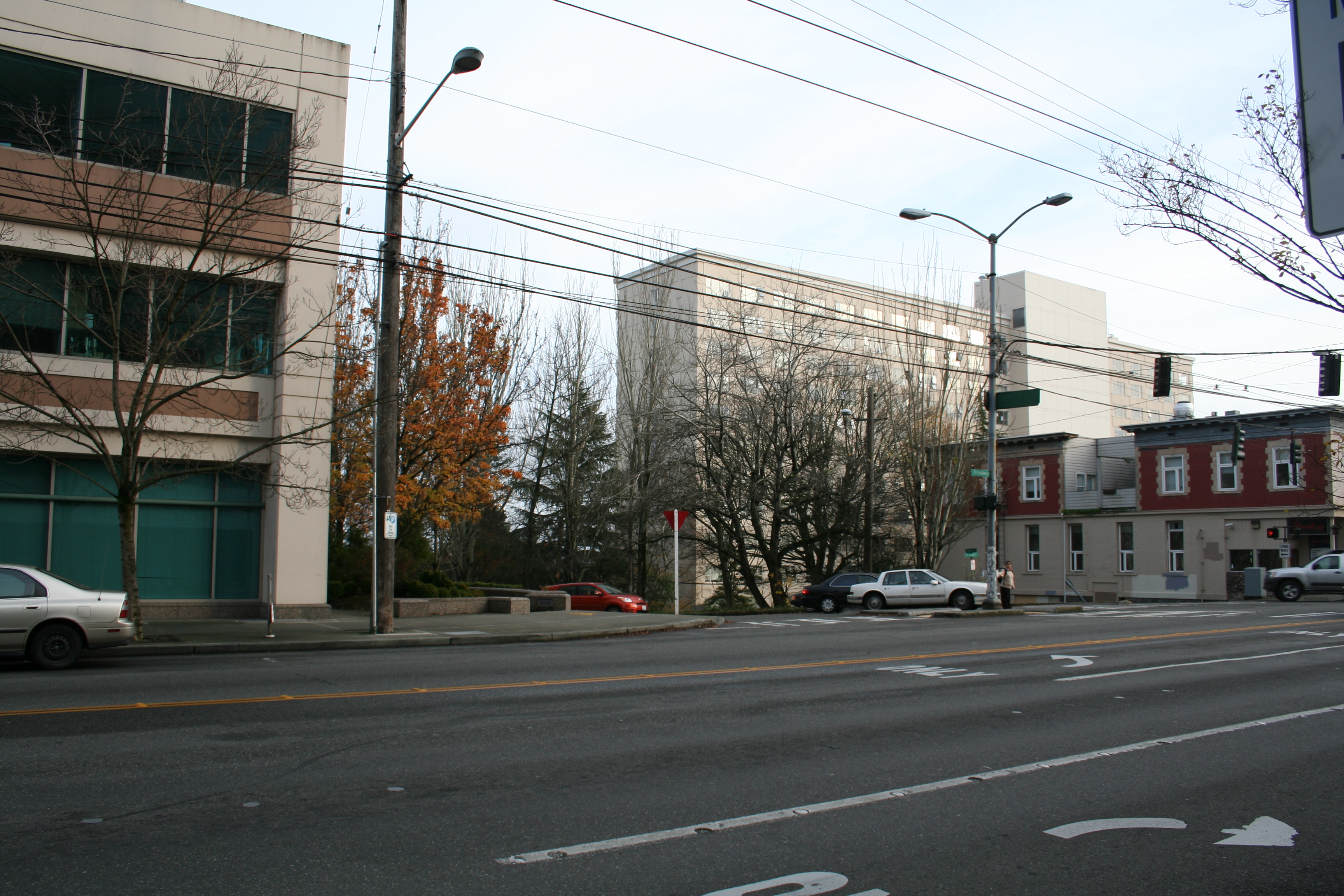 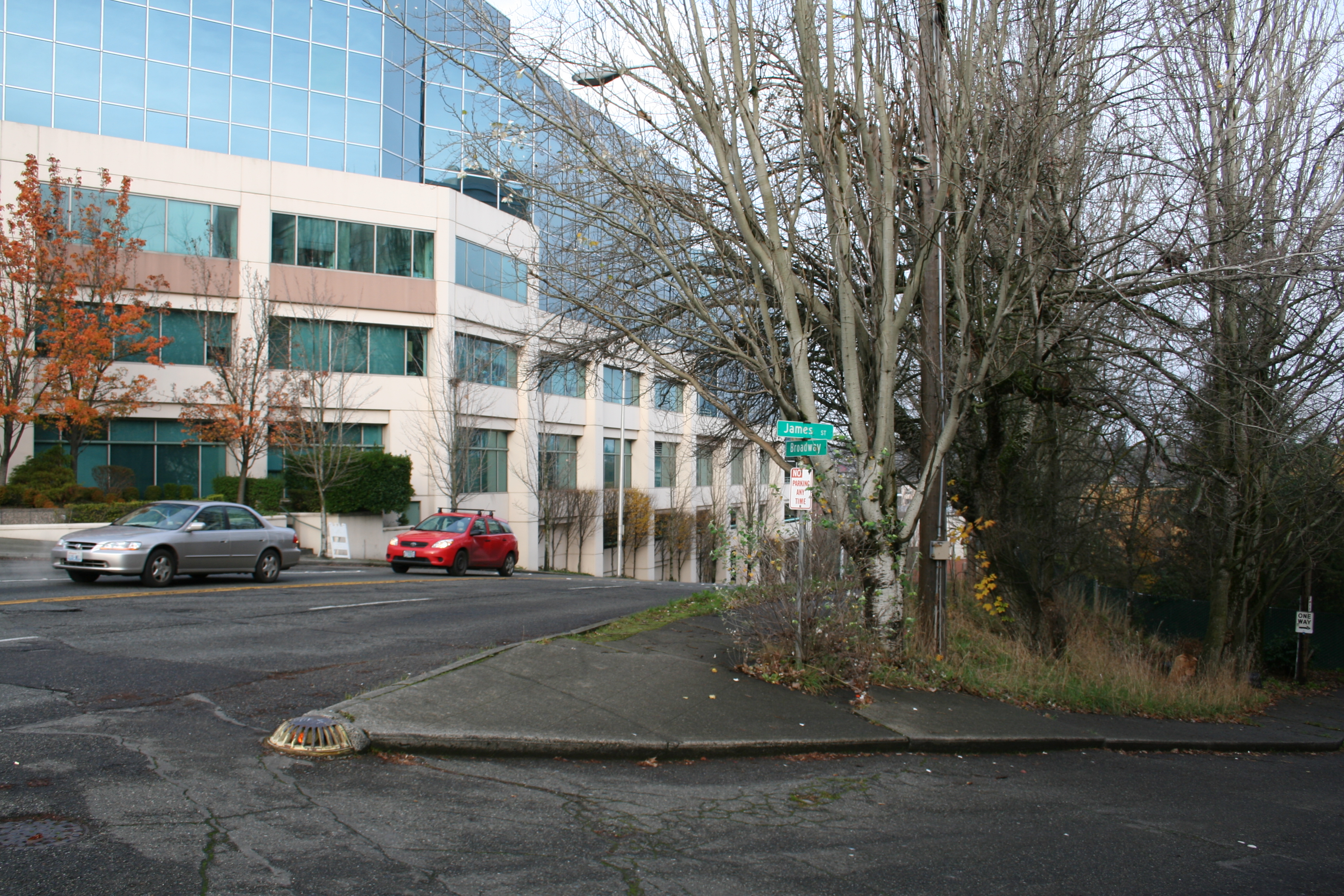 You can find full-size photos and more at the Seattle City Clerk’s website: