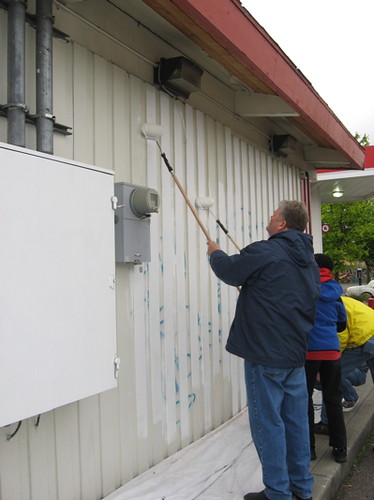 The usual suspects met in a light drizzle at Midtown Center (SE corner of 23rd & Union) to await the Mayor at the Clean & Green event. Groups of people under Department of Corrections supervision were busy picking up trash up and down the street, as were groups of young people (volunteers, I presume).

The Mayor arrived and posed with various people for pictures. Central Area neighbor Carolyn Walden showed the fountain on the plaza to the Mayor: it’s the Fountain of Triumph, sculpted by the late James Washington, Jr., the noted African-American
artist. She told him of previous neighborhood efforts to get the fountain working again and seems to have got him (and the City) interested in helping getting the water flowing again.

Developer Jim Mueller (whose building site across the street was being mowed as we met) and Tom Bangasser (owner of the property where the fountain sits) were also seen chatting next to (and maybe about?) the fountain.

The Mayor, Jim Mueller and I chatted about redevelopment of the Madison Street area, and whether the Mayor’s proposed “Homes within Reach” program would allow Jim to build affordable housing in his buildings on Madison.

The Mayor said a few words of encouragement, posed for more pictures and then grabbed paint and roller and set out across the street to paint out graffiti on the side of Richlin’s Super Mini. He eventually returned to the displays and goodies, in time to have his ear bent again by yours truly. 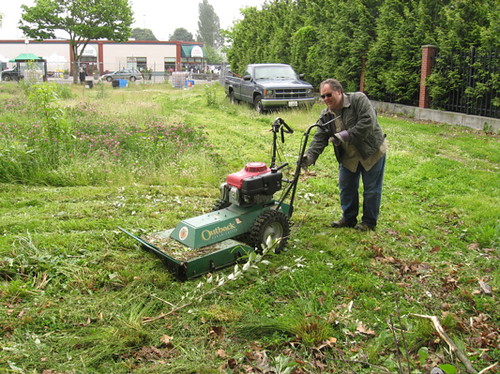 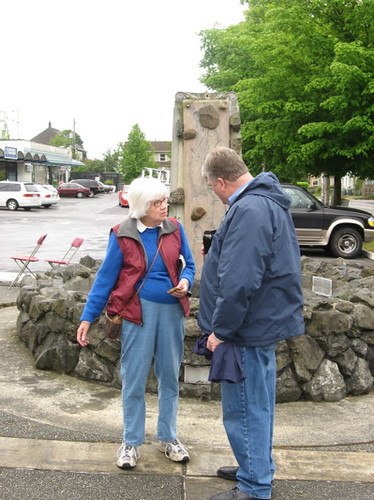 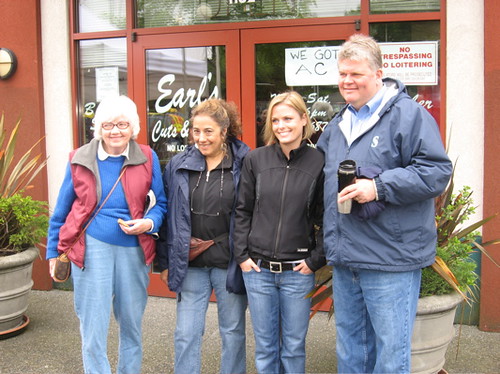 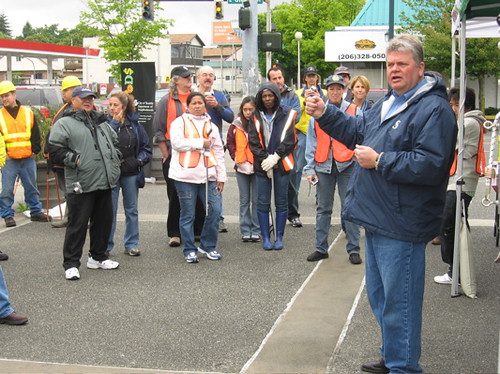 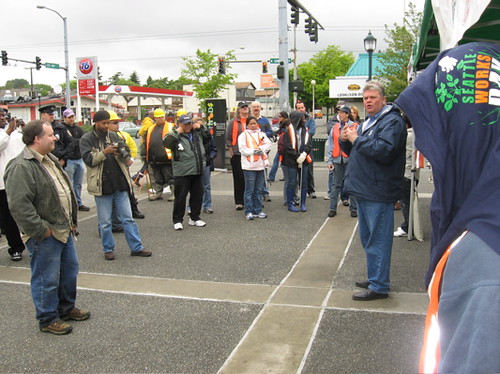 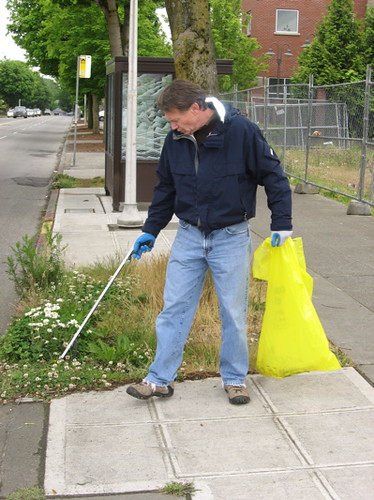 0 thoughts on “23rd & Union Saturday Clean & Green with the Mayor”