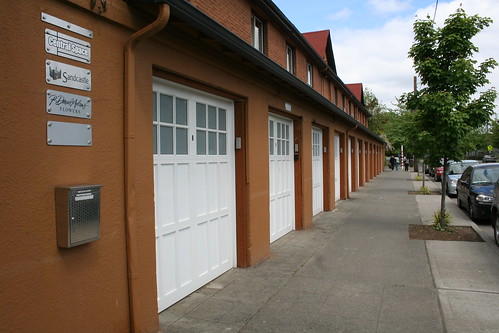 I had a chance to talk with Ron Rubin this afternoon over at the old Dilettante Chocolate space at 23rd and Cherry. He’s going to be the new owner of the property (the deal officially closes in a few weeks). He already owns that stretch of apartments and work/storage lofts next door along Cherry called Central Space. A real estate agent during most of his daytime hours, he’s got big plans for the overall area, which he wants branded with the Central Space name. (www.centralspace.com).

Ron says the Dilettante building is roughly 4,300 square feet, and that after plenty of work, he envisions four to five retail businesses going in. He’s nearly certain the former chocolate site will become — wait for it, wait for it — a new “higher end” coffee shop, though no tenant names are being mentioned yet. He wants at least an eatery or two to move into the other spots. He might even make one of the spaces his new office for Central Space. Plans are far from being finalized, but Ron says he likes the idea of even having a walk-up espresso counter on Cherry as part of the coffee shop, in addition to walking into the store. That could be cool. He also mentioned putting in an ATM machine outside the building (we’re reserving judgment on that).

He says it could be four to five months before we actually see any new businesses setting up shop. There’s still lots of renovation that needs to be done inside. Ron went out of his way to thank Jim Barger for selling him the property. I’ve talked with Jim before for a previous update on the Dilettante building. Ron says Jim, the owner of Greenleaf Construction, wanted to make sure that the changes would be for the benefit of the neighborhood. Definitely good to hear.

The Dilettante part of things is considered PHASE ONE. Ron says the second phase could truly transform the area. He likes the idea of revamping each of the garage-looking spaces that are currently rented out on a month-by-month basis to people with small businesses or hobbies and making them 300-square foot stores. A new marketplace, he says, that could become a regular destination point. Inside and outside would get big overhauls. (Ron says a recent trip to Thailand and the love of small storefronts there has inspired him.) He says PHASE TWO is another 5,000-square feet of retail space, making the total close to 10,0000-square feet for up to 16 businesses at 23rd and Cherry. Also, he says he’d like to begin lobbying the city to add a median to Cherry out front, and see angled parking in front of the stores instead of curbside.

I’ll stay in touch with Ron for new details about what’s going on in the coming weeks. 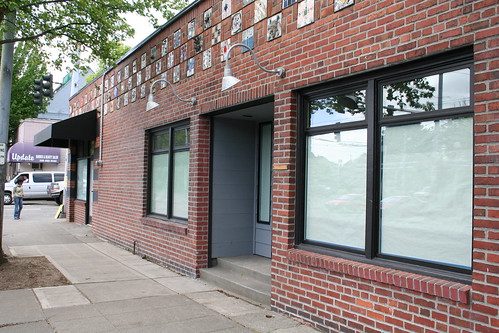 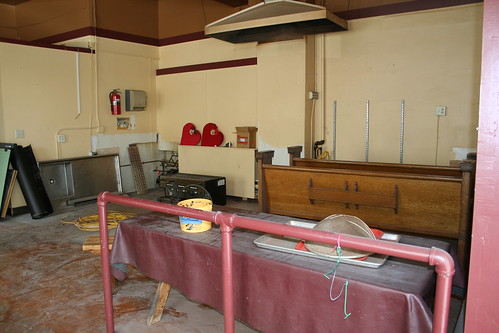