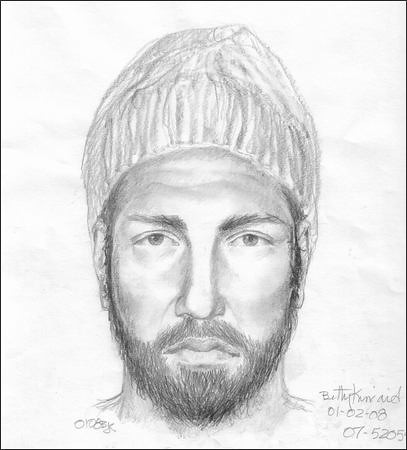 I attended the Capitol Hill Neighborhood Safety Forum tonight at Group Health. It was put together by the East Precinct Crime Prevention Coalition in response to the awful murder of Capitol Hill resident Shannon Harps on New Years Eve.

Mayor Nickels said a few words that you would expect the mayor to say, that he sympathizes as a parent with a daughter, reassured that Seattle is a very safe big city, and:

We will find the man that did this and make sure that he can’t do it again.

Well, I hope so, but I walked away feeling like they didn’t have much. Asst Cheif Metz stated they’ve had 100’s of tips, but still don’t know the motive of the killer, or if this was a random or premeditated attack. They have numerous leads and numerous people of interest, but they haven’t narrowed it down to one suspect. Police were very reluctant to release any more info for fear of jeopardizing the investigation. It just seems, to me, that if they have a few suspects, they would know by now if those people knew the victim. One optimistic point that can be made is a very quick response time by the police. Within receiving the call they were on the scene in a little over a minute, with fire and ambulance shortly following.

They opened the floor to Capitol Hill neighbors and the overwhelming concern had to do with inadequate lighting around the crime scene. I walked by to see for myself and they were right. It is not surprising that the killer would use this poorly lit location. It almost makes me wonder if this location was chosen beforehand, but I still think that maybe it wasn’t premeditated.

Other people questioned the overall safety of the neighborhood. I spoke with Susie, a resident who lives near the crime scene and she stated that she no longer feels safe. She even has changed the way she walks the neighborhood and avoids walking by people. She is a Manhattan native and says that she is returning to her defensive mindset developed there. She too agreed that the location was far too dark, but felt that the entire neighborhood needed better lighting.

Officials stated that the lighting situation would be addressed but needed everyone’s help in identifying the problem areas. They also urged everyone in the future to be better witnesses and even used the cliche “help us help you.” They made it known that patrols in this area have increased and asked people to continue to remain alert. So be on the lookout for the man in the sketch. They named him as the suspect, not just an important witness. He kinda looks like me and half the other guys in this city, good luck.

One note of caution. Yes, the killer is still out there, but one man stated that he plans on arming his wife with a concealed handgun, so don’t go making any sudden moves.

0 thoughts on “Shannon Harps and the Neighborhood Safety Forum”