The 26th annual MLK March began around 12:15 at Franklin High School, went up Rainier and 23rd Ave’s, east on Massachusetts St., then down MLK to Martin Luther King Jr. Memorial Park. There was a large turnout in spite of the cold weather, and everyone was in a cheery mood, even the SPD. The theme was “Let Freedom Ring: End Racism, Poverty and War!”.

The crowd consisted of people from every walk of life, black, white, latino, asian, young, and old. But as diverse as they were, their message was unified. As they marched chants for ending war, promoting social equality and economic justice rang loud and clear. This was done with the same passion and enthusiasm of the person for whom this day was meant to honor, and it was done peacefully and with dignity. The speakers at the rally spoke of the importance of education, strengthening families, and promoting goodwill while sharing the prosperity that we have come to know. It was as it should be, positive, hopeful, and optimistic. The organizers did a good job putting this together. I was disappointed with one part of the march, that I didn’t stick around for the free Ezelle’s and Catfish Corner lunch. 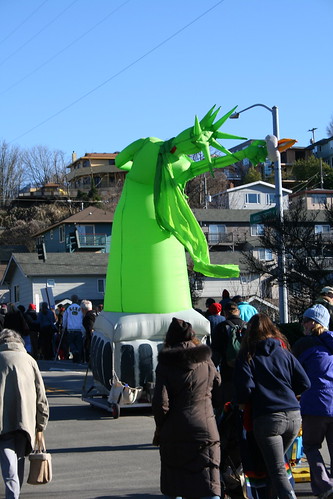 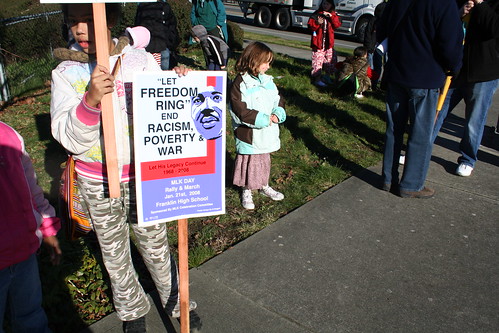 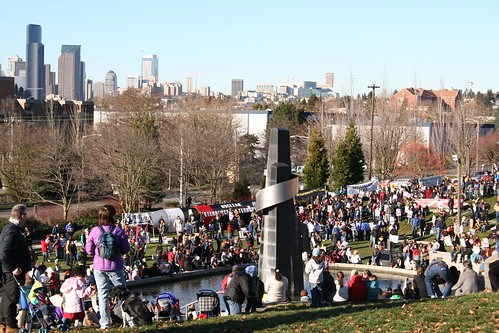 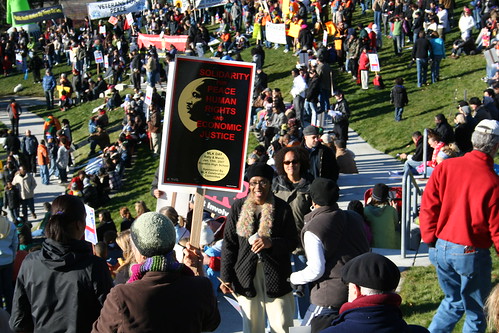 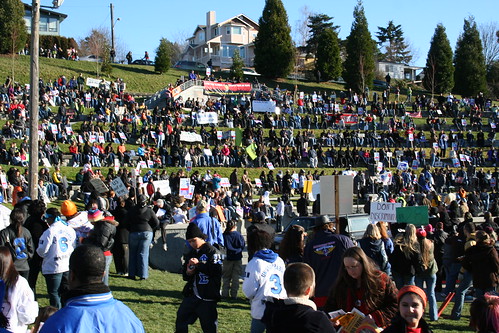 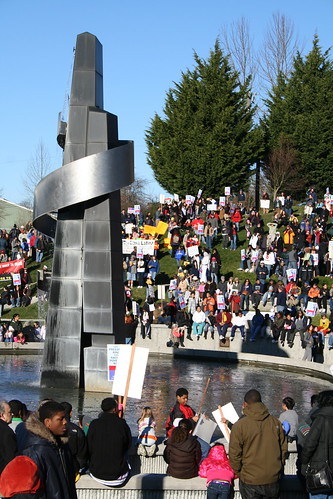 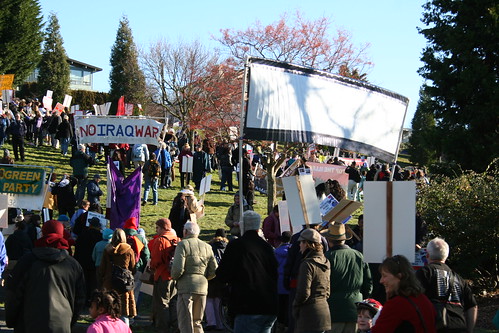 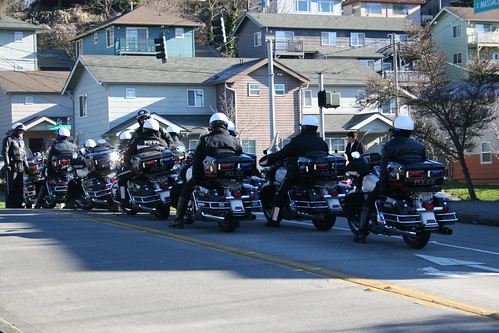