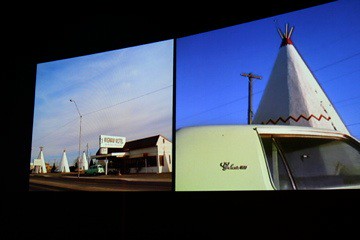 The other day Bill posted a notice of the Matt McCormick short film exhibit showing at the Hedreen Gallery at 12th and Marion, so i decided to check it out.

Matt McCormick is an independent filmmaker from Portland who is, as the gallery describes, “blurring the line between documentary, installation and experimental film.” His work has been screened at many film festivals and museums, and has received much critical success. He has even directed a few music videos for the band “The Shins”.

This exhibit shows “Future So Bright” and “Motor Hotel”, two short films “documenting the abandoned and endangered relics of American western expansion.” Both films are projected simultaneously on two different walls of the gallery. “Future So Bright” is a single channel loop that contains wide open spaces, forgotten places, and looks at the short-lived pioneer settlements of the late 19th and early 20th centuries. There is no dialogue, just long stationary views of the structures. The images remind me of paintings of rural landscapes containing old abandoned farm houses. McCormick’s scenes are very peaceful and stunningly beautiful. “Motor Hotel” is a two channel loop documenting the mid-20th century “car culture” motels and roadside attractions that sprang up along Route 66. It shows many old motels that went under resulting from the expansion of the Interstate highway system. Each scene is a long stationary shot of the structures accompanied by the ambient sounds of lonely traffic passing by.

All in all, its a very interesting exhibit, and I would recommend viewing it if you have a few minutes. You don’t have to be an artsy person to appreciate it . The gallery is free and open to the public Tuesday-Saturday 1:30-6:00pm. 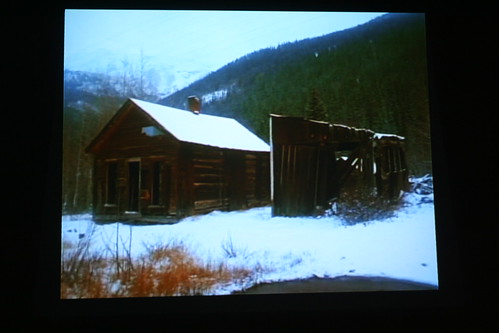 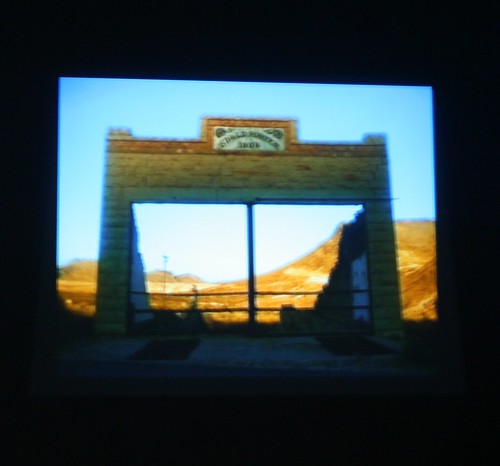