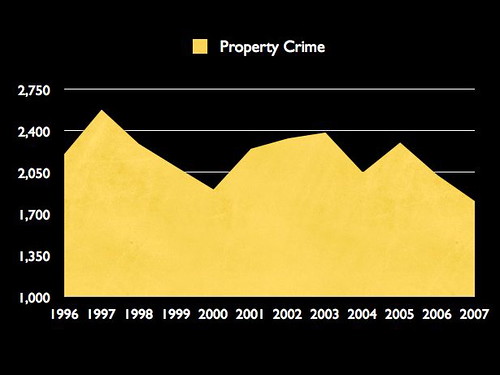 Today the Mayor had a big press conference to announce the crime trends for 2007, and it was pretty good news. The overall crime rate was 64 per 1,000 residents, which is the lowest level seen in Seattle since 1968. And the trend held true for all major categories of crime:

Curious about the trends here in the CD? Our super computers have been crunching the numbers all night here at Central District News world headquarters, and here’s what we came up with:

So in spite of some of the problems we’ve all been experiencing in the last year, the trends are still down on everything but murder, which is a small number and thus susceptible to fluctuations.

So what does this all mean? We’ve got more cops, less crime, and that means they should have more time to attack some of the less serious, non-violent issues around here. So warm up your 911 dialing fingers and report any crimes you see in 2008. 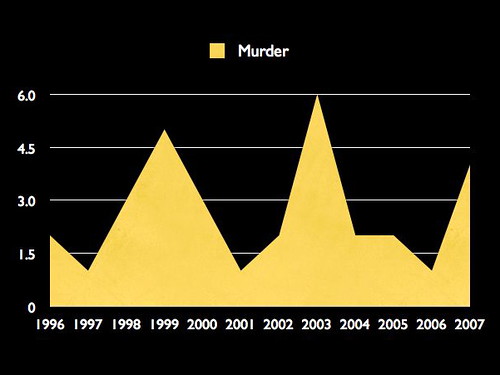 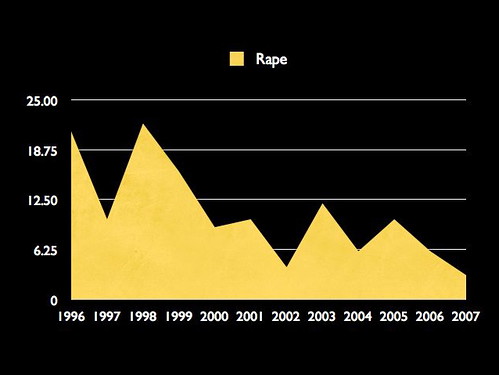 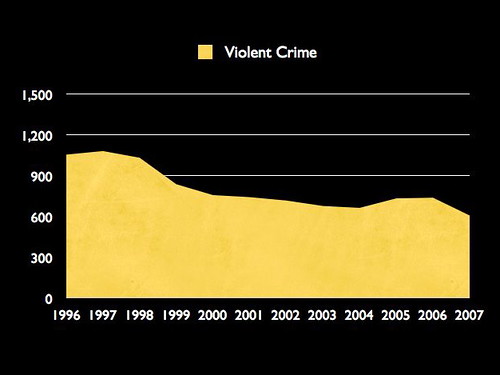