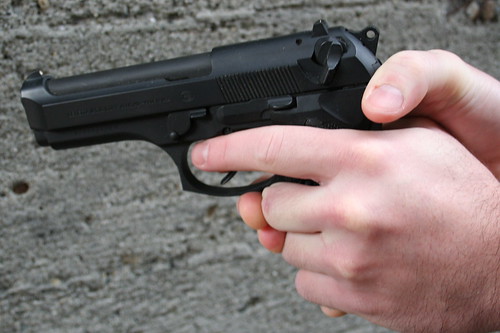 Seattle police responded last night at 2am to multiple reports of gunshots in the 1600 block of 27th Ave, just north of the intersection at E. Pine St.

I spoke to Renee Witt of SPD, who said that one victim was shot twice, and the suspect in the shooting was not located. There was no information available on the status of the victim. However, Mrs. Witt reported that police were able to “remove some evidence from the scene”.

UPDATE: King5 News reports that the shooting occurred as “a number of people gathered” in the area, and that the incident may be gang related.

Live in the area? Have more information? Leave a comment below.