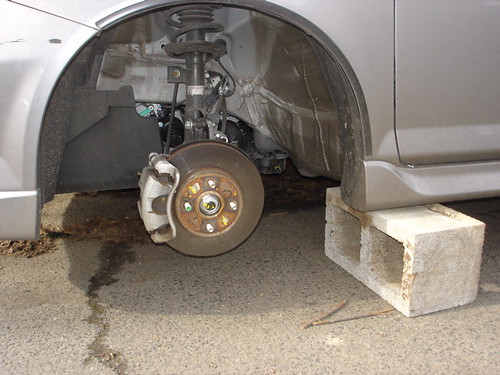 Between midnight and 8:00a (2/8/09), all four wheels of our 2007 Honda Fit were stolen. The car was parked overnight in front of our house. We discovered the car on bricks (literally) in the morning. All four wheels (rims and tires) were gone. We reported it to the cops. The officer believes that it was a really quick operation with multiple people and probably took a couple of minutes – stolen probably to fit their own vehicle. People who stole the wheels knew what they were doing. As the officer didn’t see any prints on the car. The car has an alarm system so the thieves didn’t try to break into the car. According to the officer, their motive was to steal the wheels and that the thieves were not interested in the car. 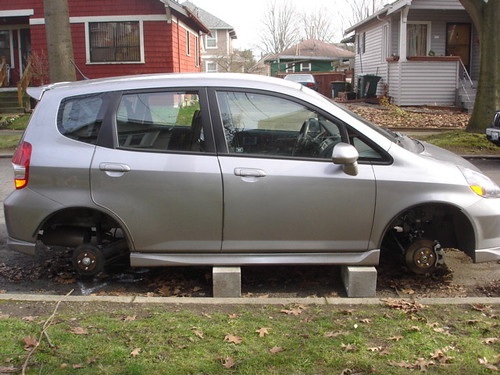