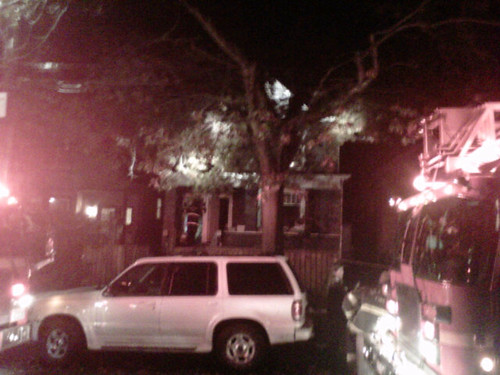 A two-story house caught fire Wednesday evening near 26th Ave S and S Jackson St. Firefighters were able to put the fire out in 15 minutes, according to SFD.

Everyone in the house was evacuated safely. Investigators are heading to the scene.

The fire was on the second floor of the house and went into the attic.

UPDATE: Seattle Fire says the fire was likely started accidentally. The family of six who lived on the second floor were out trick-or-treating when the blaze began. A cat and two dogs are still missing.

Central District Engine Company 6 arrived first to find the second floor of the duplex fully involved. A wheelchair-bound downstairs resident and a relative were unaware of the flames burning a few feet above them. Firefighters evacuated the occupants and carried the man in the wheelchair down a set of stairs to safety.
The family of six who lived on the second floor was not home at the time of the fire. They were out trick-or-treating.

Next crews attacked the flames in the second floor. The fire extended up into the attic space. Exposure hose lines were laid to protect the next door neighbor homes.

It took crews 25 minutes to completely extinguish the flames.

While searching the 2nd floor for survivors, firefighters saved a cat named Lolita who was hiding in the bathroom. Several hours later, 2 more kittens were found hiding in the debris of the kitchen. All three cats were reunited with their owners. A third kitten and two dogs are still missing.

One firefighter suffered a minor injury while assisting with the evacuation of the wheelchair resident.

The Red Cross assisted 3 adults and four children with shelter.

Firefighters will be keeping an overnight fire watch to make sure the flames do not re-ignite. 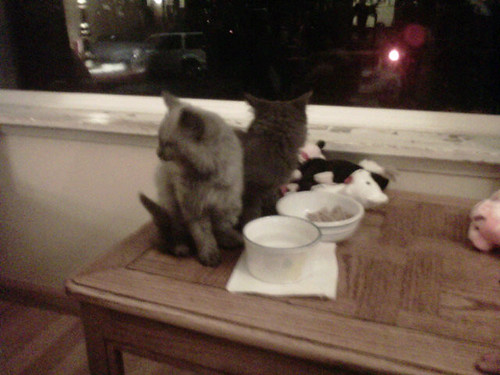 11 thoughts on “House fire at 26th/Jackson, everyone evacuated-UPDATE: Family was trick-or-treating”