Here’s a look at some of the recent crimes in the area. Information is from Seattle Police reports.

Several robberies near 23rd and Madison

There have been a string of robberies near 23rd and Madison in the past month or so. We reported previously on a pair of violent robberies near the intersection in October, as well as a business robbery. Our sister site Capitol Hill Seattle reported last month that the Subway near Safeway was held up October 18.

A man waiting for the bus at 2 p.m. November 9 was robbed at gunpoint after having a conversation with another person who appeared to be waiting at the same stop. 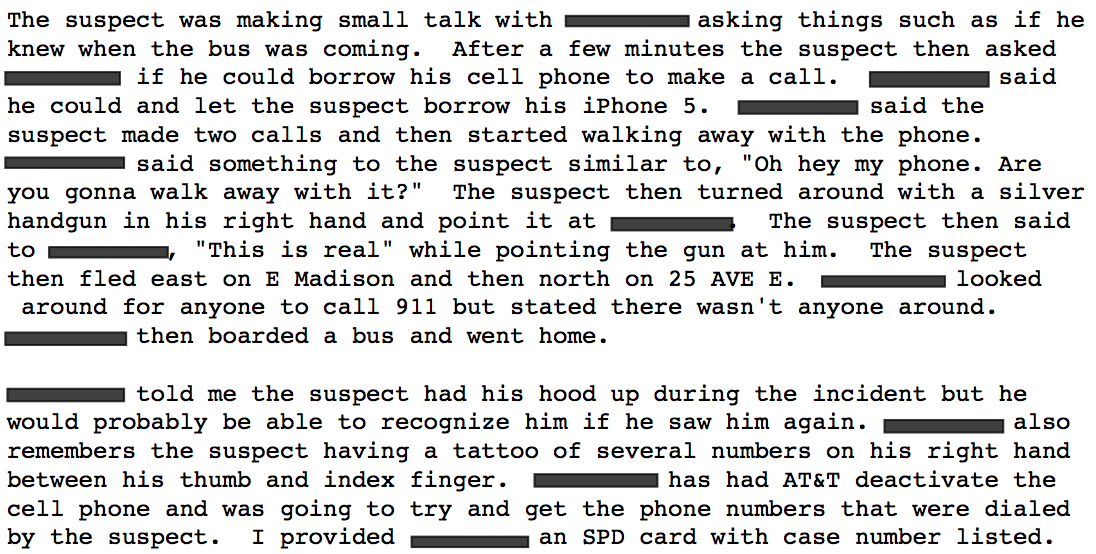 A suspect grabbed a woman’s iPhone while she was talking on it around 10 p.m. October 30 at 22nd and E John.

A group tried to rob a woman of her purse around 8 p.m. November 4 at 22nd and John. She struggled even with an apparent gun pointed at her. 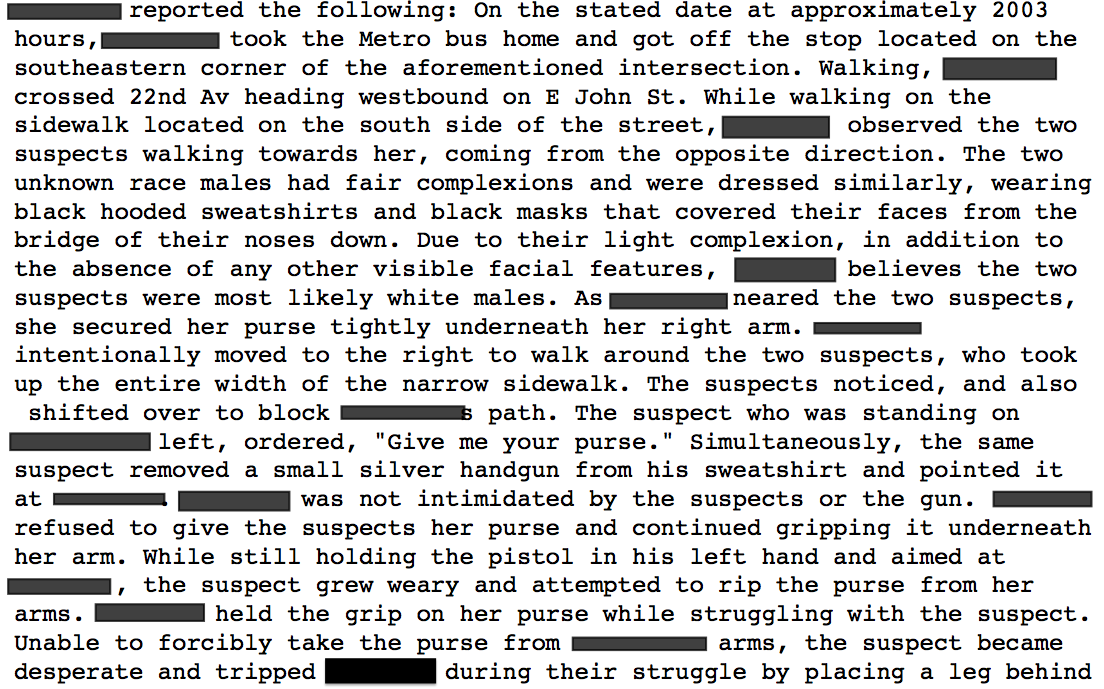 A woman was robbed by three men, two of whom were wearing ski masks. The presence of masks sounds similar to the November 4 robbery at 22nd and John reported above, but there is no indication in the police reports that the incidents are connected.

A witness saw them run toward an apartment complex at 19th and Pine. Police were investigating possible surveillance footage there.

A man fixing a work truck in the Arboretum fended off an attempted robber with a wrench. 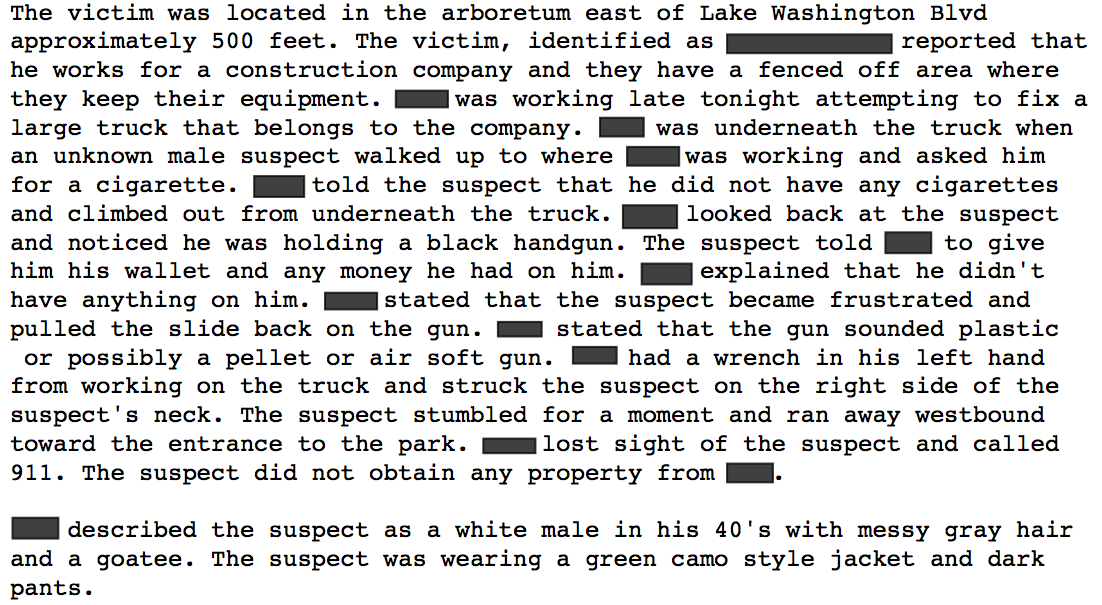 One thought on “Crime Roundup: String of robberies near 23rd and Madison continues”