King County Metro’s big service changes go into effect today. Most of the talk is about the elimination of the Free Ride Zone downtown, but there are changes to bus service all over town, including the CD.

The biggest proposed changes in the neighborhood were largely rolled back during the community outreach process. The 27 was originally going to end before Colman and Leschi Parks. Those changes were scrapped, but there will be reduced service on the line:

Service frequency will be reduced to every 30 minutes during the afternoon peak period. Alternative service will be provided by routes 3 and 4 on James, East Jefferson and East Cherry streets and Route 14 on South Jackson St. Also, Route 27 will be separated from Route 17 and connected to Route 33. 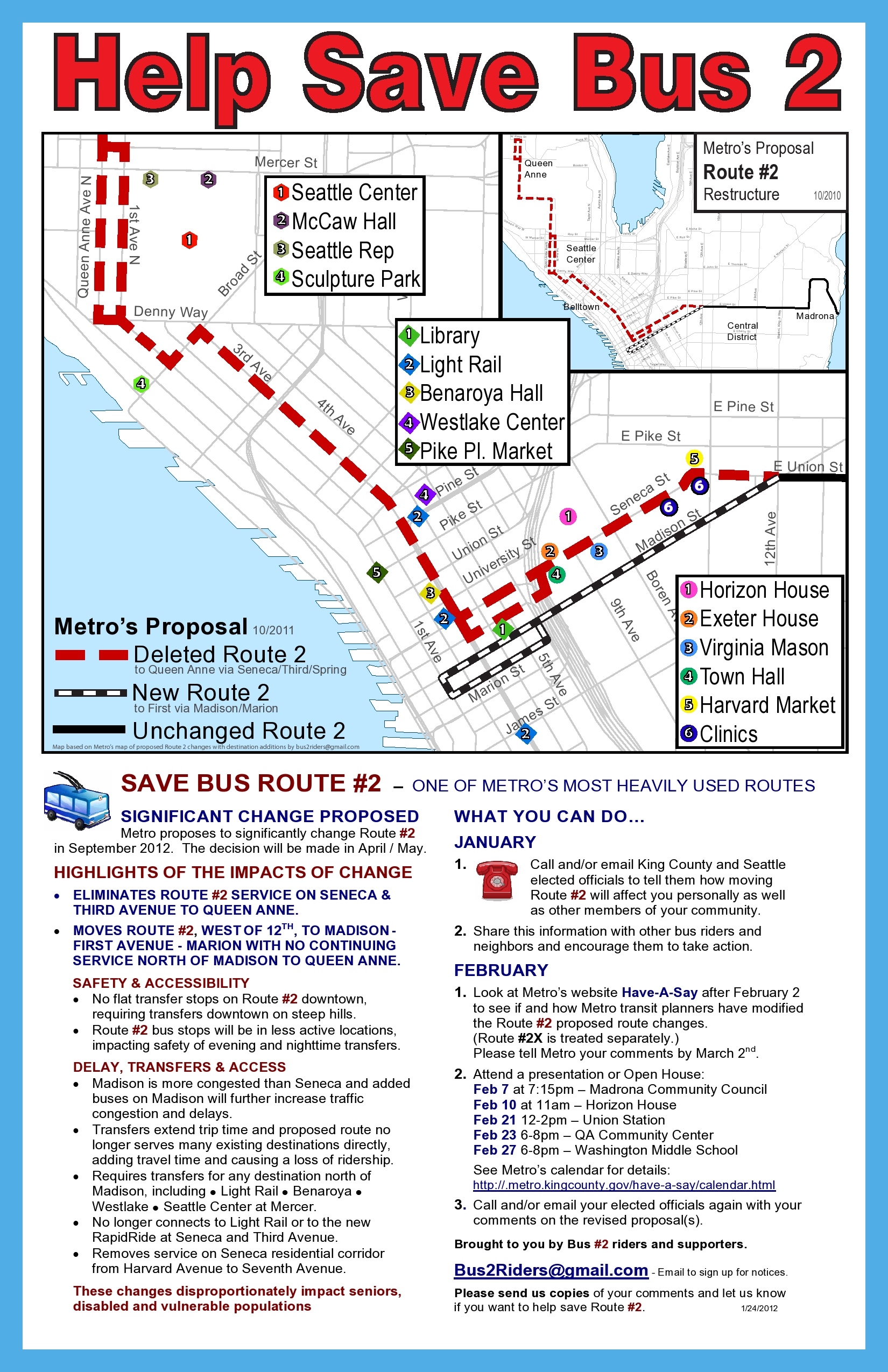 There were also big changes proposed for the 2. Originally, Metro was going to route the line down Madison instead of Seneca (and, therefore, Westlake Park). These changes were also scrapped after much public opposition.

Route 4 once appeared on the chopping block in exchange for boosted service on the much more heavily used Route 3. Instead, Route 4 will see some reductions in service. Details:

Also on weekends, one southbound trip to Judkins Park via First Hill leaving 3rd Ave & Union St at 5:37 am will be added.

Our sister site Capitol Hill Seattle has more details on routes changes in the area:

How’s it going out there? We’ve been posting about this big round of Metro service changes all year — now they’re finally here:

Some transit service delays are expected in downtown Seattle as bus riders, transit operators and traffic adjust to route changes and the pay-on-entry system. Metro personnel will be available to answer rider questions Monday at key transit stops in downtown Seattle, Ballard, Burien, West Seattle and Northgate during the peak commute times 6:30-9:30 a.m. and 3:30-6:30 p.m. Some locations also will have personnel 12:30-3:30 p.m.

Around the rest of the city, there are

What are you seeing out there?

7 thoughts on “Metro’s big changes go into effect today – How have they affected the CD?”