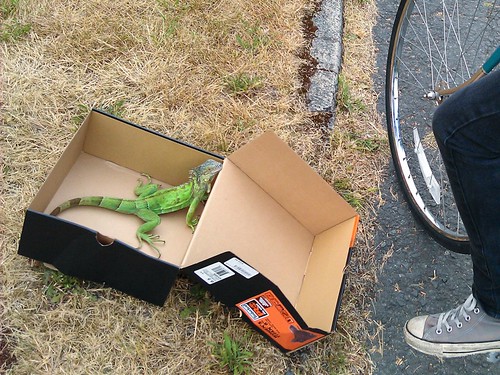 In following up with Animal Control about the dog lost from my block, I learned that they are holding a green iguana that was found at 19th and E. Marion a day or two ago.  If it’s yours, call them at 386-7387 – the shelter is located at 2061 15th Ave. W.

was just biking home from the grocery store and thought I saw a lizard tail. Turned around and found this guy in a shoe box by the road: http://imgur.com/a/TUucf

I have no idea what it is or what to do with it. I’m guessing some assholes decided they no longer wanted a pet. Anyways, it’s probably still there. We just passed by it on August 18 at 6:15 PM.