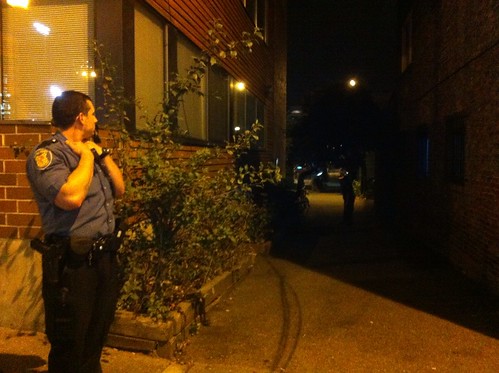 I was just dining at Mesob on 14th & Jefferson when a quick series of what sounded like firecrackers going off. Then the police came in to ask about gunshots. Any news on what happened?

EDITOR’S UPDATE: There was a shooting in the alley on the southeast corner of 12th and Jefferson around 8:15 p.m. Friday. According to officers on the scene, the victim was not seriously injured (got grazed, it sounded like). Gang Unit was en route to investigate while CDNews was on scene.

Officers were working the scene, marking shell casings and taking photos. We don’t have more details on the incident at this time.

3 thoughts on “Investigation behind Mesob?”