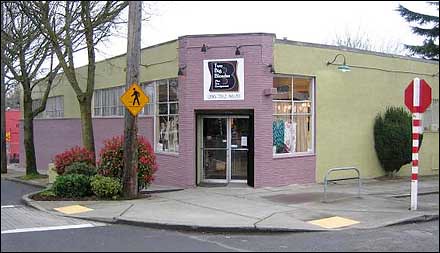 Jackson Commons, a citizen group headed by Knox Gardner to promote activity and business on Jackson Street, has been profiling businesses on its blog. They recently chatted with Susan Smith from Two Big Blondes about what makes Jackson a good place for a business, and what challenges the street faces.

Two Big Blondes is a plus-size consignment store for the ladies. They have a steady stream of shoppers, helpful staff, and though unassuming from the street, it’s vast! We were curious about their long-term success on Jackson and came to realize that part of that success is that they’re a destination not only for women in the city, but even ladies who live out of town. They are also affiliated with the Seattle Women’s Assistance Fund, meaning you can drop of charitable donations there!

When we’ve thought about the blend of retail that should be on Jackson, having this type of business that can draw a wide range of people from outside our own neighborhood is critical to the success of the entire street and more neighborhood-centric services.

We had a chance earlier to chat with Susan about running her business on Jackson and the challenges she has.