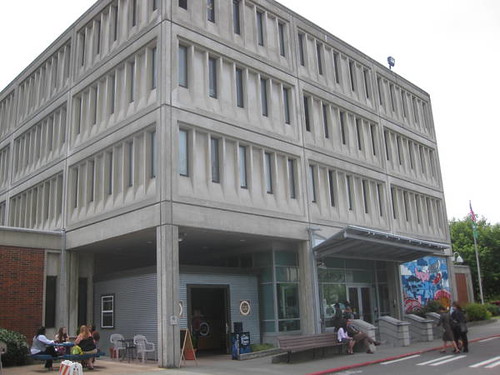 UPDATE: With 20 percent of the vote tallied, 52.63 percent of the votes counted said yes on King County Proposition 1. The next batch of results will come out tomorrow afternoon, so we’ll see if the project can hold onto its lead.

You know there’s a primary election today, right? The last pickup at the 23rd and Union Post Office is 6 p.m. Tuesday, or you can take your ballot to the 4th and James drop box at the King County Administration Building by 8.

The ballot issue that would have the biggest effect on the CD is King County Proposition 1, which would fund an overhaul of the Youth Service Center at 12th and Alder. While the issue has received support ranging from The Stranger to the Seattle Times, it has brought forth contentious debate (see previous CDNews stories here and here). Here’s what advocates from both sides say about how Tuesday’s vote will impact the neighborhood.

“Yes for Children & Families” campaign manager Jake Faleschini said that if  King County Prop 1 is approved a “2 year planning process would begin … with lots of community engagement …  and construction would finish around 2019.” He says part of the reason it will take so long to complete is due to “rotating construction” which will allow the facility to house juvenile offenders currently using it and others who use the facility throughout the rebuild. 4,000 people use the building daily, he said.

Ariel Wetzel, a doctoral candidate at UW and supporter of a no vote on the juvenile center levy said in a recent Slog article the measure which will sell off about a third of the land would, “make gentrifying developers into prison profiteers.” However Faleschini, counters that no developers have been approached yet and that it is too early “to put out a bid.” However he says the county would make sure that some of the housing purchased would go towards the creation of “mixed income residential” buildings.

Faleschini says the current facility “screams we don’t care about you.”

“It’s a bad structure…that really just needs to be replaced,” he said.

Wetzel, on the other hand, says a less expensive renovation is reasonable but wouldn’t correct current problems in the justice system.

“The jail cells themselves were built in 1991, which is actually pretty recent,” said Wetzel, who recently took a tour of the facility. “The portions of the building that are in disrepair are the administrative offices.”

The Yes campaign has had arguably a larger presence in the community with the backing of The Stranger and The Seattle Times, as well as local politicians. But Faleschini described the campaign as lacking in “operational funding” and not having “deep pockets.”

The No campaign has had a much smaller but strong web presence consisting of Wetzel’s Slog article, a Seattle Times Op-Ed written by Louis Edelman and Kimberly Ambrose, who teaches a race and justice clinic at the UW Law School, a small wordpress page,  an opinion piece from the Seattle Globalist, and the Festival of Resistance, a grassroots gathering that was held outside the center.

Faleschini described the no campaign as a bunch of “Anarchists” and fiscally “conservative nutjobs.”

In a recent opinion piece by County Executive Dow Constatine and Prosecutor Dan Satteburg, the officials say the money for renovations will provide for “modern approaches that move young people out of the criminal-justice system and provide help for families — juvenile drug court, parent-to-parent mentoring programs, therapeutic services for youth.” Wetzel however thinks that “King County should keep focusing on their diversion programs,” and invest in programs that “affect everyone,” such as libraries instead of funding incarceration.

One thing that the No and Yes campaigns do agree on is that juvenile detention is on the decline.

CDNews will follow Proposition 1 Tuesday evening to see how it fares. Stay tuned.