In Part 1 of the series, the southeast corner of 23rd and Union loses it’s biggest tenant: the US Post Office. In Part 2, we look west across the street to a discouraging vacant lot.

When discussing 23rd and Union, it’s impossible to ignore the weed-filled, fenced-in and sometimes water-collecting vacant lot on the southwest corner. Once the site of the Coleman Building—which housed the still-talked-about Ms Helen’s Soul Food Restaurant—the storied corner has been fenced off since the 2001 Nisqually Earthquake damaged the building beyond repair.

Now, the property is up for sale as an approved and permitted project ends it’s fourth stalled year. 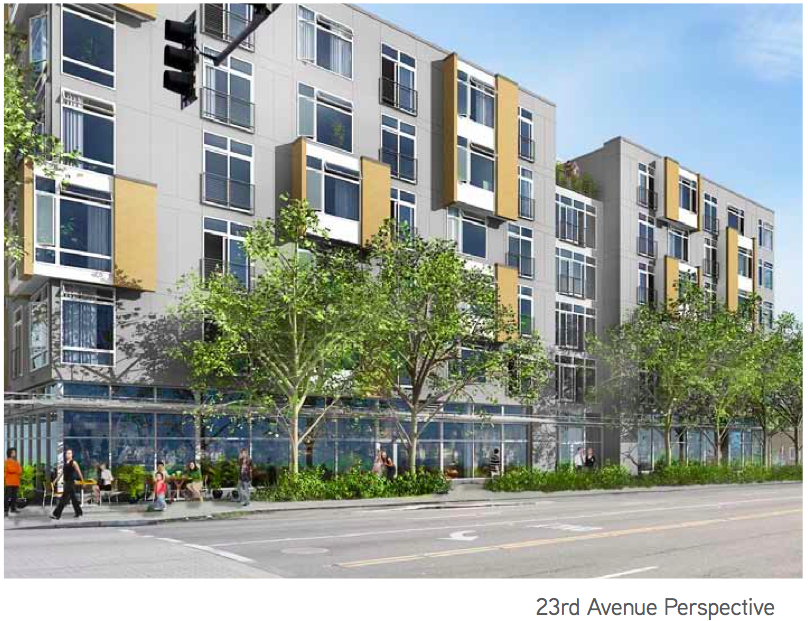 From the Colliers International sales materials

After many public meetings in front of the Design Review Board and the City Council, developer Jim Mueller got approval in September 2008 to build a 65-foot mixed use building with 92 units and retail space on the ground level. Less than a week later, Lehman Brothers declared bankruptcy and the declining national lending market took a nose dive. 2203 E Union has been stalled ever since, developers citing the lack of financing as the reason.

After several stagnant years, financing for projects of similar scope started to flow on Capitol Hill and down Madison, but not for Mueller’s projects at 23rd and Union and at 22nd and Madison. Both properties, along with their building plans and permits, are up for sale.

The 2203 E Union LLC paid just over $1 million for the property in August 2006. Now, with demolition, environmental clean-up, project design and permitting completed, the property is for sale for $2.75 million. 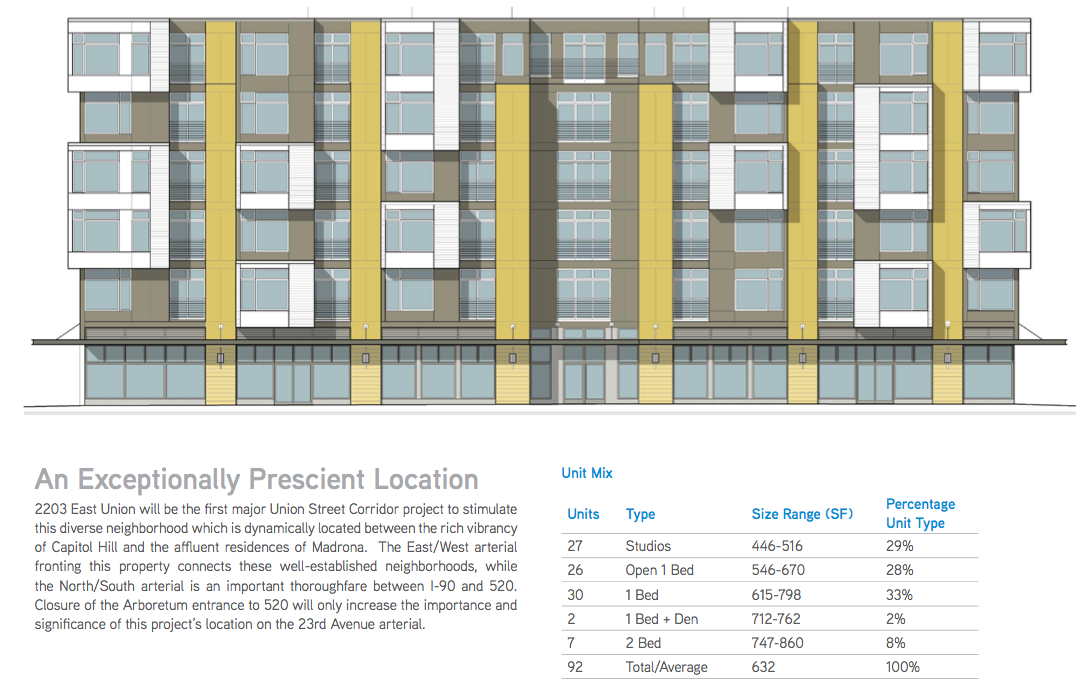 From the Colliers International sales materials (posted in full below)

Property and stalled project at 22nd and Madison also for sale 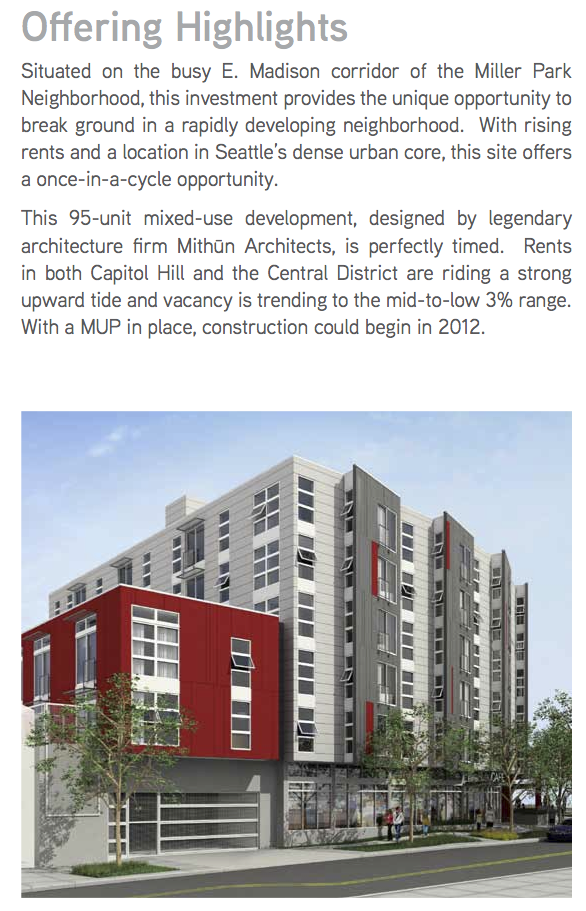 Property and stalled project at 22nd and Madison also for sale

Mueller’s property at 22nd and Madison, across the street from Safeway, is also for sale. The site was the original second location of the Twilight Exit (a CDNews sponsor), and the name is still scrawled above the boarded-up windows four years after the bar moved to its current 25th and Cherry location.

The 2051 E Madison LLC purchased the property for $2.8 million in 2007. A 95-unit, six-story mixed-use project has been designed and permitted since 2009, but has remained stalled.

The property is for sale for $4.2 million.

Below are sales materials for both properties from Collier’s International real estate agency.

UPDATE: We received a phone call from Collier’s International requesting that we remove the full sales document we had posted. Since most of the key information in the document already appears in the reporting above, we have removed the document as a sign of good will.

30 thoughts on “Times still tough at 23rd/Union, Part 2: Vacant lot with stalled project up for sale”