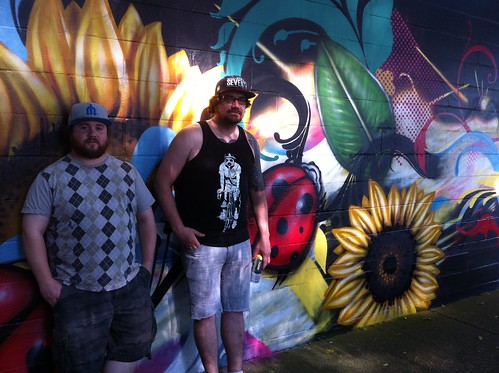 A new, energy-packed mural bursts from the western wall of the Chef Cafe building at 22nd and Jackson. Finished recently, the mural combines images of the neighborhood’s jazz history with a colorful, life-filled collage.

The mural is the first of several planned along Jackson as part of the ongoing Jackson Street Music History Project, which launched by filling a vacant lot across the street from Washington Middle School with artwork.

The murals are created in conjunction with Urban Art Works, an organization that aims to empowers youth by providing the opportunity for them to help create public art.

Jackson Street Music History Project organizer Ryan Curren said they are still looking for another wall somewhere along Jackson from MLK to 12th. If you manage or own such a wall, get in touch.

You can check out more work by Wagoner at his website Flat Black, and work from Brooks at Facesandstuffdotcom. 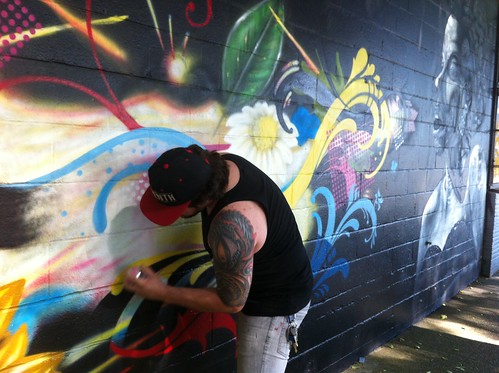 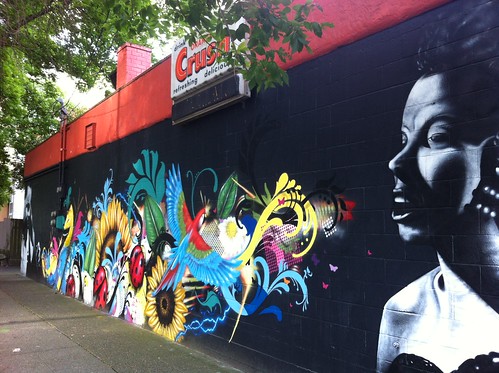 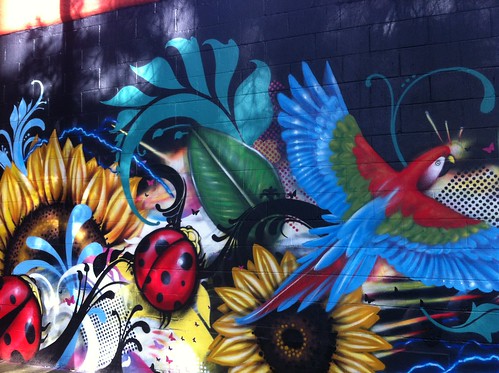