In recent weeks, I have started hearing tips and rumors from worried readers like this:

One of the wonderful checkers at the Jackson Red Apple just informed me that her union rep called to let her know that the recent buyer of the store and lot is planning on firing all employees, closing the store, and moving in a WalMart. She mentioned that several individuals have visited the store over the past two days to take photos and collect comments. I haven’t seen this story on Central District News, but I am sure your readership would be very interested to hear of the plans to move a WalMart into this community.

So I got in touch with new Promenade 23 owners Weingarten Real Estate, based in Houston. They declined to discuss the status of the Red Apple lease, but said they are “looking at different types of options” for the property.

“We may either redevelop the property into something bigger and better or keep it the same,” said Lance Sherwood, Weingarten’s Senior Development Manager for the Western Region. “We don’t have any plans at this point in time … When we have something in mind for the property, we will absolutely talk with the different associations in a proactive sense.”

But Jackson Commons, led by Colman neighborhood resident Knox Gardner (you might know him by “Knox” on CDNews) does not want to wait that long to start reimagining what could be possible.

“The development will happen, so when it does, how do we make sure it’s coherent?” said Gardner. “How do we preserve some of its character and make it vibrant?”

The Colman Neighborhood Association and Jackson Commons are holding a meeting tonight (Wednesday) starting at 6 p.m. at Douglass-Truth Library to discuss Promenade 23 and “how to leverage this redevelopment to encourage more businesses and city investment in the Jackson Street Corridor.” 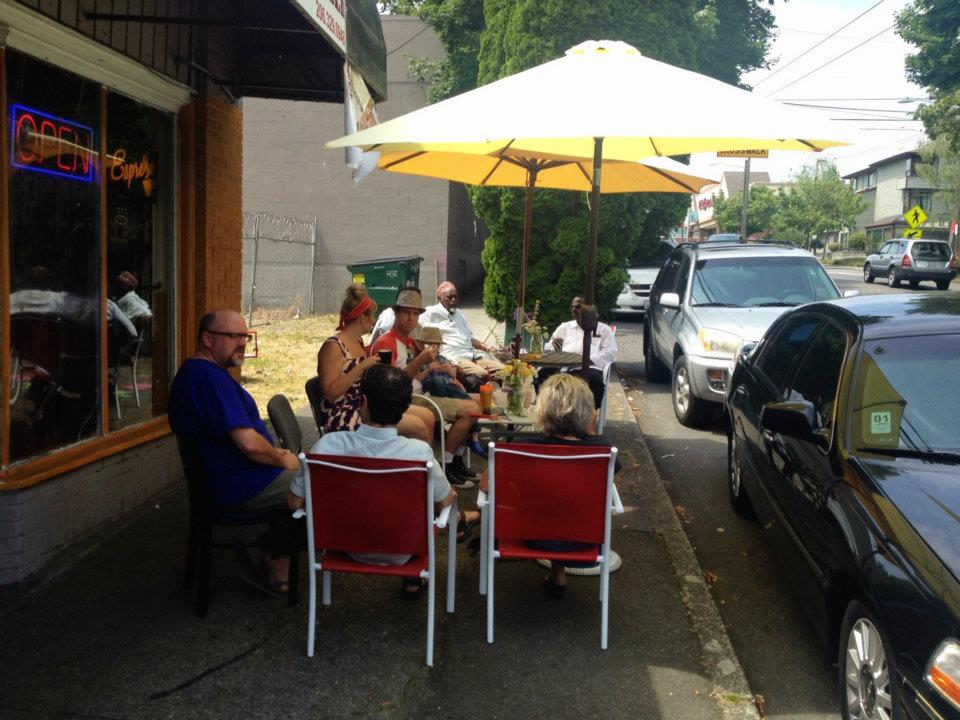 You may have seen the work of Jackson Commons already. Saturday, they set up some tables, chairs and patio umbrellas outside Ocean Tea, Coffee House & Deli at 25th and Jackson. The so-called “pop-up cafe” drew a small crowd, trying to demonstrate the potential for more people-activated space on Jackson. And, Gardner said, he thinks more people should be going to Ocean, an independent coffee shop connected with the Indian Ocean Restaurant two doors down.

The Jackson Commons website has also been producing some concept drawings showing what could be possible at 23rd and Jackson. One shows a multi-story building with housing, retail and a farmer’s market. It also pictures a Jackson spur of the city’s Streetcar network. Another shows a Met Market.

Gardner said he is not against redevelopment. In fact, he is excited about it. But he is afraid of the kinds of big box projects that fill much of Weingarten’s online portfolio, and he wants Jackson Commons to be “a way to be positive about the redevelopment around Promenade 23.” Instead of fighting something bad in the future, he wants to get ahead of it and get people thinking about what neighbors want to see happen on Jackson.

Sherwood said Weingarten is excited about being involved at Promenade 23, and they have expressed interest in infill development and being involved with community organizations as the process moves forward. So Jackson Commons wants to start generating ideas and dreams for Weingarten, and other Jackson neighbors, to see. 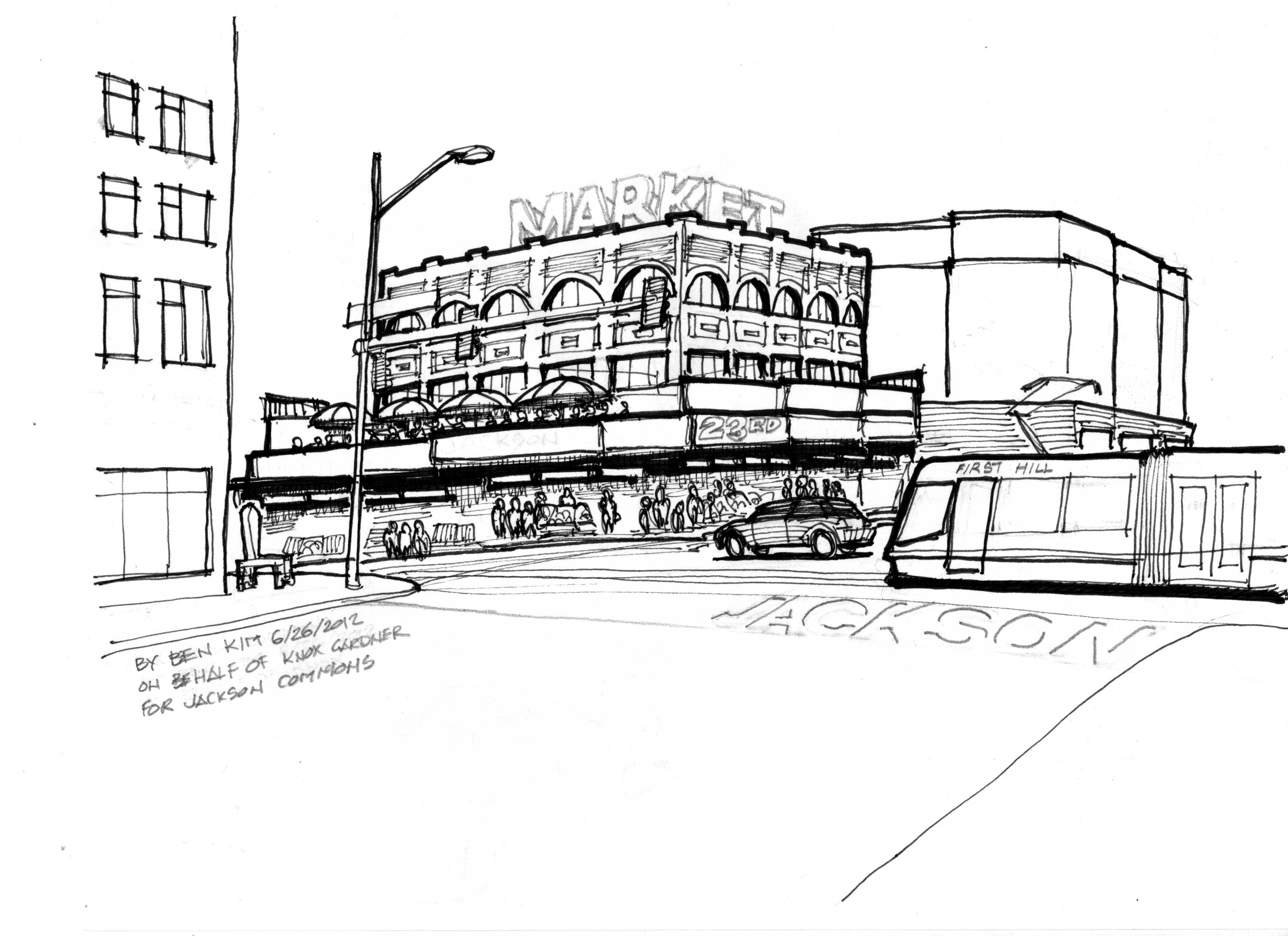 Could 23rd and Jackson be the home of a farmer’s market? Drawing by Ben Kim for Jackson Commons