St. Clouds at 34th and Union is one of many restaurants in neighborhoods around the city participating in the third annual  Spoke & Food fundraiser. Basically, you just bike to the restaurant tonight (June 26) between 6 and 10 p.m., and 20 percent of your bill will go to FamilyWorks, a family resource center and food bank based in Wallingford. 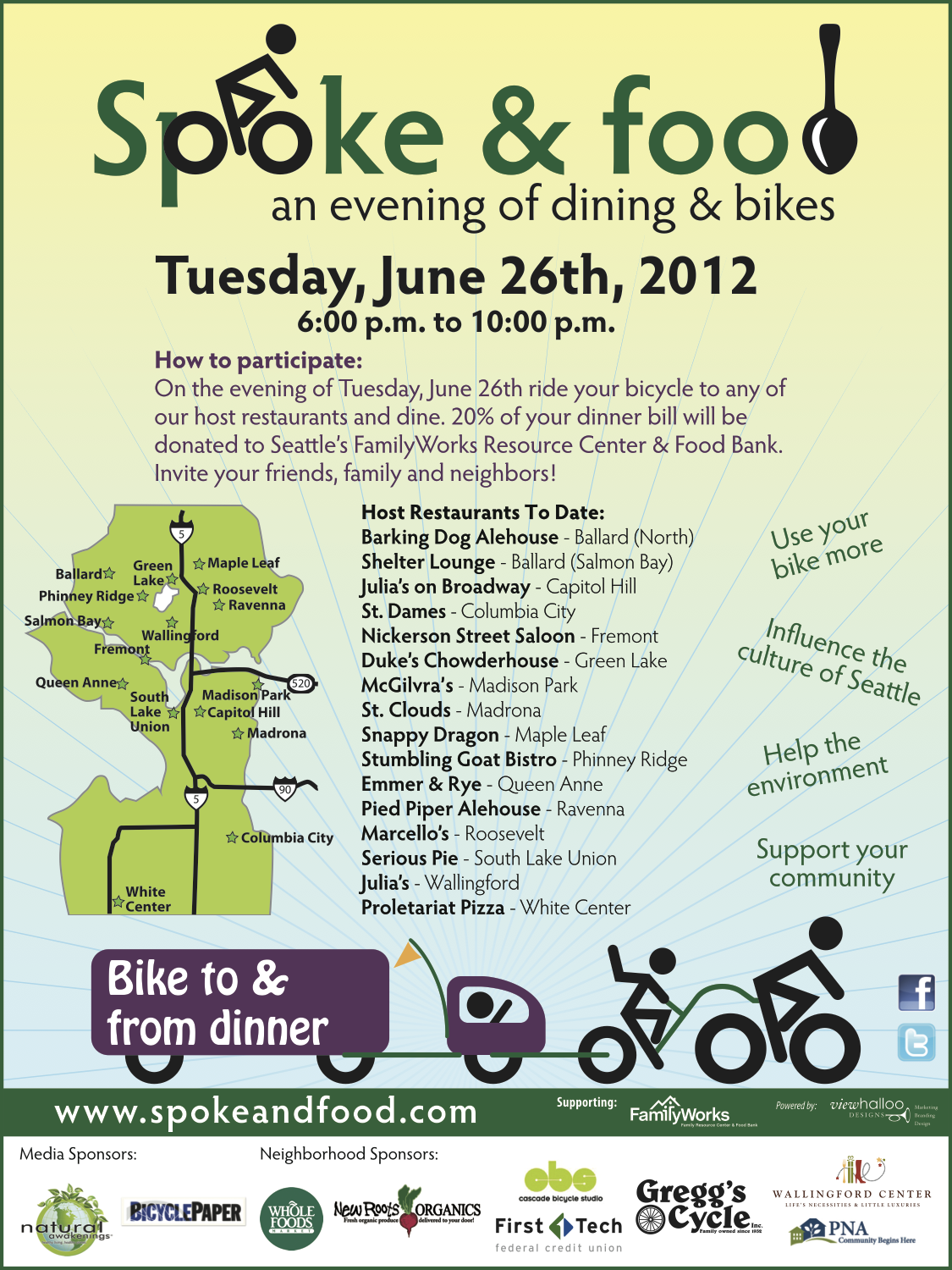 Spoke & Food picks a different non-profit benefactor for the event each year. Most neighborhoods in the city have one participating restaurant (other nearby restaurants include McGilvra’s in Madison Park and Julia’s on Broadway).

Seattle’s third annual SPOKE & FOOD biking and dining event will take place from 6pm-10pm on Tuesday, June 26th. Billed as “an evening of dining and bikes”, the event will take place at 16 different host restaurants in 16 different Seattle area neighborhoods. The event asks people to bicycle to and dine at one of the partnering host restaurants on the night of the event, where each restaurant will then give 20% of their total revenues from the evening directly to the local non-profit the event supports. A new non-profit benefactor is chosen each year with 100% of this year’s restaurant donated funds going to the FamilyWorks Resource Center & Food Bank.

The Spoke & Food event was launched three years ago by a group of friends as a way to influence the culture of Seattle, to build community and to show how easy and fun bicycling to and from dinner, while also raising money for charity. Full details about the event are available at www.spokeandfood.com.