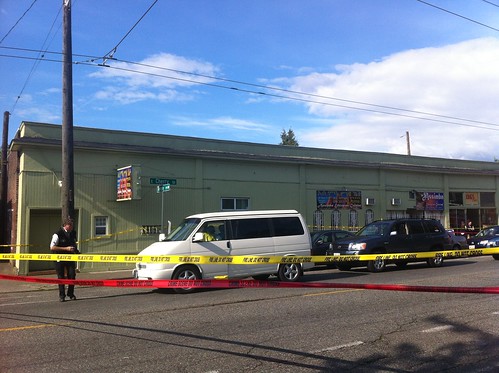 Police say a man in his 40s was killed Thursday night at MLK and Cherry when he was caught in the crossfire of a street shootout just after 4:30p. Police say the suspect “began firing a gun at individuals that he was in a verbal altercation with. The victim was struck by one of the bullets fired by the suspect, killing him. The suspect then fled the scene on foot.” A search for the suspect in the incident has so far come up empty. Police were looking for one person described as “a black male, light-skinned, late teens to 20′s, six feet tall, 170 pounds, hair in corn rows, possibly wearing a dark hat, red jacket with gray or dark-colored panels on it, shorts and red shoes” but have since backed off that detailed description.

UPDATE: Police have identified the 36th Ave man who died in the shooting:

The man – Justin Ferrari, 42 – is the second person killed by an errant bullet this year in Seattle, which has seen 15 homicides in 2012. That’s an especially high number for a city that for the last two years had a homicide rate comparable to the 1950s.

Ferrari, who was idenfied by police, was a senior software development engineer at Zilliow.com and also had worked at Cisco Systems, Pure Systems and attended Brown University, according to his LinkedIn page.

Original Report: Police are fanning out across the area around MLK and Cherry in search of two or three suspects seen fleeing the scene of a shooting.

Seattle Police says officers and medics are on scene for one victim and that suspects remain at large.

K9 units have been called to the area to assist in the search.

This is a breaking news story and will be updated as we learn more. 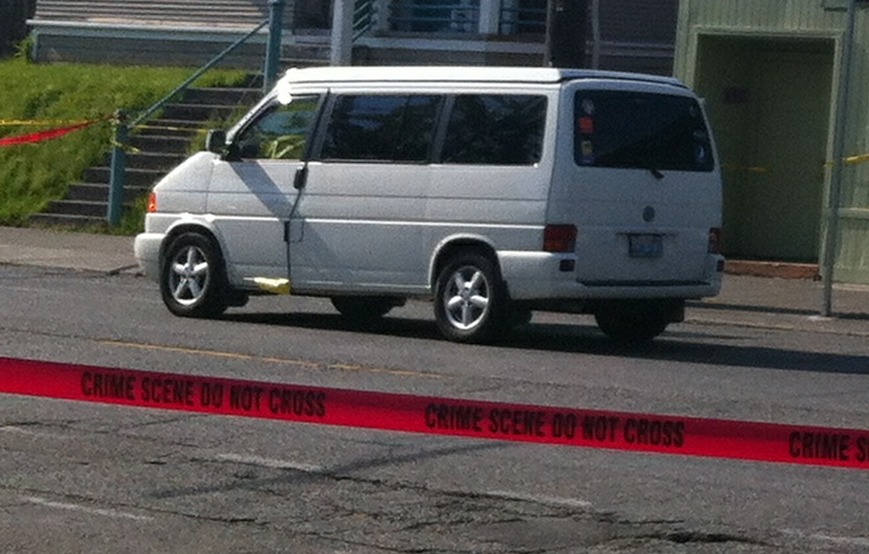 Witnesses say this is the victim’s vehicle (Images: CDN)