The man killed in the crossfire of a firefight at MLK and Cherry Thursday afternoon has been identified as Justin Ferrari of Madrona. He was 42.

Ferrari’s two young children — 5 and 7—and parents were in the van with him when a suspect “began firing a gun at individuals that he was in a verbal altercation with” across Cherry St, according to police. Ferrari’s van passed westbound into the crossfire, and he was shot in the head. The van rolled slowly to a stop between MLK and 27th Ave. Nobody else in the van was injured.

Seattle Times reports the devastating scene inside the van:

When the gunfire stopped and the young people on the street corner took off, the white Volkswagen van that was in the line of fire began to slow down, then simply rolled away from the corner of East Cherry Street and Martin Luther King Jr. Way in Seattle’s Central Area.

When 43-year-old Justin Ferrari didn’t respond to questions, his father, who was sitting in the passenger seat, unbuckled his seat belt and only then realized his son had been shot in the head.

Ferrari’s two children, ages 5 and 7, got out of the back of the van and ran into a nearby Ethiopian restaurant, a spot where their family had dined before, to ask for help. Ferrari’s father cradled his son as he died in his arms, authorities said.

Assimba Ethiopian Cuisine owner Messeret Habeti helped Ferrari’s children after they ran to the safety of the restaurant. They stayed there for about 45 minutes after the shooting, and the restaurant made them some food. Habeti told the Times that the Ferraris were regulars at the restaurant.

Ferrari’s parents were in town to watch the kids so he and his wife could take their first weekend away together since their kids were born.

Ferrari worked at Zillow.com, a real estate website. Zillow released the following statement about the loss:

We at Zillow were deeply saddened to learn about this tragedy. Justin began working at Zillow three months ago, and worked at Expedia and Microsoft for many years before that. His passing will be felt deeply by his co-workers and friends. Our hearts go out to his family. 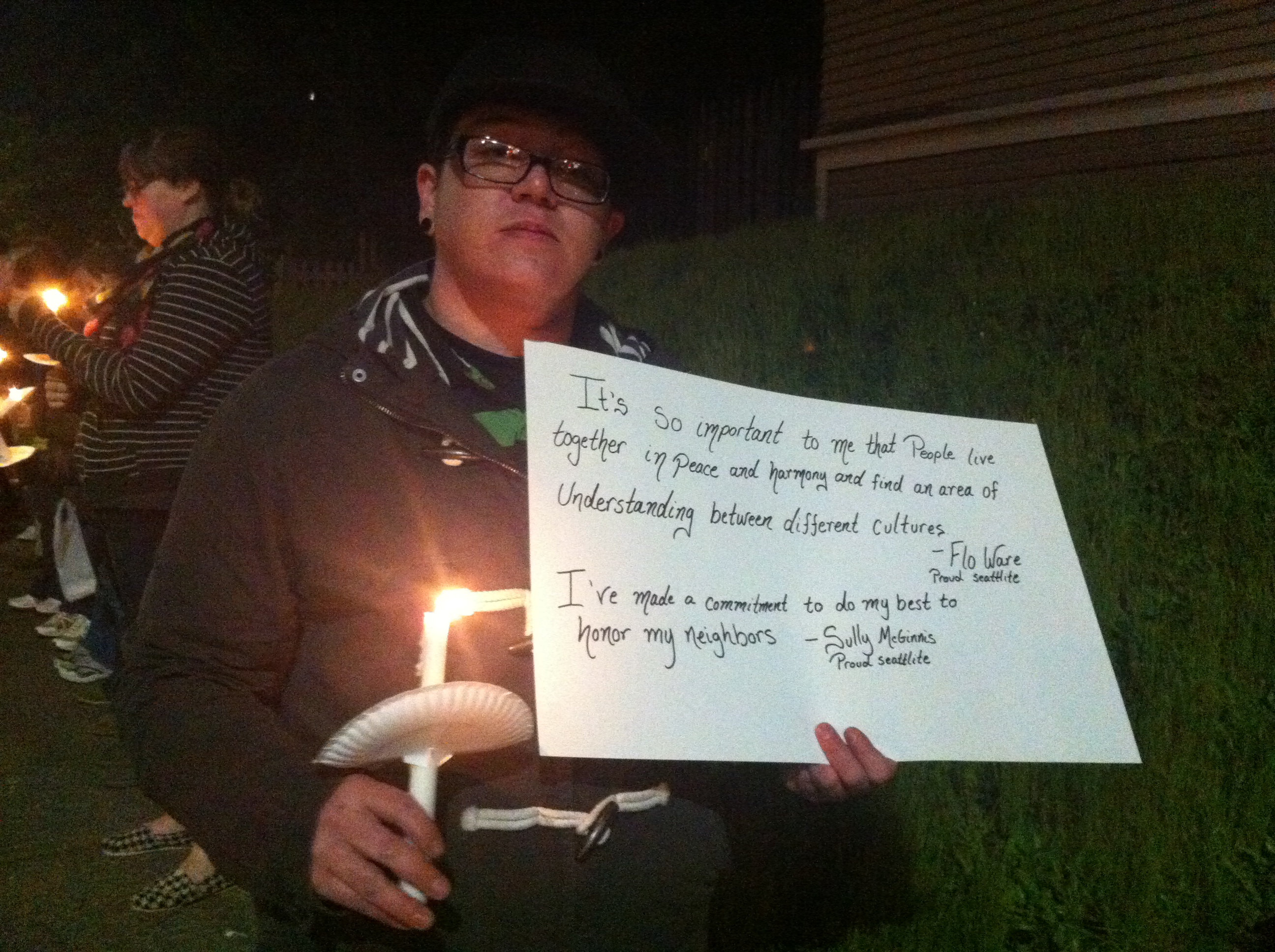 Dozens of neighbors attended a candlelight vigil Thursday night to mourn and express their support for the then-unidentified family. Comments on our previous story have shown a wide variety of raw emotions from community members— from sadness to anger to fear.

The vigil was organized by Kitchen Sink Project head Sully McGinnis, who wants to see the neighborhood come together to support each other and the family rather than let the incident widen divides.

Over at 18th and Union, Tougo Coffee is donating Friday’s profits to the mourning family: