Danny Westneat of the Seattle Times, himself a “Madrona dad,” crunches some numbers in the wake of the Justin Ferrari shooting:

According to police records, there is a shooting in the blocks around Garfield nearly once a month. In the past year, there have been 10, including some in broad daylight with people around. The only difference this time is that a bystander was hit.

Just last weekend, a pot deal next to the Garfield baseball fields went bad, ending with one man running down East Cherry Street blasting four rounds from a 9-mm Luger at a known gang member who goes by the nickname “Loco.” This didn’t make the news.

But it does make the Central District News. Westneat doesn’t note that the SPD public information system takes several days before a full report on a crime becomes available. Before then, CDN often hears about things from the police scanner, email tips from readers and our community posts from neighbors sharing information. Here is the SPD narrative report on last weekend’s armed robbery made available this week:

Westneat’s other datapoints are easy enough to check out against the SPD report records here on the Seattle My Neighborhood map provided by the city. You can find “Weapons Violations” under the blue “Miscellaneous” heading. Assaults, drive-bys and homicides are filed under the red “Crimes Against Persons” section. Looking at the map for the year-long timeframe referenced by Westneat certainly paints a picture of a war zone: 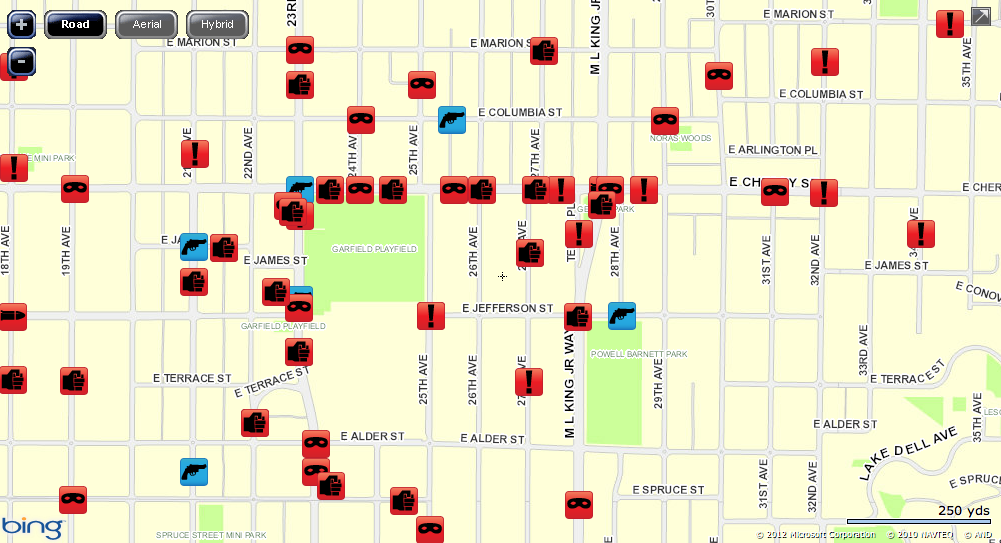 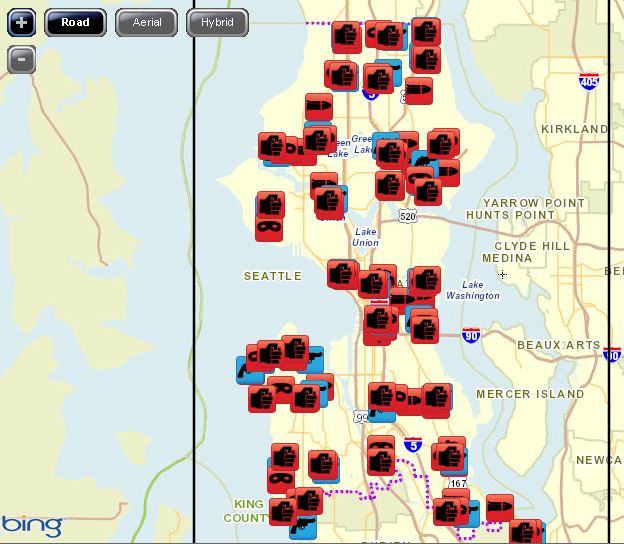 What we’d really like to see is timelier access to SPD’s reports and better statistical analysis of the situation in the Central District and across Seattle — four drive-bys in South Seattle on Saturday, by the way. SPD’s “hot spot” policing is reportedly built atop this kind of analysis. As Westneat points out, many of the datapoints are publicly available. But this view only shows part of the picture.