The investigation into the shooting that left Justin Ferrari dead behind the wheel of his car as he and his visiting parents drove his children to swimming lessons Thursday afternoon continues with detectives combing through evidence collected from the scene around MLK and Cherry and following leads in the neighborhood. Meanwhile, community vigils and efforts to organize around the tragedy to better understand and deal with the circumstances that lead to it continue.

On Friday, Seattle Mayor Mike McGinn visited the scene of the 42-year-old Ferrari’s killing and said the city would respond by increasing the number of police on the streets and doing more to confiscate weapons. Friday night, the increased presence was visible with a greater than usual number of SPD vehicles on patrol in the Central District. 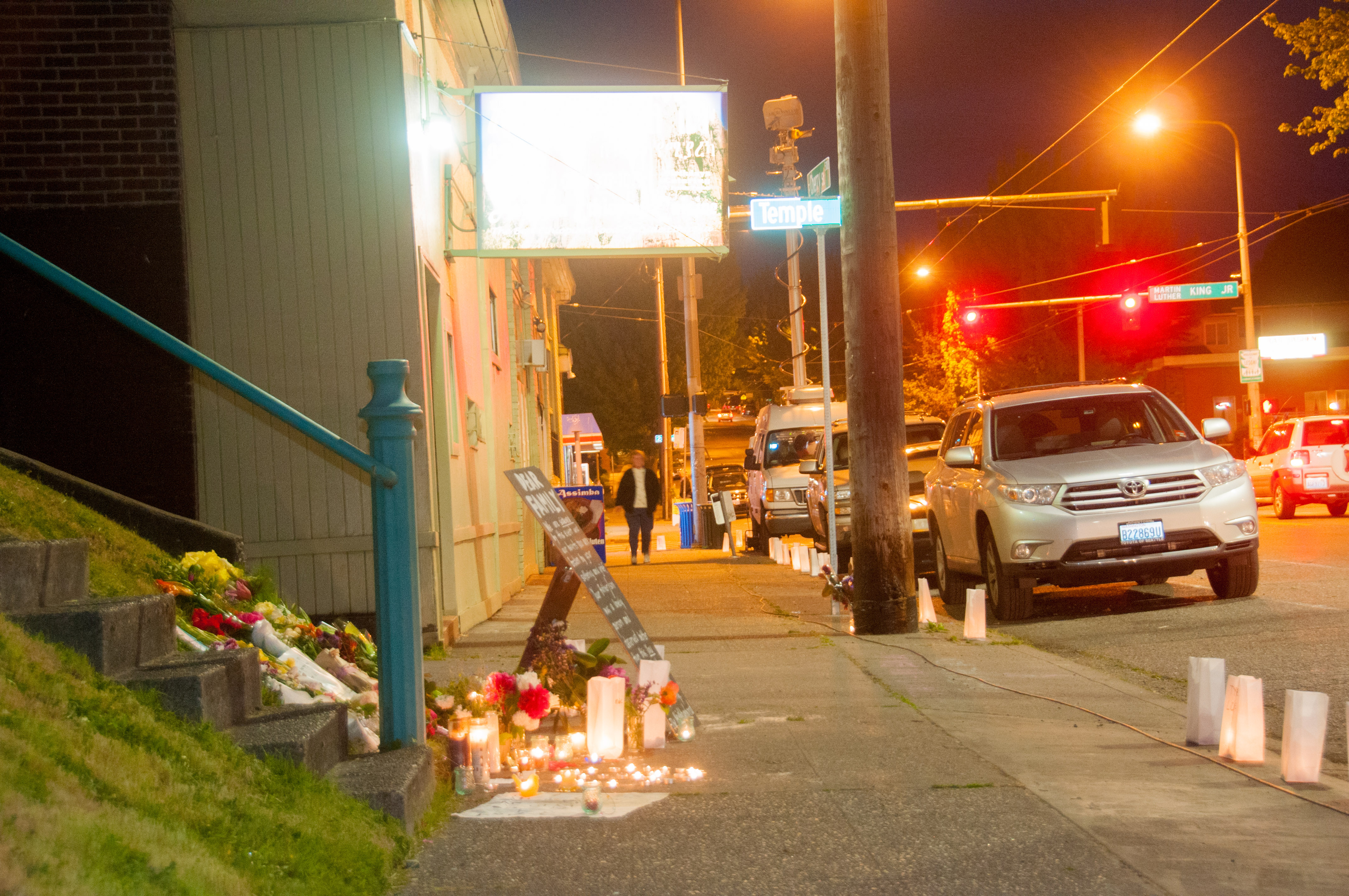 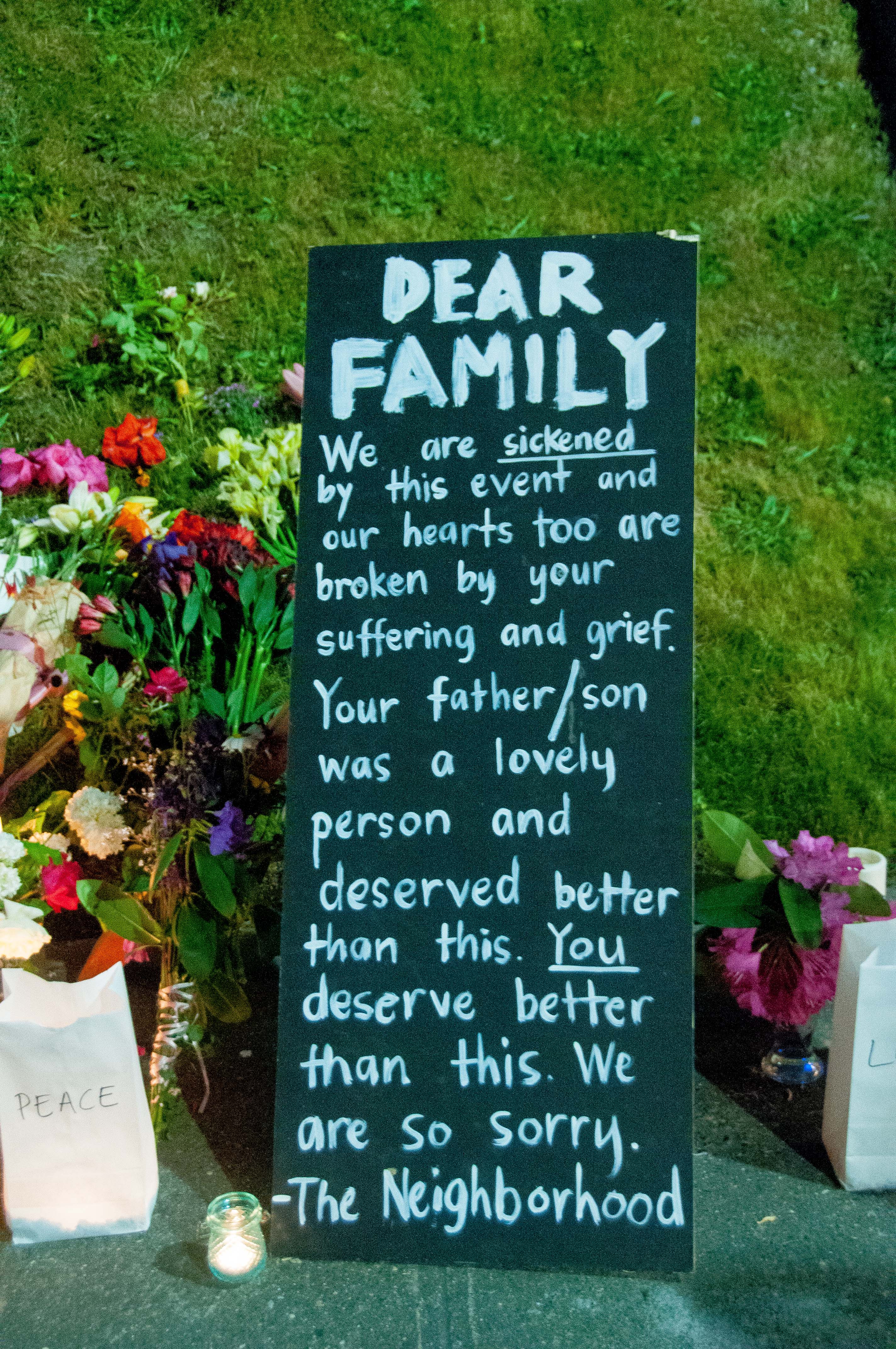 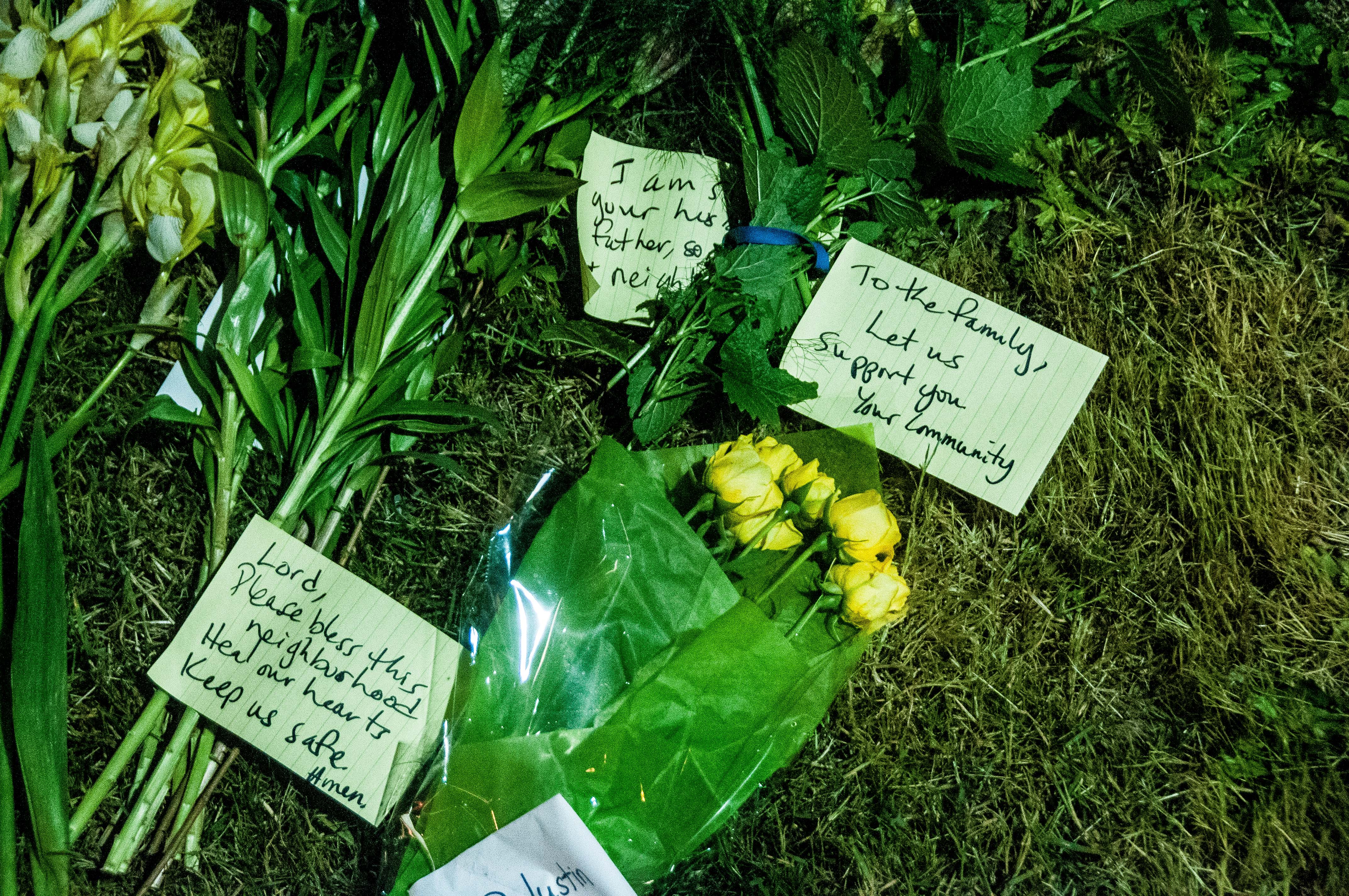 SPD’s public description of details of the incident have shifted over the last 48 hours. Initially, police described Ferrari as being caught in the crossfire of a street dispute and a detailed description of one suspect was posted to the SPD’s blotter web site. Police were looking for “a black male, light-skinned, late teens to 20′s, six feet tall, 170 pounds, hair in corn rows, possibly wearing a dark hat, red jacket with gray or dark-colored panels on it, shorts and red shoes.” By Friday, police specified that they were looking for one shooter from the incident and described the suspect as only a black male in his 20s.

“Near the intersection of MLK Jr. Way and East Cherry Street the suspect began firing a gun at individuals that he was in a verbal altercation with,” SPD’s description of the incident reads. “The victim was struck by one of the bullets fired by the suspect, killing him. The suspect then fled the scene on foot.”

Homicide detectives are reportedly working with surveillance video collected from businesses in the area from around the time of Thursday’s shooting to identify the suspect. CDN is also aware of several instances where police have detained suspects fitting descriptions of people seen by witnesses in the Central District and outside the neighborhood including places like downtown’s troubled 3rd and Pine intersection.

According to the Modesto Bee, Ferrari is the son of a prominent farming family in Turlock, California. His parents were visiting the Madrona family to watch their grandchildren as Ferrari and his wife, Dr. Maggie Hooks, planned to spend some time alone.

Ferrari’s killing marks the 15th homicide for Seattle in 2012 — the city recorded 20 in 2011. Nearly all of the 2012 killings have been shootings. The spike comes as Seattle’s homicide rate had dropped to a 55-year low in 2010. While the Central District has had its fair share of reported gun violence and reports of shots fired, according to CDN’s records and the SPD’s posted blotter reports, Thursday’s incident was the first homicide in the neighborhood since a man was found beaten to death near Garfield High School last fall.

Meanwhile, Saturday brings another vigil to the intersection of MLK and Cherry as a group of pastors is planning a prayer vigil. Minister Greg Bankstells the Seattle Times the “gathering is a chance for people to come together and pray for the victim and his family, the perpetrator, and the community.” The vigil is planned for 12:30-1:30 Saturday.