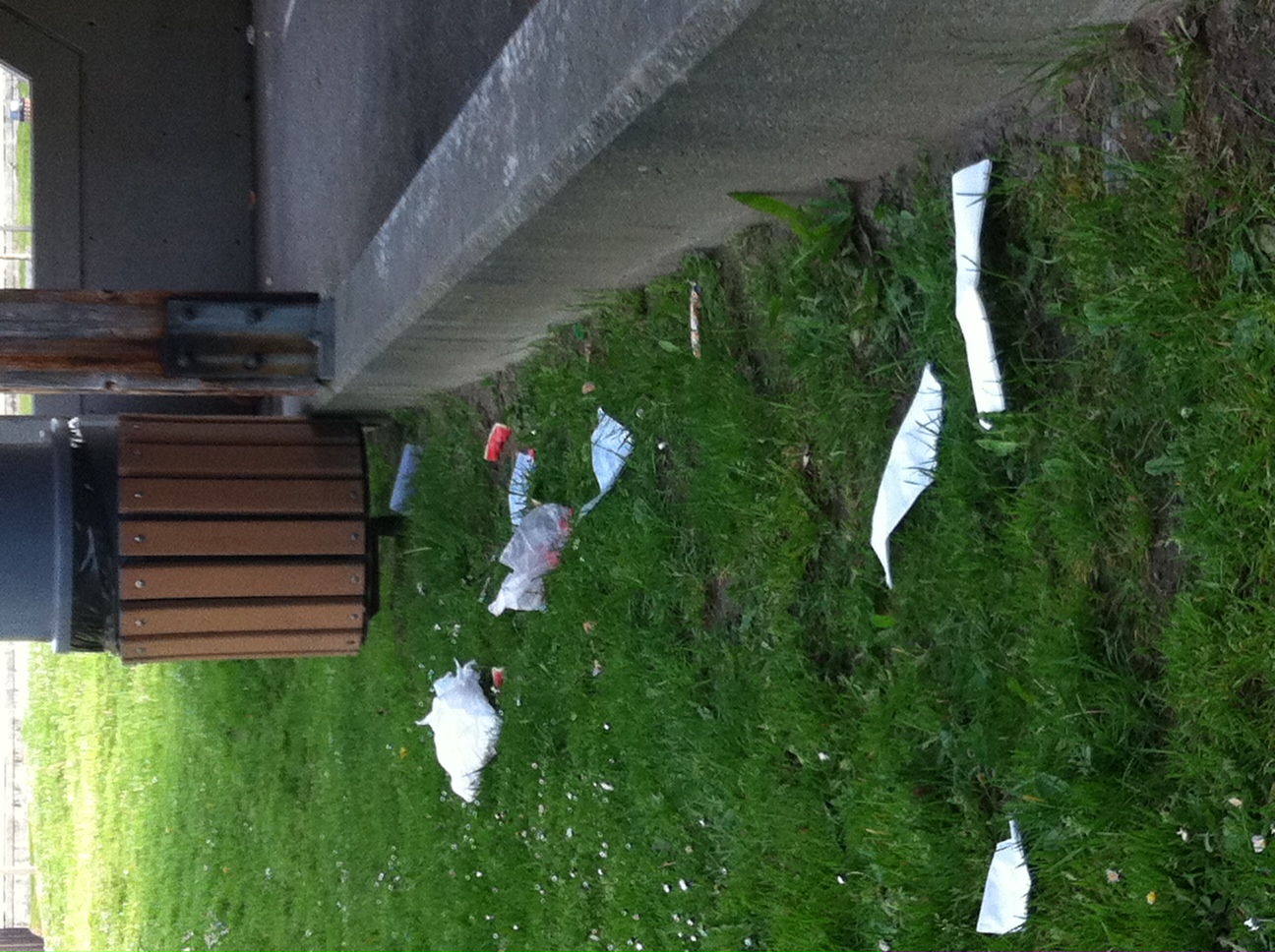 This morning while walking my dogs @7:00 thru Pratt Park I was stunned to see how the park had been literally trashed…

Take three steps and please deposit your trash in the trash can.    This is just shameful laziness – a trash can just three steps away and you can’t be bothered? Really?   You generally won’t find this kind of behavior just over the hill at Volunteer Park

On a positive note the East Central Seattle Parks Department Crew did an amazing job of cleaning up the mess …..by 8:a.m not a trace was left

29 thoughts on “What’s up with the trash in Pratt Park?”