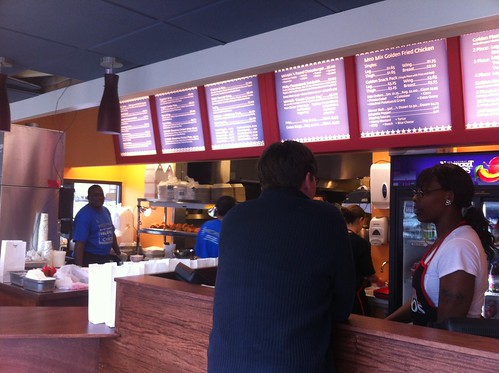 Med Mix is open at 23rd and Union, serving up everything from fried chicken to gyros to, yes, Philly cheesesteak sandwiches.

I swung by about an hour and a half after they opened their doors, and the dining room was already full of eager falafel and chicken eaters. The staff was clearly still getting their bearings in the new space (figuring out the computers, etc), yet they pumped out orders surprisingly fast. I hardly had time to craft a clever Tweet before they called my number. Not bad for a first day open!

Med Mix has completely renovated the space, which was previously occupied by the Beehive Bakery. Before that, the space sat empty ever since the 2008 shooting of Philly’s Cheese Steak owner Dejene Berecha. 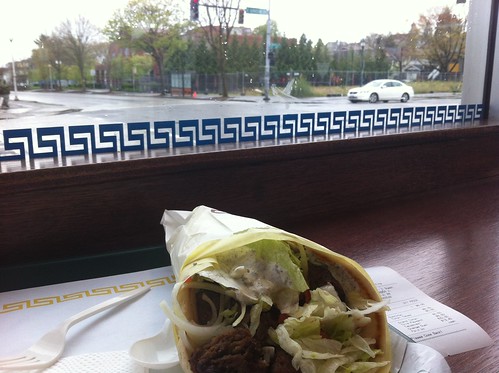