This guy has a memory problem. Jeremy Marclay Flemings and Anthony Kenner have been charged with attempting to promote prostitution after they allegedly offered an undercover SPD officer protection and to pay for her hotel room in return for half her earnings, according to charging documents.

This was not, however, the first time undercover Officer Clark and Flemings had met, according to the documents. Flemings, now 19, had done time as a juvenile after he was caught in a pimping sting two years ago. The undercover officer in that sting? Officer Clark.

The sting went down at Rainier and Charles April 12. It ended when officers swooped in at undercover Officer Clark’s signal. Details, from the charging documents: 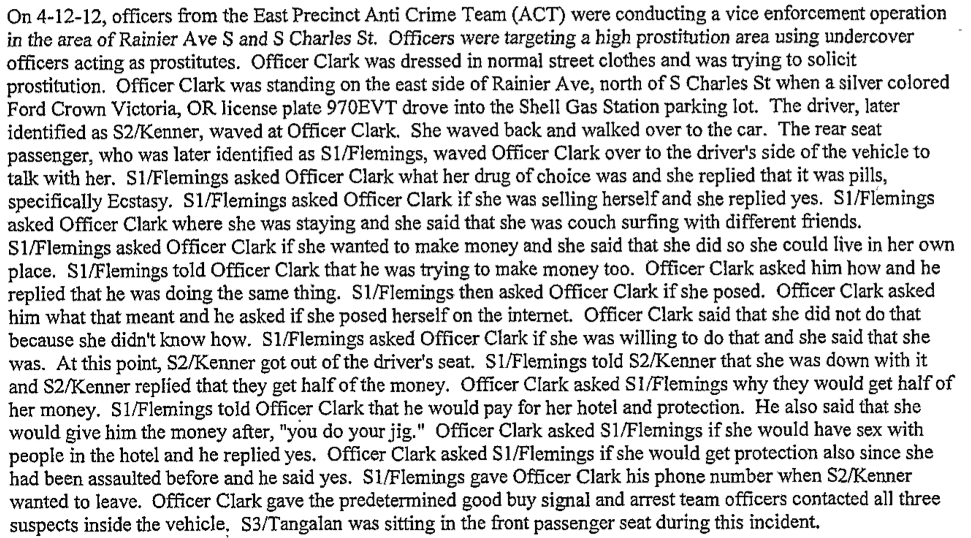