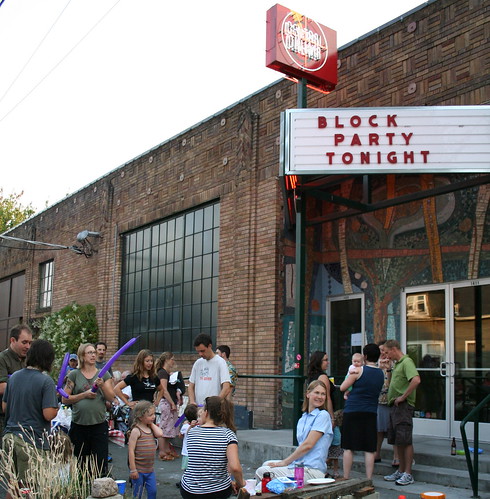 Remember that state bill that may or may not have helped Central Cinema get around recent state Liquor Board rules that threaten the neighborhood theater? It died, a casualty of the dramatic Senate budget takeover earlier this month.

So now, the theater (a CDNews sponsor) waits to see what comes of its petition to the Liquor Board. The mayor, city attorney and the entire City Council signed a letter to the Board urging them to reconsider a 2010 rule — made without consulting or even alerting Central Cinema — that has threatened their family-friendly business model.

The SunBreak reports that the theater expects to hear back from the Board April 7:

Kevin Spitzer, owner of the Central District entertainment mainstay Central Cinema, is counting the days until April 7. That’s when he is supposed to hear back from the Washington State Liquor Control Board about the legality of Central Cinema staying open and operating as it has since 2005.

In May 2010, the Liquor Control Board tightened the rules around movie theaters and alcohol service to keep children and adults drinking anything alcoholic (including beer and wine) from “commingling in a darkened house.”

Meanwhile, city leadership, the Central District Business Association and many Central District News readers have signaled that they’ve got Central Cinema’s back if further action is needed. However, Spitzer is confident the issues can be worked out. From the SunBreak:

So now Spitzer is gamely waiting to see if the Board will revisit the rule, and provide a work-around. His supporters, including the Central District Neighborhood Association, are willing to rally and petition, but Spitzer counsels patience, believing that the Board will find a way to allow the cinema, which has never previously had a problem with underage drinking, continue to serve its neighborhood. In his view, children and their responsibly-drinking parents “commingling” is a benefit to everyone involved.