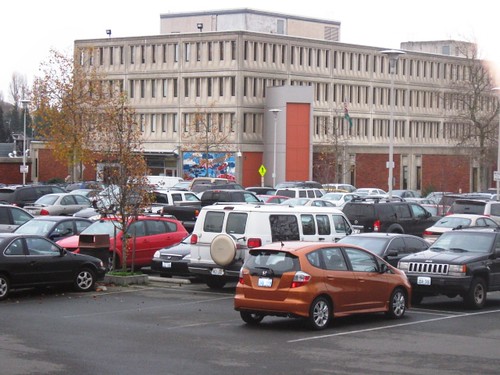 At the 12th Avenue Neighborhood Stewards meeting next Tuesday King County representatives will discuss future plans for possible future development on the nine-acre Youth Services site on 12th Avenue.  Legislation will considered by the King County Council that could result in a property tax levy put to vote as early as the August primary election.  The proposal would replace the Juvenile Justice building and the detention center.  A substantial portion of the site could be sold for possible development of hundreds of new housing units and retail and commercial space.

King County has been urged for years to use its property in a way that contributes more vitality to the neighborhood than the large surface parking lot.  This is the latest plan that, if funded, could do that.   If this plan moves forward the County promises that the public will have plenty of opportunities to contribute to the framework of site design.

The meeting next Tuesday, March 13, 5:30 P.M., (at S.U. Admissions and Alumni Building, corner of 12th Ave. and E. Marion St.) is a chance for all interested persons to hear more and ask questions.

The meeting also will hear more details from City representatives regarding the First Hill Streetcar, scheduled to start construction next month.  The streetcar route will touch the southern part of the 12th Avenue neighborhood, providing a new transportation opportunity, but also permanently changing vehicle and bicycle routes on 14th Avenue between Yesler and Jackson.  Southbound traffic in those two blocks will be limited to streetcars.

Finally, there’ll be an update on the plans of Catholic Housing Services to develop, at its site at 13th and E. Spring, permanent housing for homeless veterans treated by the V.A. Medical Center.

EDITOR’S UPDATE: See our previous post for more on the project funding options and a look at some previous design ideas.