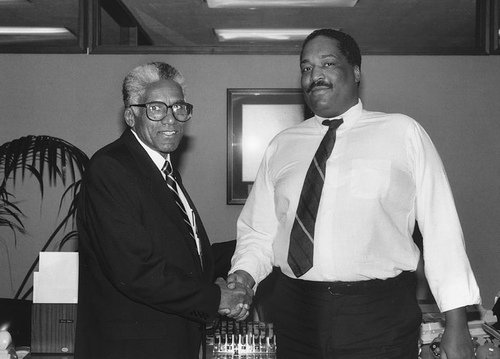 Charles Rolland, a former Democratic Party Chair, Deputy Chief of Staff for Mayor Norm Rice and public schools organizer, has passed away at the age of 61.

From the Washington Democrats:

Today, we were saddened to learn about the passing of Charles Rolland, great Democrat and former Washington State Democrats Chair. Charles served as State Party Chair from 1993 to 1995 and most recently was a community organizer and owner of a public affairs consulting practice.

Before becoming State Democratic Party Chair, Charles served as the Deputy Chief of Staff for Seattle Mayor Norm Rice. He was at the center of many major political events in the state, filling the strategic advisor role for a number of campaigns, businesses, public figures, elected officials and initiatives.

He was the founder of Community and Parents for Public Schools of Seattle, a parent led education advocacy group. In addition, Charles worked with the small contractor community, partnering with the public and private sector to develop policies and programs that will increase the utilization of small economically disadvantaged construction businesses.

Charles is a parent of three, all graduates of Seattle Public schools. He devoted his life to public service and to the empowerment of people and communities, especially youth.

Charles will be missed – This is a great loss to the Democratic community.

Rolland’s wife, Jackie Moscou, is the Artistic Director at the Langston Hughes Performing Arts Center. In a statement, Mayor McGinn wished her and the rest of Rolland’s family his condolences:

I was deeply saddened to learn of the untimely death of Charles Rolland. In his capacity as Deputy Chief of Staff to Mayor Norm Rice and in his work in the community, he provided leadership to make our city a better and more just place. He worked hard to address issues of race and social justice, education and closing the achievement gap, providing opportunities for minority and women owned businesses, police accountability, and standing together in support of immigrants and refugees. Seattle has lost an important voice. I will miss his friendship, his advice, and his passion for people. I offer my sincere condolences to his wife Jacqueline Moscou, their three children and his family.