A swarm of arrests of alleged burglars, car and bike thieves across Seattle Monday — including several in the East Precinct — marked the culmination of a year-long stolen good buy-back operation, Seattle Police said Tuesday.

Operation Oliver’s Twist — named for a retiring captain — involved SPD and the FBI collaborating on a fake south Seattle storefront where stolen goods from more than 100 alleged thieves was brought for sale. So far, there have been 48 arrests with more in the works.

Police say the operation was an effort to disrupt part of the fencing cycle of demand for stolen items:

Detective work has also shown that once property is stolen, it is quickly disposed of through pawn shops, illegal fences, other criminals, or well known internet web sites, often far below retail prices, for pennies on the dollar.

According to SPD, more than 900 stolen items were netted over the year-long investigation:

Police also recovered 27 stolen firearms in the course of the investigation. One alleged thief even sold military grade C-4 to the undercover detectives operating the shop.

A byproduct of the extended operation is that most of the stolen goods couldn’t immediately be returned to victims of burglaries and auto thefts for fear of alerting the suspects to the investigation — especially in the several cases where the goods were stolen from relatives and friends.

SPD has set up a Flickr set of unclaimed goods from the operation here. If you see your property in the set, call (206) 773-9616. You’ll need to have reported the item stolen or have proof that the item was yours like a picture of you with the item. 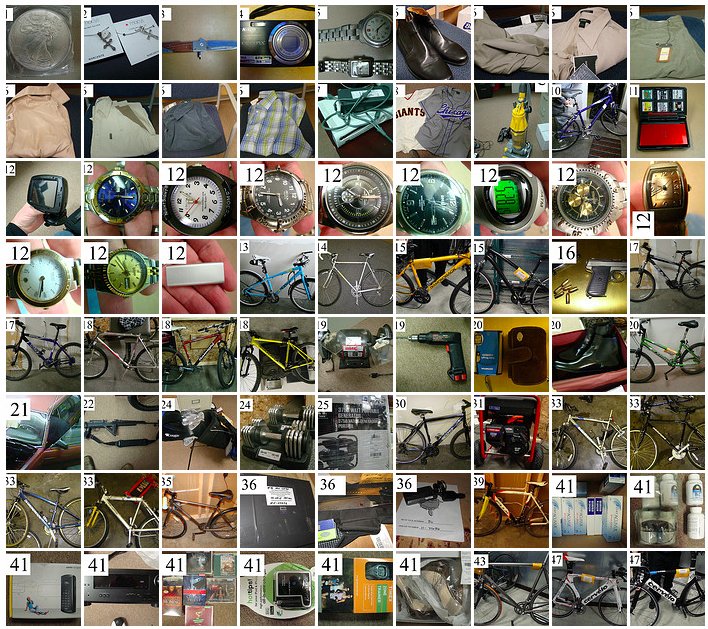 The operation is another in a series of efforts involving Seattle’s Major Crimes Task Force. The last two operations targeted small convenience stores that were ordering and purchasing stolen property for resale. According to police, it’s been more than 30 years since SPD utilized the tactic of operating a fake store in a buyback investigation.

This article was originally posted on our sister site Capitol Hill Seattle.