A robber allegedly followed a woman into her apartment building near 14th and Yesler February 3 and attacked her, according to the police report.

After sneaking in the door before it could latch, the suspect allegedly knocked her over the head, then kicked her on the ground. When she ran and tried to get attention, he attempted to stab her, but missed. The knife wedged between her arm and her rib cage instead.

He then grabbed her wallet off the floor and ran.

A patrolling officer spotted the suspect and followed him to his home. The suspect was placed under arrest. 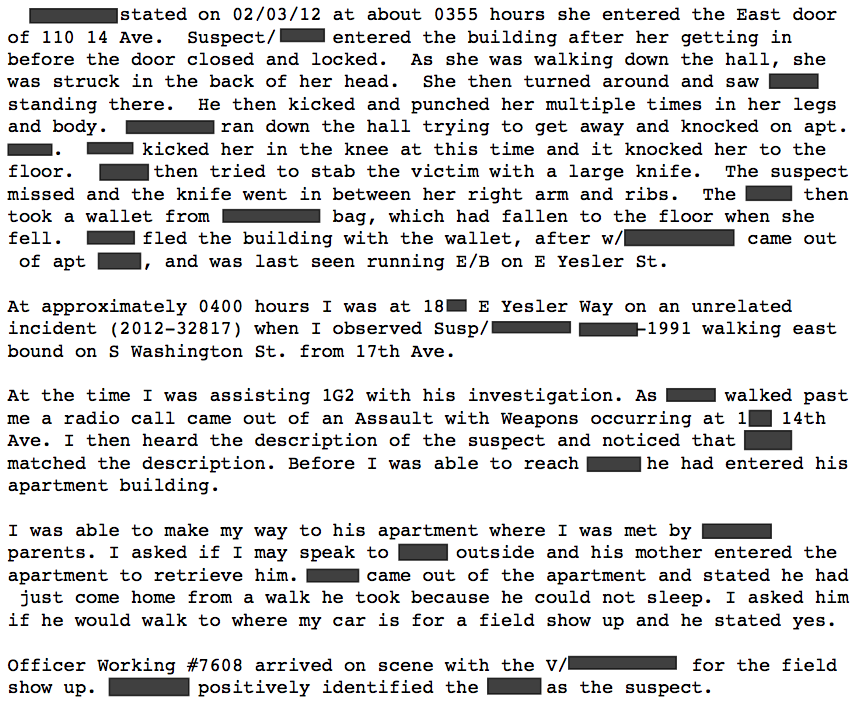 6 thoughts on “Robber follows woman into apartment building, tries to stab her”