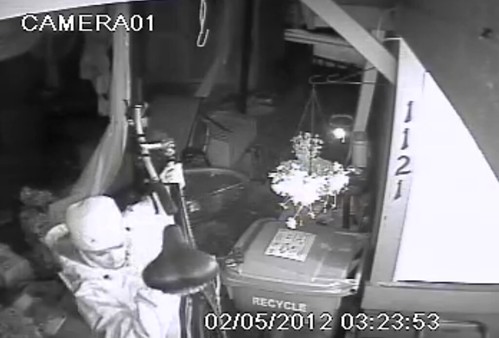 When a thief stole a bicycle from one Judkins Park home, it’s doubtful he knew he was caught on camera. The couple had previously installed a security camera after too many car break-ins, and they posted images of the thief right here on Central District News.

Well, a few days later, they spotted the bike on Craigslist and told the police. They arranged to meet the seller (obviously not a CDNews reader) at 12th and Jackson, where the 17-year-old suspect was arrested. The bike was returned.

On February 5th, a victim reported that  his expensive bicycle had been stolen from his residence in the 1100 Block of 21 Avenue South.  The victim informed the officer that images of the suspect were captured on the victim’s security camera and those images were turned over to the officer.

On February 11th, the victim contacted officers again after seeing an online post offering to sell his stolen bicycle.  The victim knew it was his bike because the post included photos of the bike.  The victim replied to the ad and arranged to meet the seller at 12th Avenue South and South Jackson Street.  Officers coordinated with the victim in an attempt to recover his stolen property and arrest the suspect.

The suspect arrived with the stolen bicycle and was taken into custody by officers without incident.  The suspect is 17 years old.  The bicylce was recovered and returned to the owner after it was verified that it was the stolen bicycle.  East Precinct detectives will handle the follow up investigation.