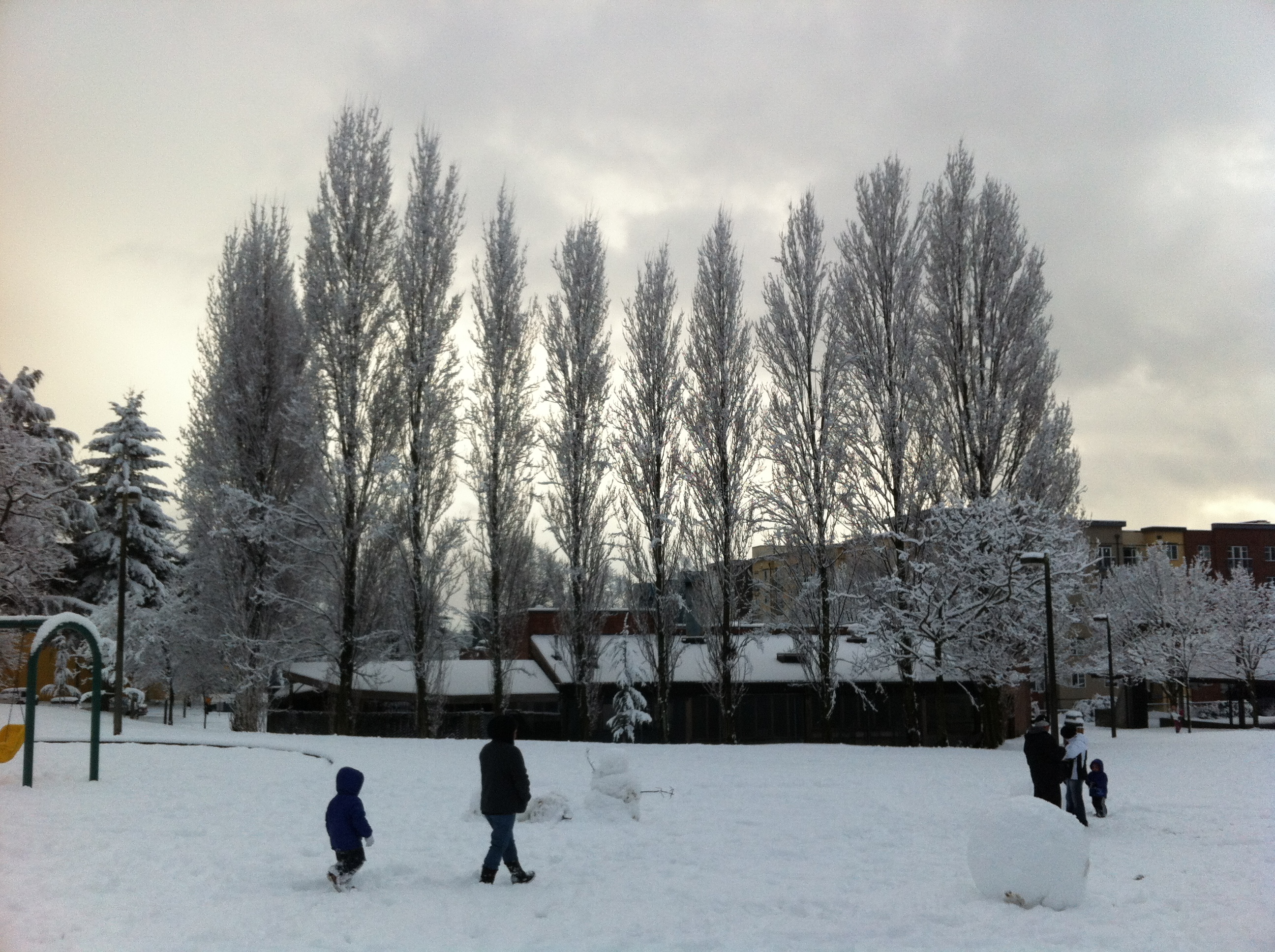 There are scores of snow men popping up in parks and front yards all across the Central District today. If you’re trying to get anywhere, you might be in for a headache. But if you’re headed to play, it’s paradise.

No word yet on if the snow will effect Monday’s MLK march, scheduled to get under way at 12:30 p.m. (with a rally and workshops beforehand).

As usual, cars and buses are having trouble on some of the steeper hills. Metro is on snow schedules, and there are several stranded buses out there. You can find your bus’s snow route online.

Joanna reports that some people have had trouble making it up Union (and if you’re calling a cab she suggests not getting picked up at the top of a hill. That sounds like pretty good advice!). 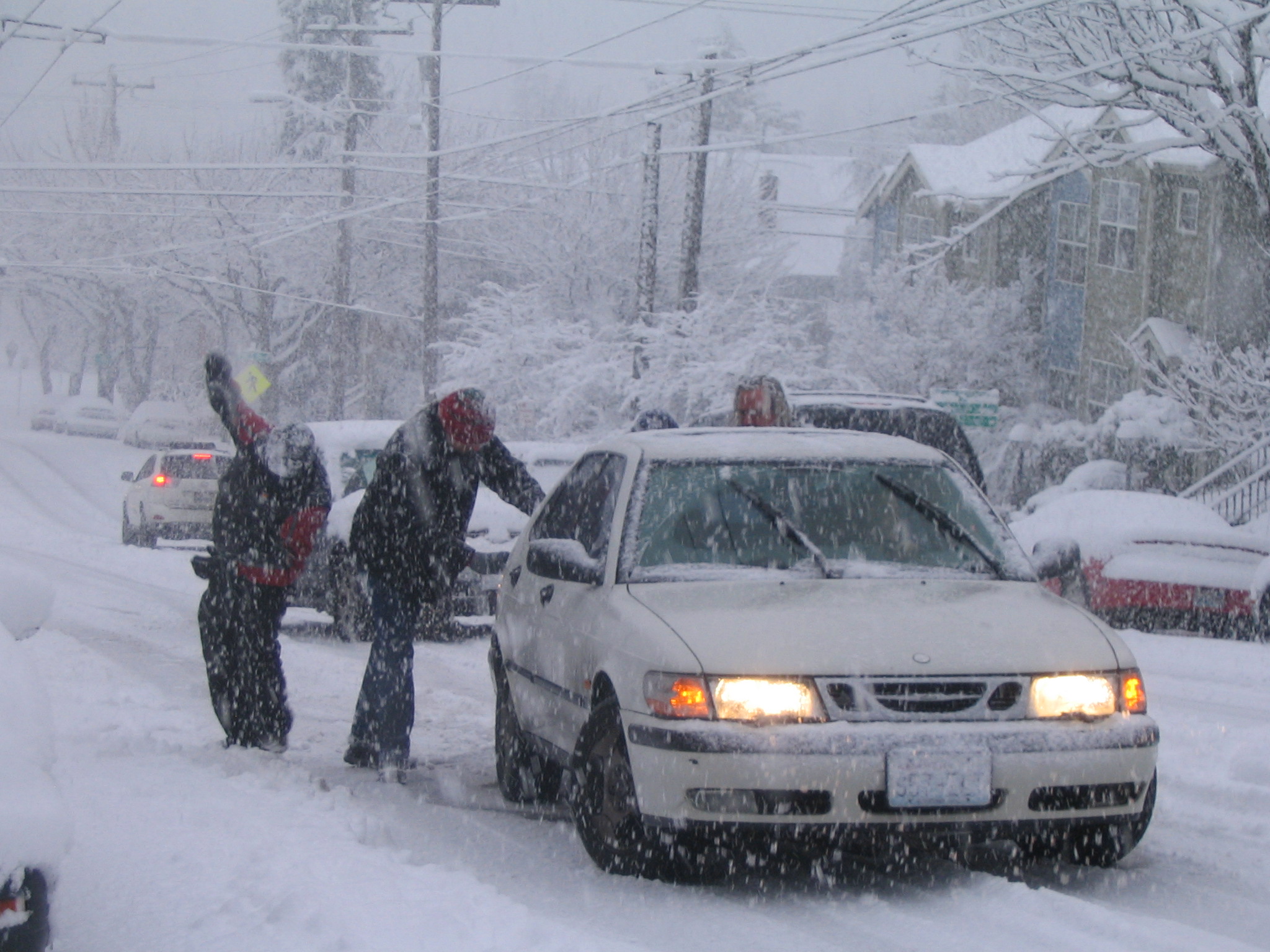 Meanwhile, boxers from Cappy’s Boxing Gym and some farmers from Alleycat Acres made some snowpeople at their 22nd and Union farm: 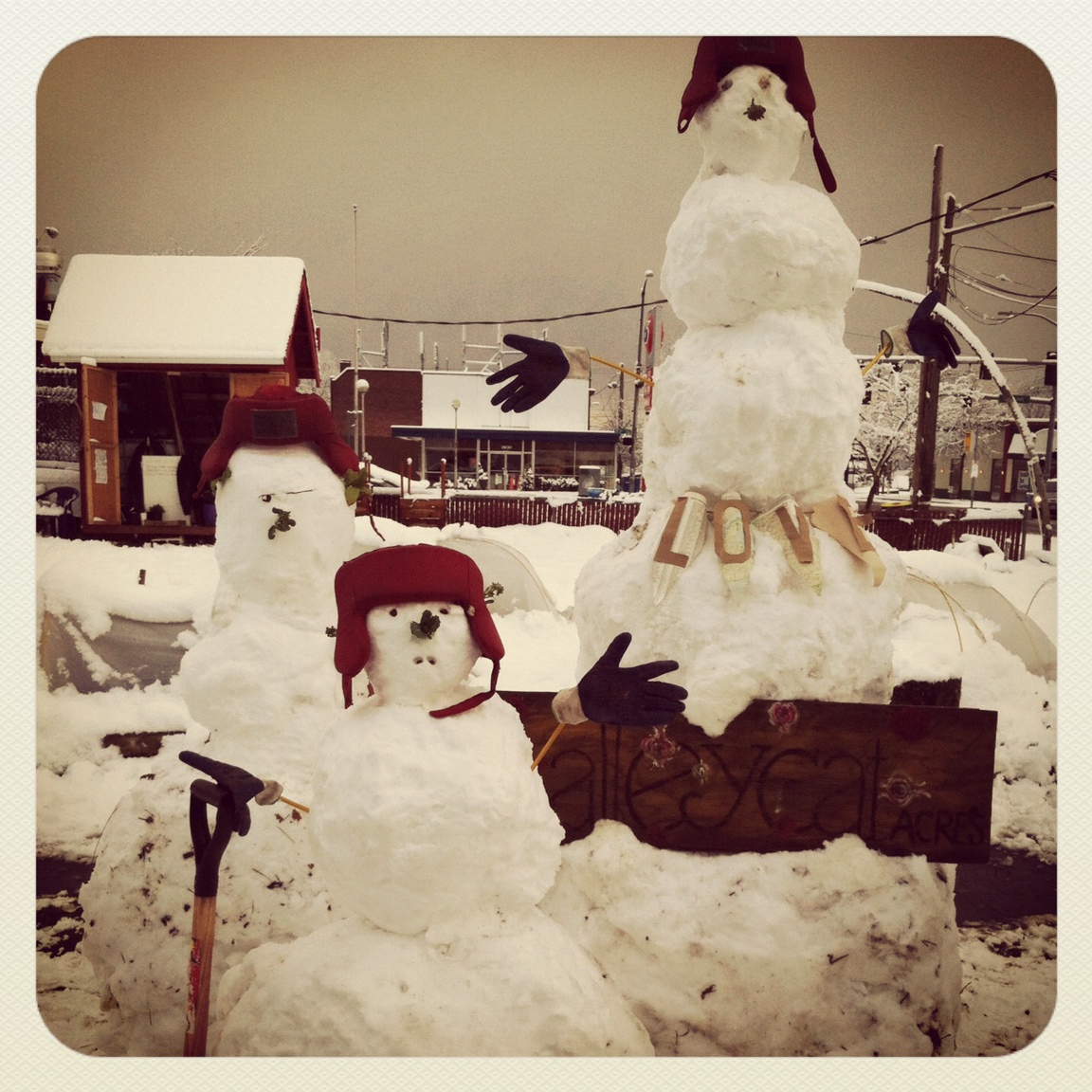 I took a stroll through Pratt Park, where families were playing: 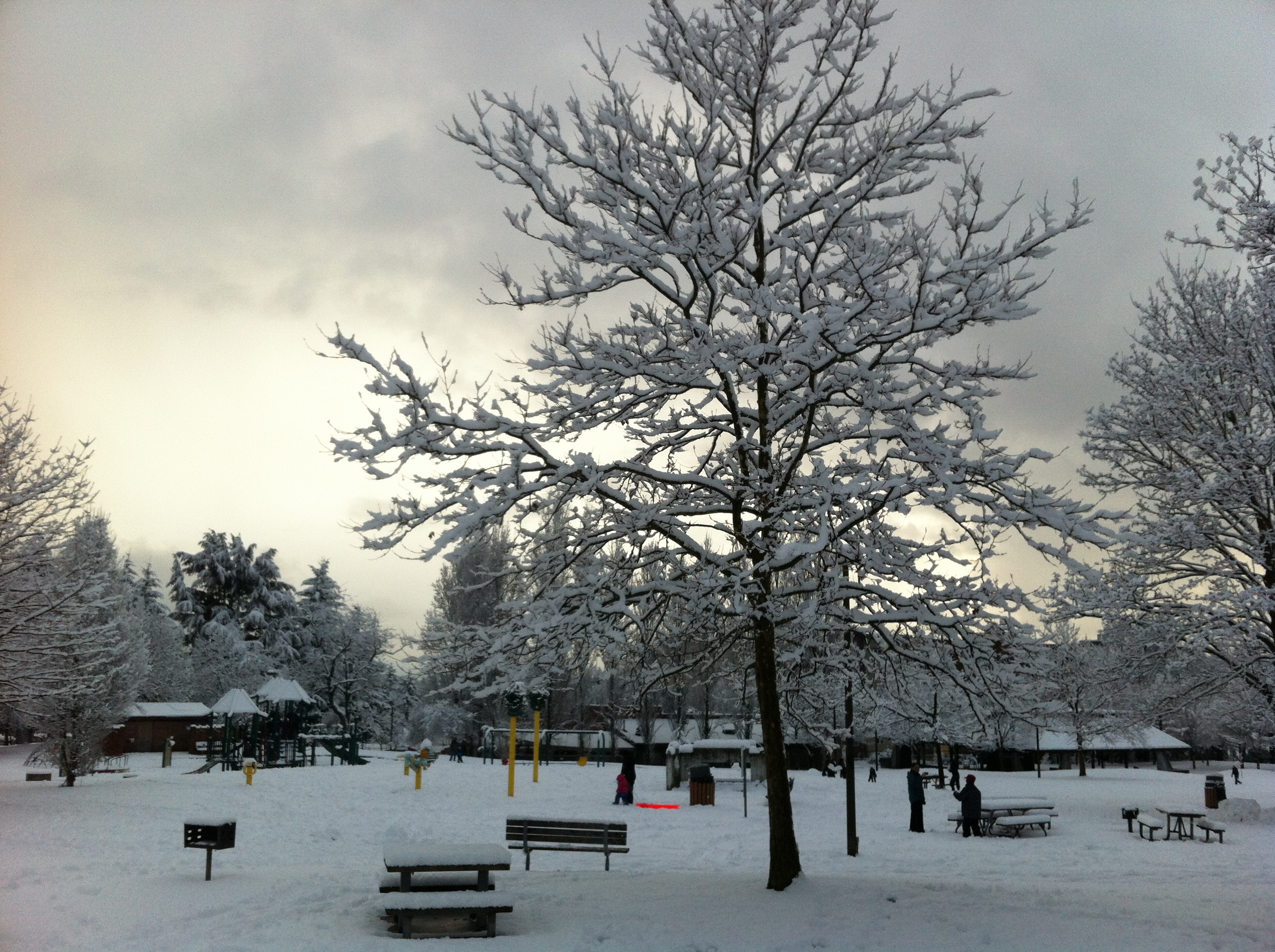 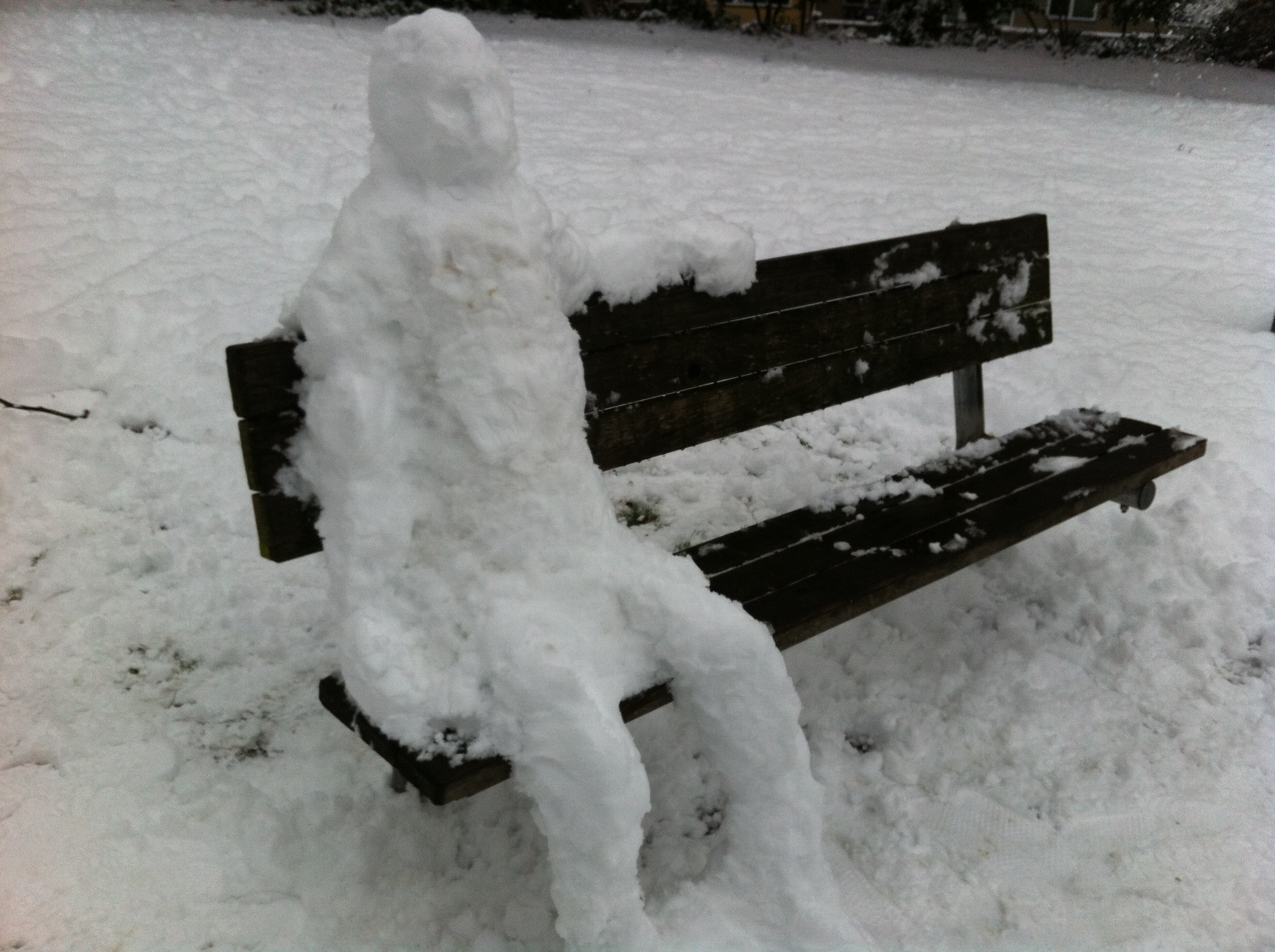 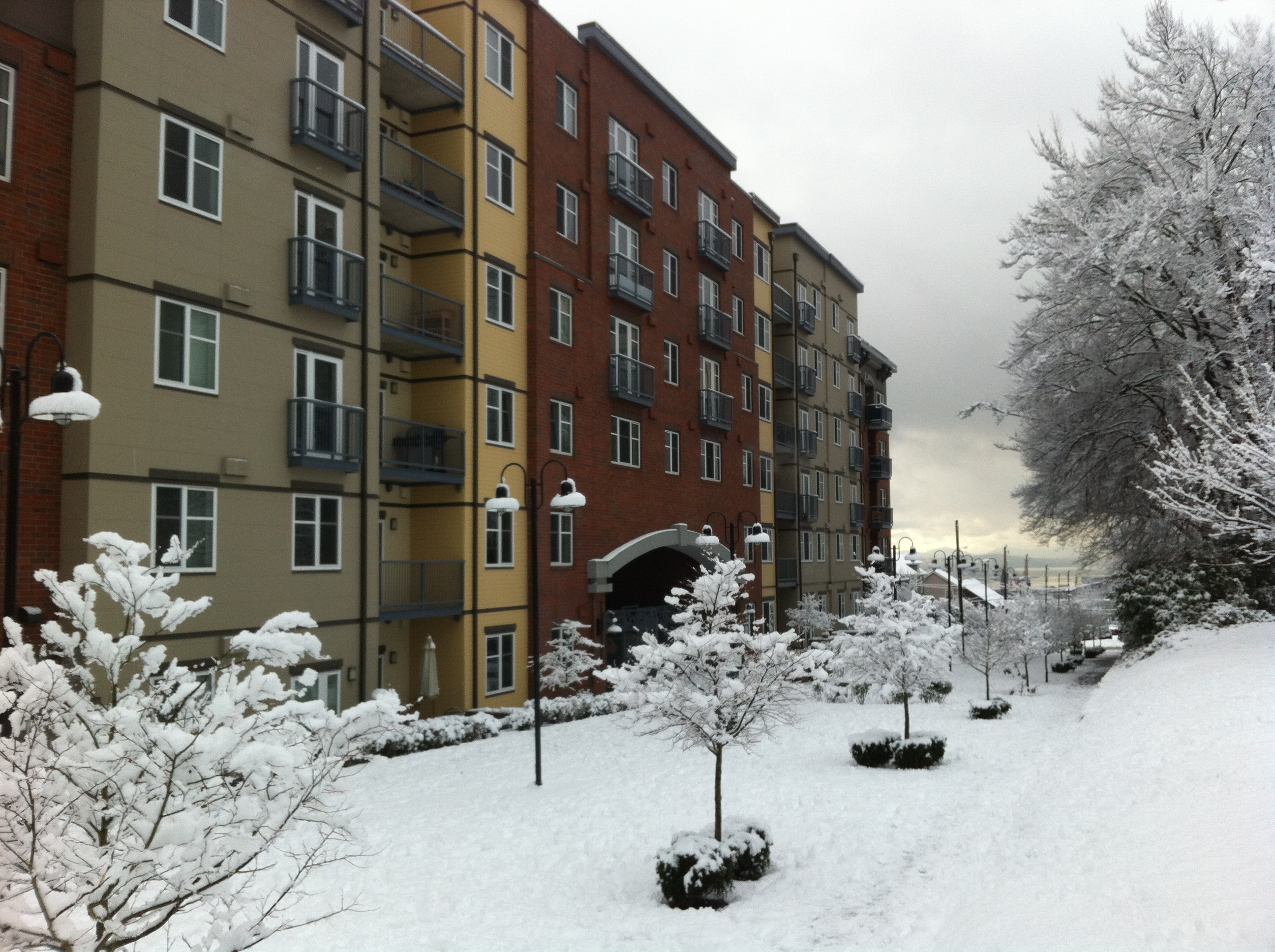 Do you have any photos/stories/tips to share? Post them in the comments below or email [email protected].