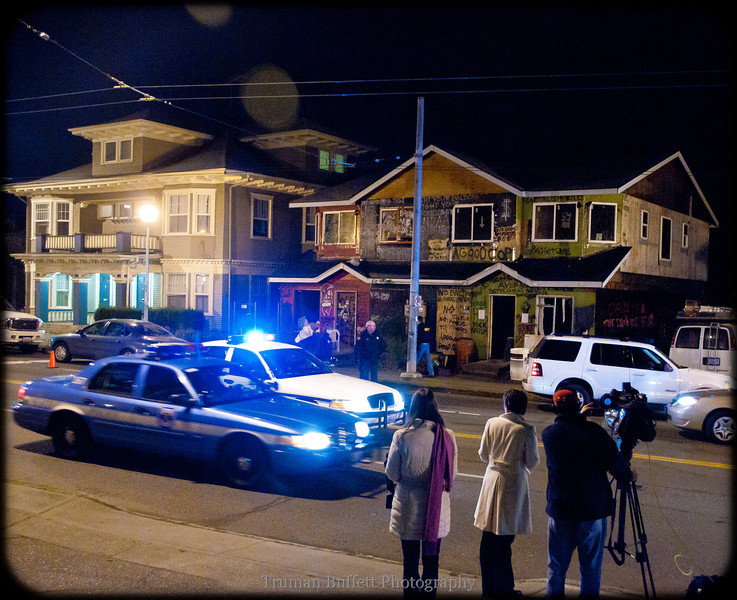 The occupied Central District duplex that has been home to a band of protesters, Occupiers and anarchists since November is, again, empty. According to neighbors in the area, police and sheriff’s deputies arrived early Wednesday morning to clear the Turritopsis Nutricula house that has been occupied by squatters. Thanks to Greg for this report:

The anarchist house is being forcibly evicted by SPD this morning, starting @4:15 am. There must be 25 police vehicles blocking off 23rd ave. At 4:25 the police repeatedly announces over loudspeaker that they were court ordered to leave, and could do so without being arrested, but ‘bad things’ would happen to them if they didn’t comply.

By 5am the cars are still outside and I haven’t heard any progress. I spoke with one member of the group last week who came to help me when he saw me picking up garbage on Alder. He said they would in fact be barricading themselves in their rooms and it wouldn’t be the first time he’s done it. Very laissez-faire about the whole thing.

We do not yet have information on arrests. UPDATE: No arrests have been reported. 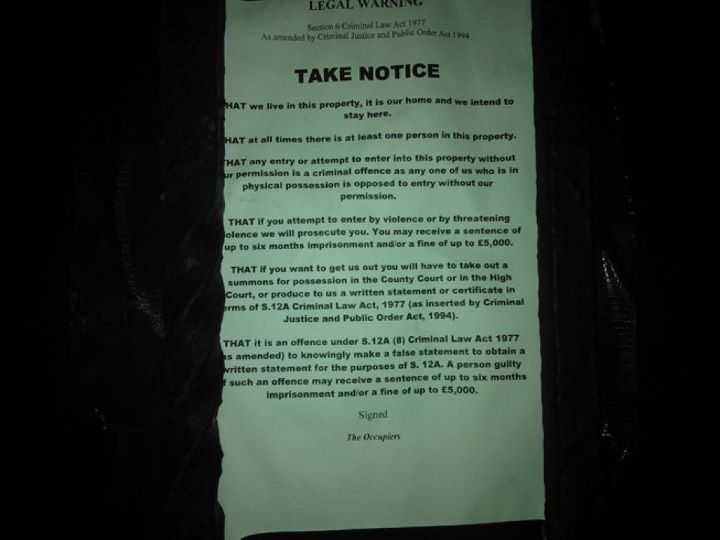 The house has been occupied since November 19, when a group of Occupy Seattle protesters marched to long-empty building from their Seattle Central Community College encampment.

The group that took over the unfinished 23rd and Alder duplex dubbed the house Turritopsis Nutricula. The home’s legal owner is Denmark West.

A judge ruled against the anonymous residents December 28, giving them ten days to leave the property.

Lanes of 23rd Ave were closed as the house was surrounded. They were re-opened as the scene cleared just before 6a.

Twitter user @theLoopsurgeon has reportedly been posting messages from the scene:

#Anonymous 4:30am we were woken by the sound of chainsaw & police bullhorns as #OccupySeattle protesters were being evicted from…

…the abandoned home they had occupied. There are dozens of police, streets blocked off NO PRESS …including me…

62 thoughts on “Police clear occupied house at 23rd and Alder”