Brian Westbrook (@BMW on Twitter) was on the scene of a nasty bicycle wreck at 26th and Pike Tuesday night and posted the following: 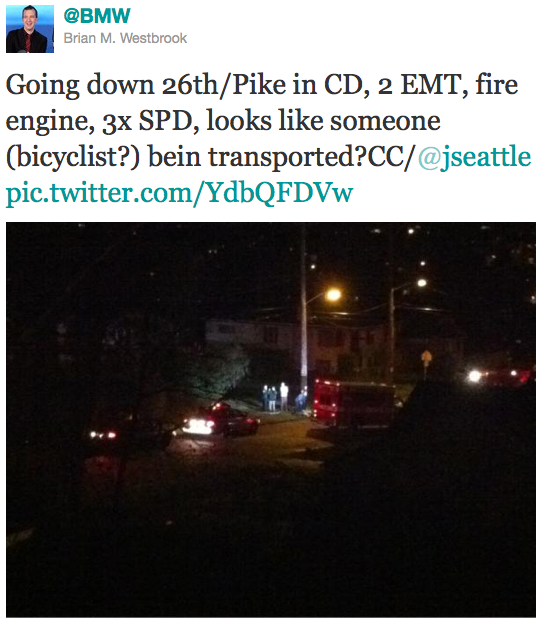 According the the 911 caller, the person biking “wiped out.” Seattle Fire transported the semi-conscious patient to Harborview.

From Kyle Moore at Seattle Fire:

We received a 911 call at 10:52 p.m. for reports of a bicyclist who had “wiped out.” The caller then hung up. We notified SPD and responded to 26the Avenue and East Pike Street. When our Aid Unit 25 arrived they found the rider still on the ground and semi-conscious.  Due to the seriousness of the biker’s injuries, we called in Medic Unit 10 and they transported at 11:14 p.m. to Harborview Medical Center.

I do not have an age or condition of the patient but would consider the biker’s injuries to at least be serious since the patient was transported by our Medic Unit.