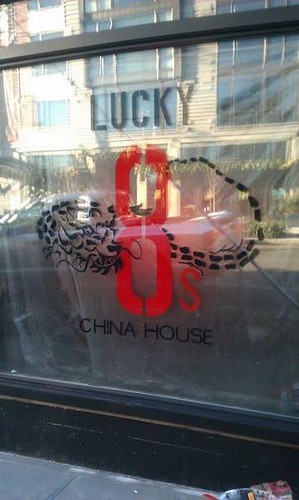 A new restaurant has opened in the Oola Distillery building at 14th and Union, our sister site Capitol Hill Seattle reports. Lucky 8s China House offers Chinese/American dishes for dining in and take-out. Plans for delivery service are in the works.

Chef — and partner — Justin Strnad tells CHS he’s a little nervous about the opening of Lucky 8’s China House in the Oola Distillery complex at 14th and Union.

“I’ve worked at a long list of restaurants — more than 30 places. I used to move around a lot. I’ve been in Seattle for 5 years, 7 years in Chicago. And now I’m really setting down roots for this. This is a commitment. I want people to be happy with this and build something to be proud of.”

“This” is Lucky 8’s, the Chinese/American restaurant Strnad and husband and wife partners Bracey Rogers and Marcy Akiyam are racing to have open before the end of the year. They’re cutting it close.

Strnad says Lucky 8’s will have a simple but evolving menu including fried rices and pork belly-filled (and veggie) hum bao. “We’ll have a lot of dishes that people will be familiar with,” Strnad said. “We’re not fusion or anything. It’s our version of Chinese/American food. Housemade everything.”

The partners are keeping seating limited to start — around 30 seats — as they ramp up and deal with the logistics of the new space and offering takeout. Delivery will come later. As will more experimentation by Strnad.

“I’d get bored cooking the same dishes all the time so we’ll have house specialties that evolve,” Strnad said.

One thought on “CHS: Lucky 8s China House opens at 14th and Union”