There’s a couple inches of powdery snow covering the neighborhood, and it’s still falling fast. A quick stroll around the neighborhood suggests that things are not too slippery yet. The #2 bus was running (though on snow routing). Few people were out and about, suggesting that most people played it smart and stayed home.

Meanwhile, a man was shot and killed near Seattle Central Community College on Capitol Hill early this morning. The snowy homicide crime scene brings back eerie memories of a homicide at 15th and Union just before a fall 2010 snow storm. Police are looking for a suspect in this morning’s shooting. Stay tuned to CHS for more.

Today’s the perfect day to sit inside and read Wikipedia. Oh wait, Wikipedia is blacked out due to a SOPA/PIPA protest. I guess you’ll have to go outside and have a snowball fight instead.

Treat this post as an open thread. What’s open? What’s the best sledding hill in the CD? 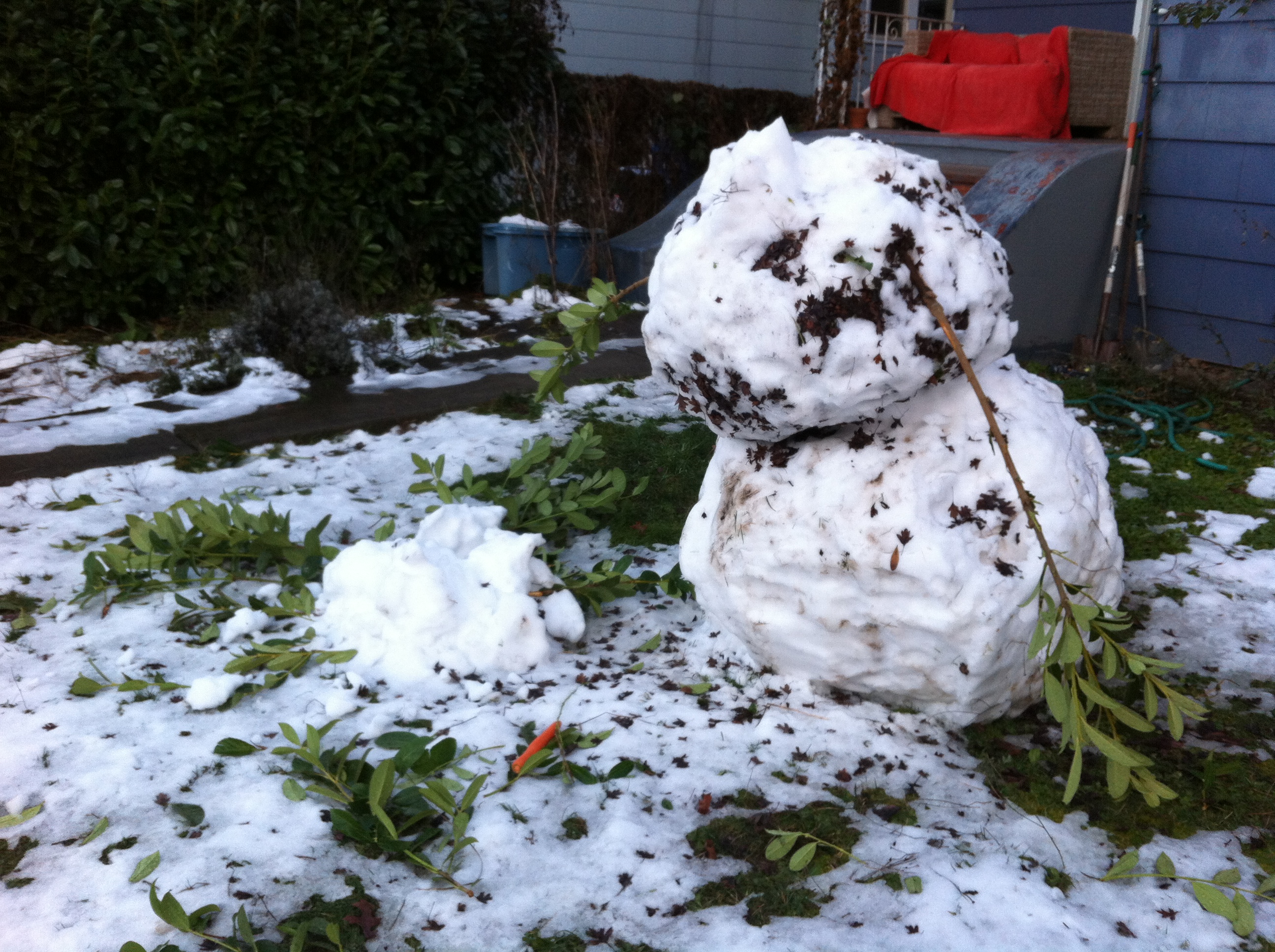 Congratulations, kids, you had a late start and early dismissal only to come home to a sunny CD. And it gets even better: All Seattle Public Schools will be closed Wednesday:

Due to concerns about hazardous road conditions, all Seattle Public Schools will be closed Wednesday, January 18. All before- and after-school activities are cancelled and there will be no preschool or Head Start.

Your snowmen are melting and disfigured, but hopefully your parents or a friendly neighbor can spin that into a zen lesson about the balance of creation and destruction. And maybe the weather tomorrow will let you build them again.

Weather wizard Cliff Mass promises a 9 p.m. update on tomorrow morning’s predicted winter storm. In the meantime, icy neighborhood streets and sidewalks are melting (UPDATE: That melted snow turned to ice as evening temperatures dropped. Be careful out there!). Buses are still on snow routes, so be sure to check your route online if you are heading out. And it’s cold! Please check on your vulnerable neighbors to make sure they have what they need.

2:00PM – Reader Phil M sent us this video from near Judkins Park. An Auto Zone employee decided to try to help tow this stuck Metro bus (it didn’t work, but it was a nice gesture!): 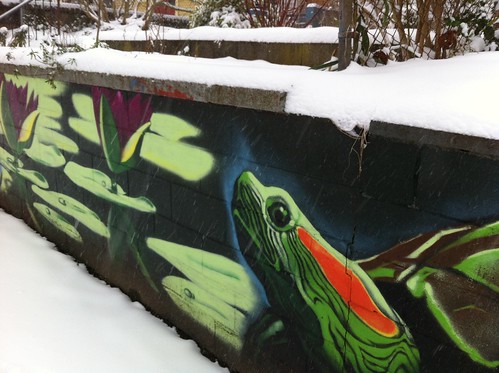 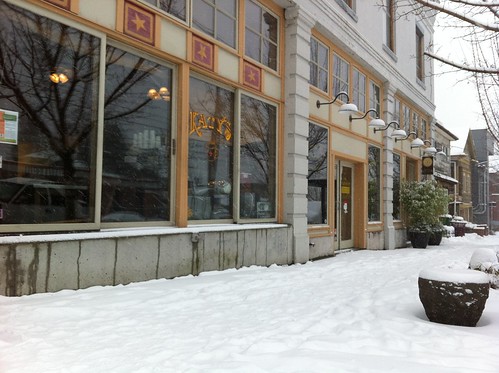 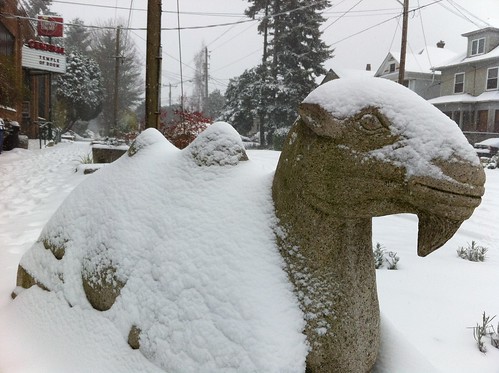 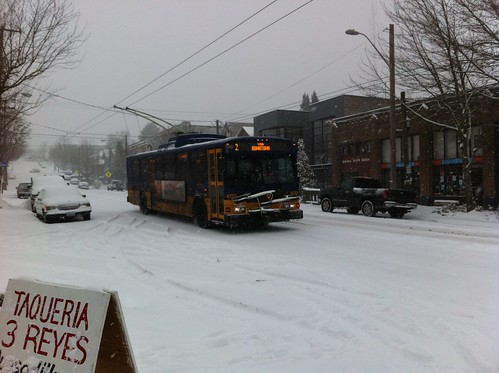