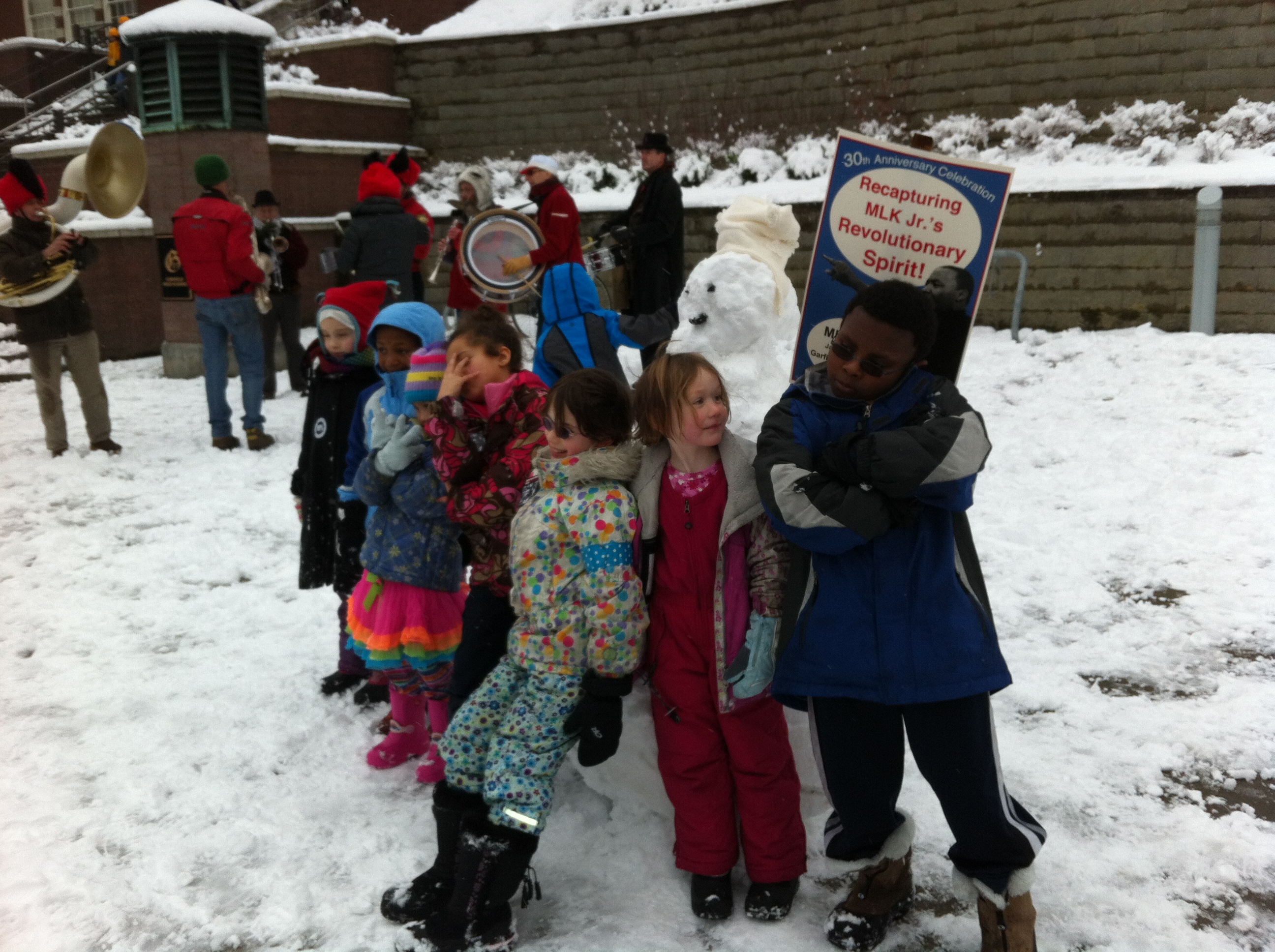 Kids made a snowman in the Garfield High parking lot before the annual march to honor the life and legacy of Dr. Martin Luther King, Jr. Monday. Despite the icy roads and freezing temperatures, thousands of people showed up to fill the streets for a march to downtown.

The theme of the day was “Recapturing MLK Jr’s Revolutionary Spirit,” and there was a fairly large Occupy Seattle contingent in the crowd. 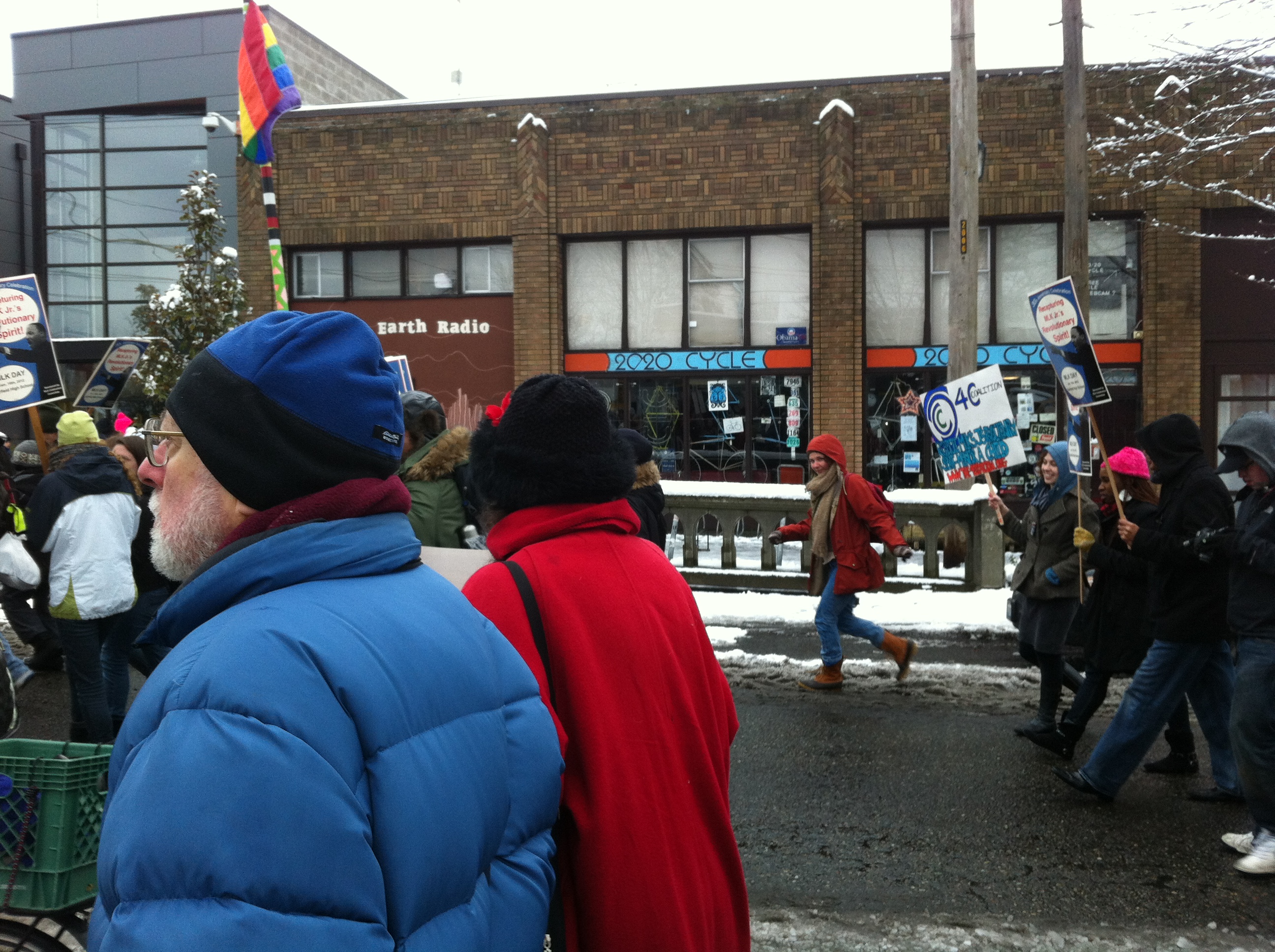 The march went south on 23rd to Union and eventually Madison. We tweeted the as the march went through the neighborhood:

In other MLK news, the King Center just released a bunch of letters and other papers. Check them out online if you have a couple hours.