In the battle for valuable urban space, the tree often defeats the sidewalk. That’s what happened on 34th Ave in Madrona, where SDOT recently cut down a block or so of red sunset maples.

The trees were chopped down in order to repave the sidewalk, which had been demolished by tree roots. With the new ADA-compliant sidewalk in place, SDOT says they have planted two trees for each one cut down, and the new trees have enough space from the sidewalk to thrive.

The project, however, has stirred some controversy as the large trees were cut down. A young tree is not the same as an old tree, and the tree canopy along the street will not return for many years. SDOT says the sidewalk was irreparable because the trees were planted in too small of a space.

Here are a couple before-and-after shots from SDOT: 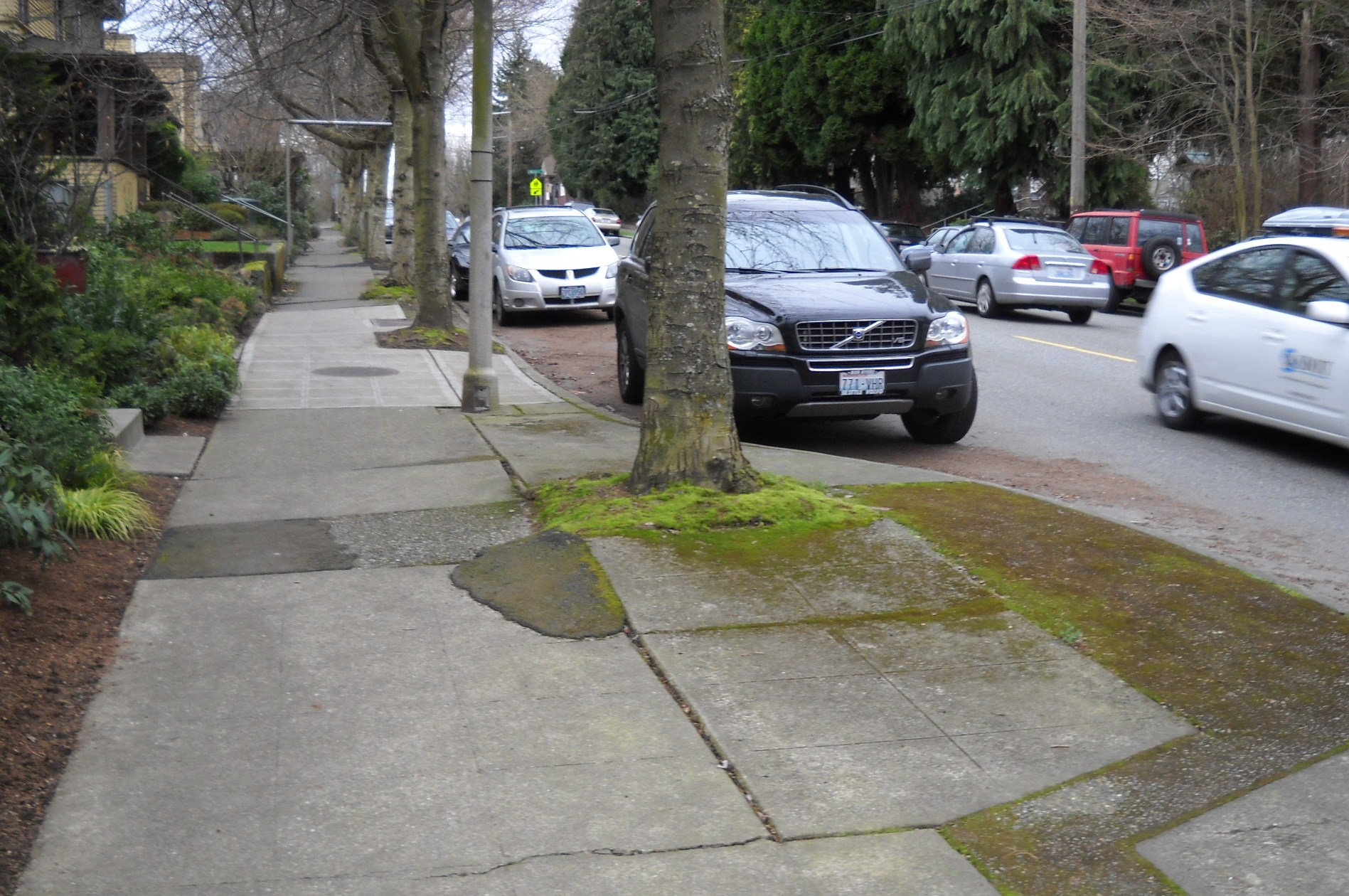 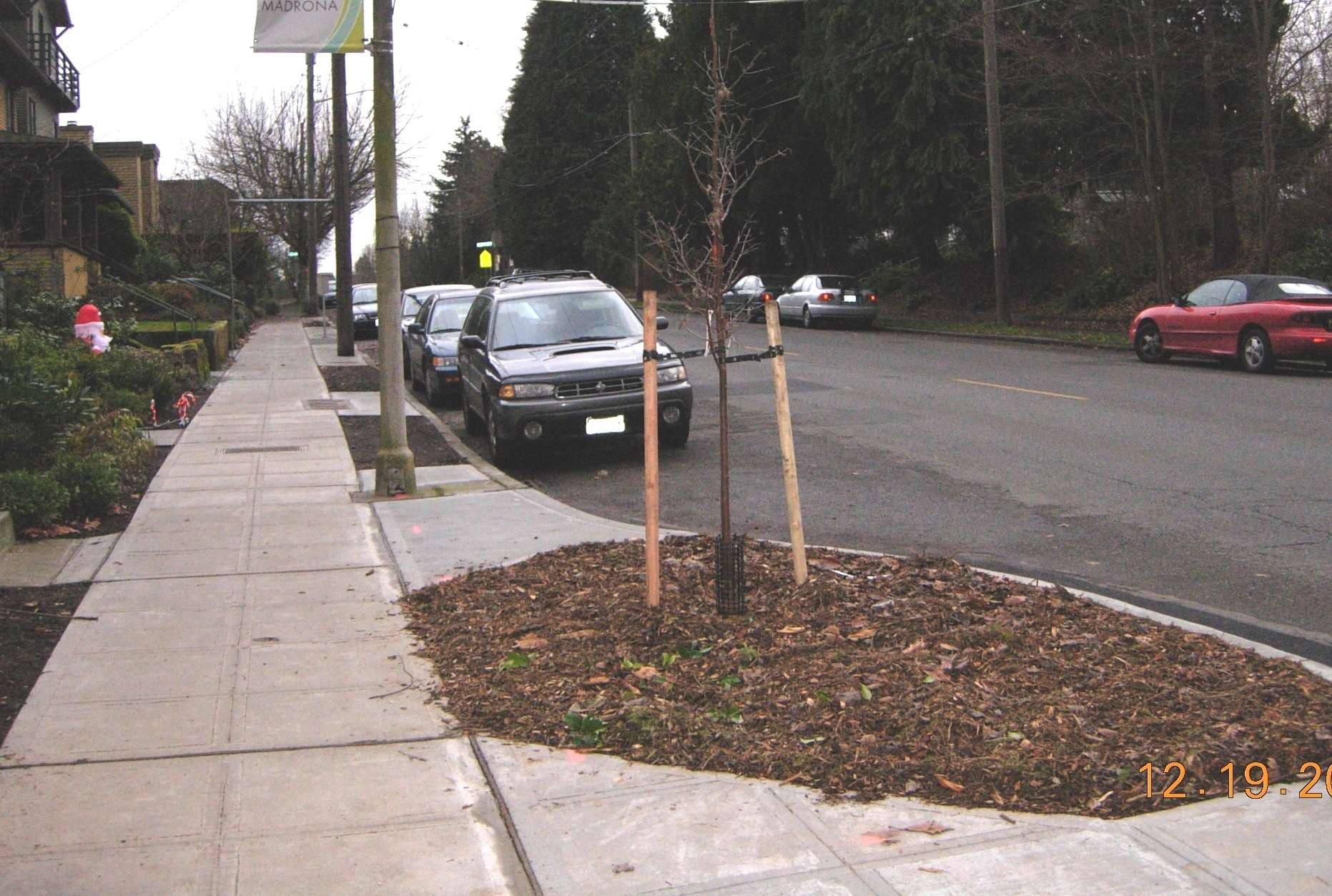 This fall SDOT replaced the uplifted, crumbling sidewalks along most of the 900 block of 34th Ave with new, flat, smooth sidewalks.  The project is on 34th Ave, south of E Spring St, across the street from Playground, and just south of the business district.  You may know it simply as ”the block diagonally across from Cupcake .”

About 35 years ago nearly 100 Red Sunset Maples were planted along 34th Ave between E Pike and E Cherry.  These trees are now too large for their narrow planting space next to the sidewalk, so their roots often lift up and damage the sidewalk.  SDOT has done many spot repairs, or “shims” to the sidewalks but some sidewalks are beyond the point where we can continue such fixes while preserving the trees in such a narrow growing space.

The result was a damaged sidewalk that limited access for many members of the community–people using strollers, people using wheelchairs and more.  This is an important walking corridor because it’s along a bus route, it leads to the neighborhood business district and connects to schools, the library and parks.

SDOT staff from sidewalk repair and urban forestry determined that the best plan for the long run was to rebuild the sidewalk and remove nine trees on this block (and replace them with 18 new trees nearby) so that the trees do not damage our investment in the new sidewalk.   We would prefer to never remove trees, but in some cases there is just not enough room in the right-of-way for the sidewalk and the tree to co-exist.  It’s kind of like where it would be nice to install a bike lane, but the street is only wide enough to accommodate a sharrow.  When SDOT removes a tree, we replace it with two trees, and plant them as close to the removed tree as possible.  In the long run, we have a repaired sidewalk that will last a very long time, and we have trees planted in the right place with enough space for them to thrive.