Another smart phone was stolen on a Metro bus November 29 (see the Jackson and Rainier report here, from November 13). The report does not indicate a connection between the two incidents.

It’s also worth noting that police have been utilizing the Find My iPhone and Where’s My Droid apps to help track the phones. So if you have a smart phone, it might be worth installing them. 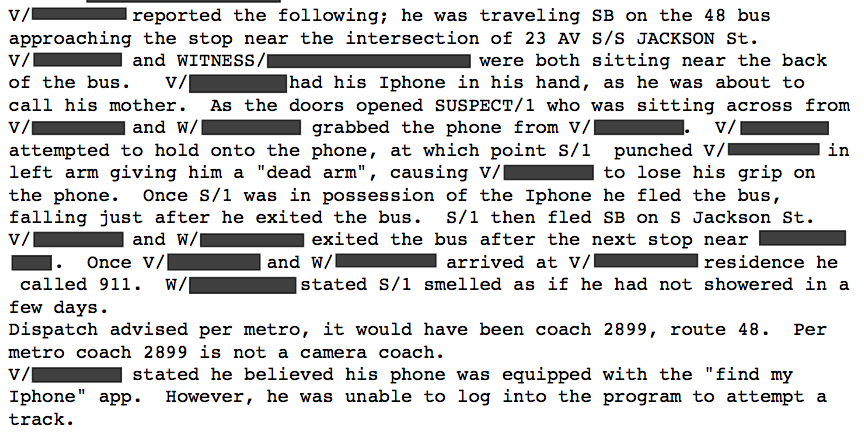 Garfield shuts down bathrooms due to robbery rumors

Jonah at Publicola reports that some bathrooms at Garfield High School were closed last month in response to student rumors and concerns about robberies. School officials said the rumors stopped once they took action, and that they never identified any suspects or victims.

Garfield High School closed its second and third floor bathrooms to students last month after rumors circulated throughout the school that students were being robbed in the restroom.

The school’s principal went as far as notifying the school’s parent/teacher association about the rumors, but because Garfield staff were unable to identify any suspects, or find any victims, they did not report the rumors to police.

4 thoughts on “Robbery Roundup: Another smart phone stolen on the bus”