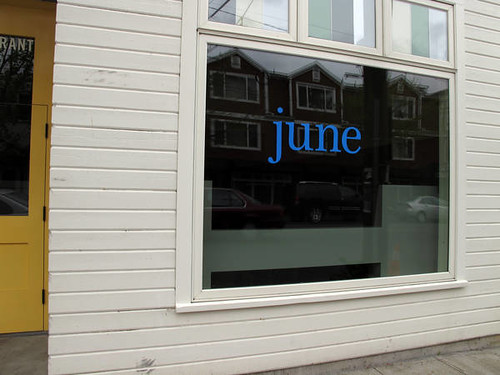 June at 34th and Pike in Madrona has closed, but a new restaurant is set to take its place.

June opened in May 2010 in the space formerly occupied by Cremant. June was a French-inspired restaurant headed by chef Vuong Loc, who also owns the Queen Anne French bistro Portage.

Restaurant Bea will take it’s place, and plans to open by February.

From Hanna Raskin at the Weekly:

The restaurant venue vacated by June won’t sit empty for long: Tom Black and Kate Perry are aiming to open Restaurant Bea in the space by February.

Perry describes the forthcoming restaurant as “laid-back but polished.”

“We’re pairing Tom’s amazing food with impeccable service and a spirited ambiance for our community in Madrona and food lovers around the city,” Perry e-mails.