Vehicle license fee? Booze? Eyman? Here’s how the CD ended up voting on Seattle TBD Proposition 1 and state initiatives I-1183 and I-1123.

First, Seattle Transit Blog posted an image by Flickr user Andrewjn_minn with a block-by-block map of voting on Seattle Transportation Benefits District Proposition 1, which would have instated a $60 vehicle license fee to pay for transit improvements, road repairs and investments in walking and biking projects. Prop 1 failed 56-44 citywide, but most of the CD voted strongly in support of the measure. 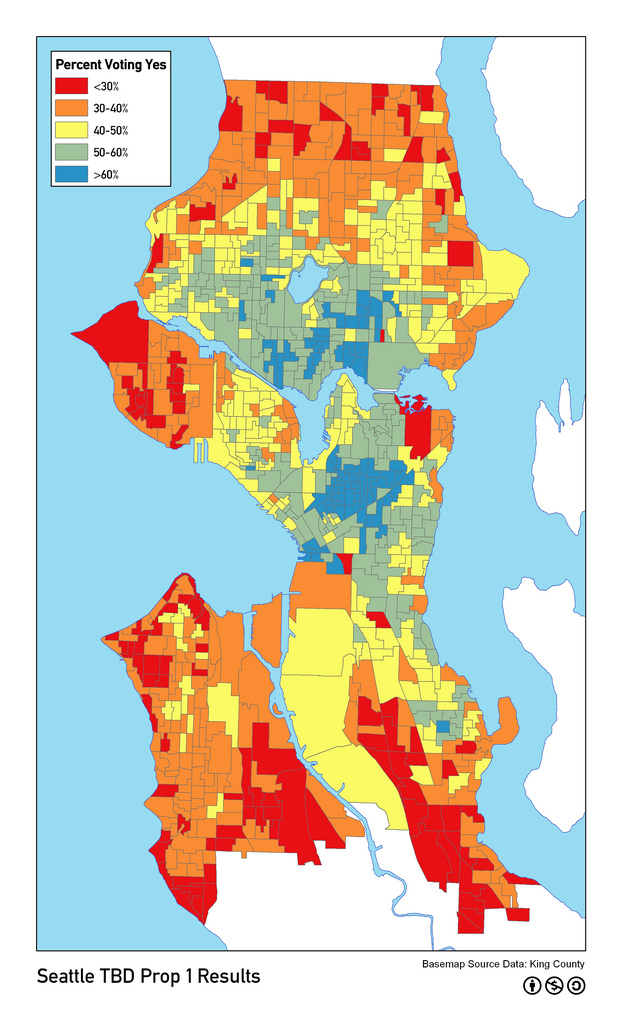 Here are the results zoomed in on the CD: 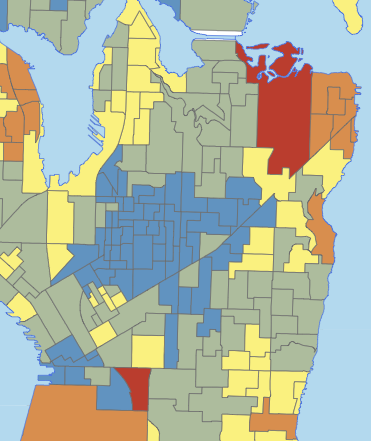 How about the Cosco liquor initiative (I-1183), which passed 59-41 statewide? Well, according to these maps by The Seattle Times, the CD voted heavily against the initiative. The measure calls for privatizing liquor sales throughout the state. 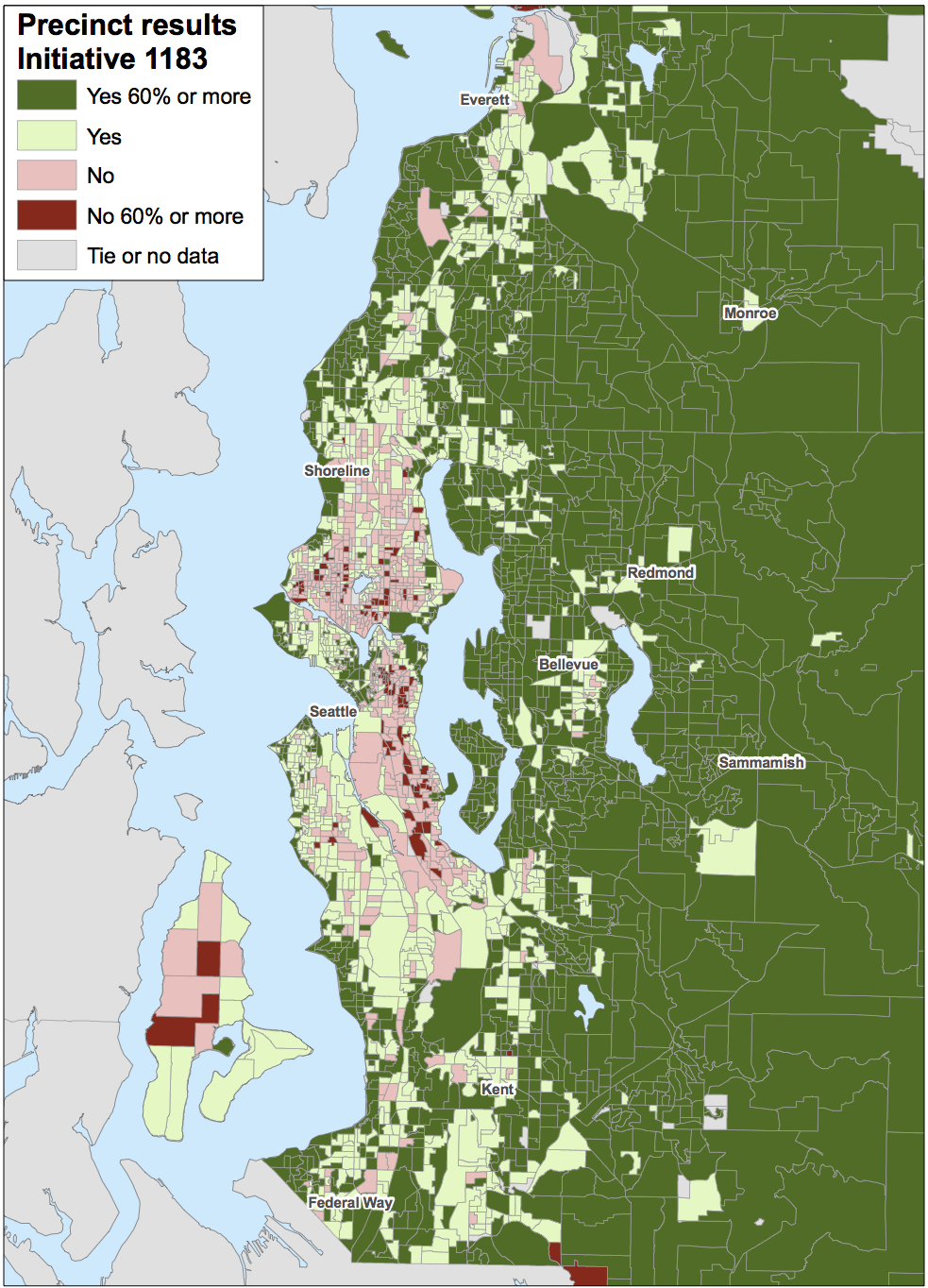 Image from The Seattle Times. Used with permission.

If you zoom in, you see that only Madrona, Leschi and Madison Park voted in favor of the initiative. 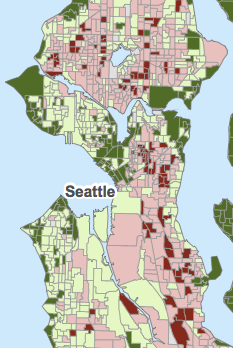 Finally, here’s a look at how the neighborhood voted on Tim Eyman’s failed toll-blocking bill, I-1125. The state voted 53-47 against the initiative, and the CD (and just about all of Seattle) voted heavily against it. 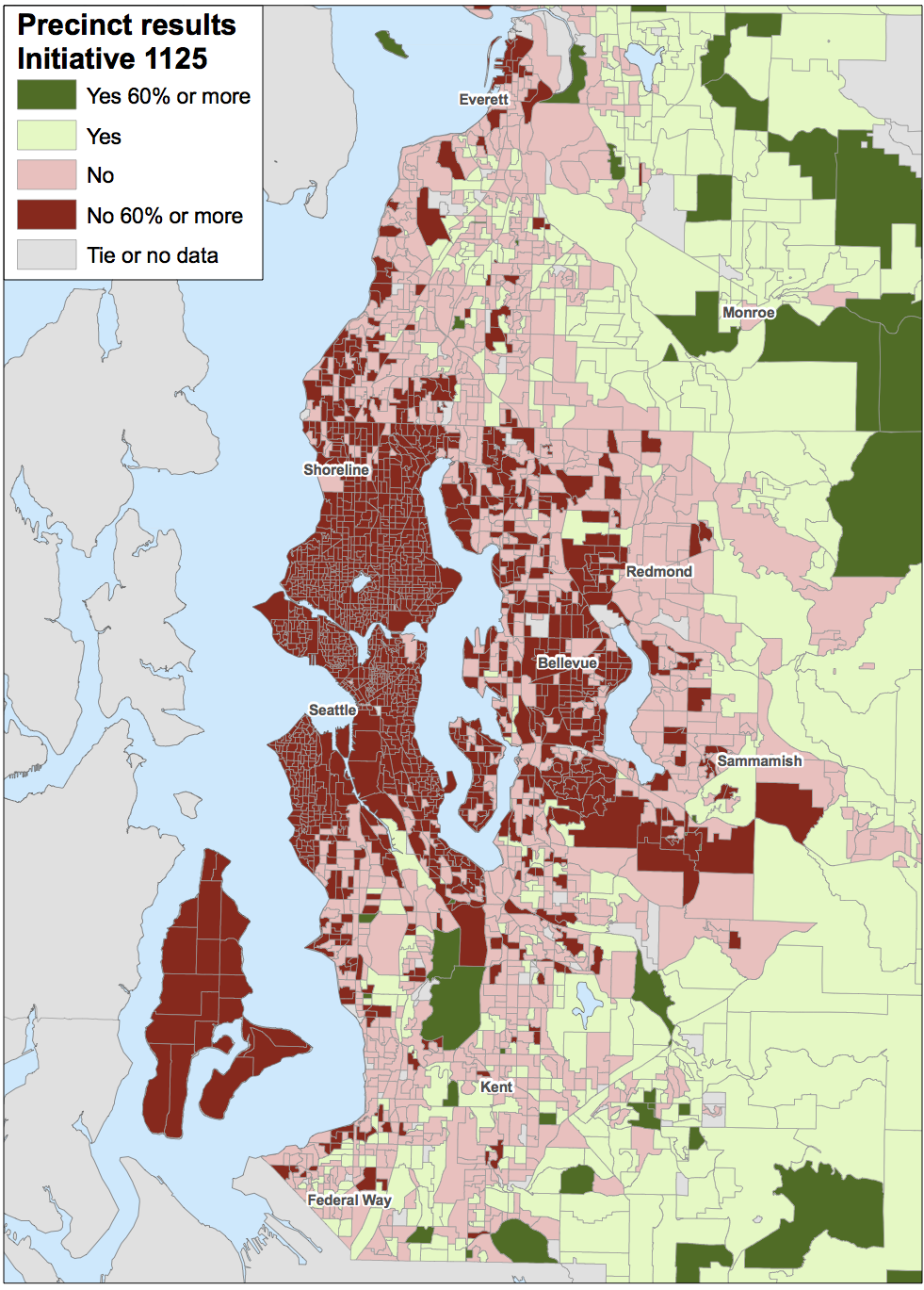 2 thoughts on “How the CD voted on transportation, booze”