The marchers might have been slightly fewer in number than the previous walkout but Garfield High students still came out in numbers Wednesday afternoon to support a citywide demonstration and rally against ongoing education budget cuts in Olympia. The marchers set off just after 12:30p on a route down 23rd Ave from their school to the University of Washington for the afternoon rally where thousands are expected. Along the route, media reporters mainstream and neighborhood alike were joined by a contingent of moms with cameras as passing cars beeped in support. The students marched along the sidewalk and stopped at crosswalk signals as they chanted “save our future” and waved signs. 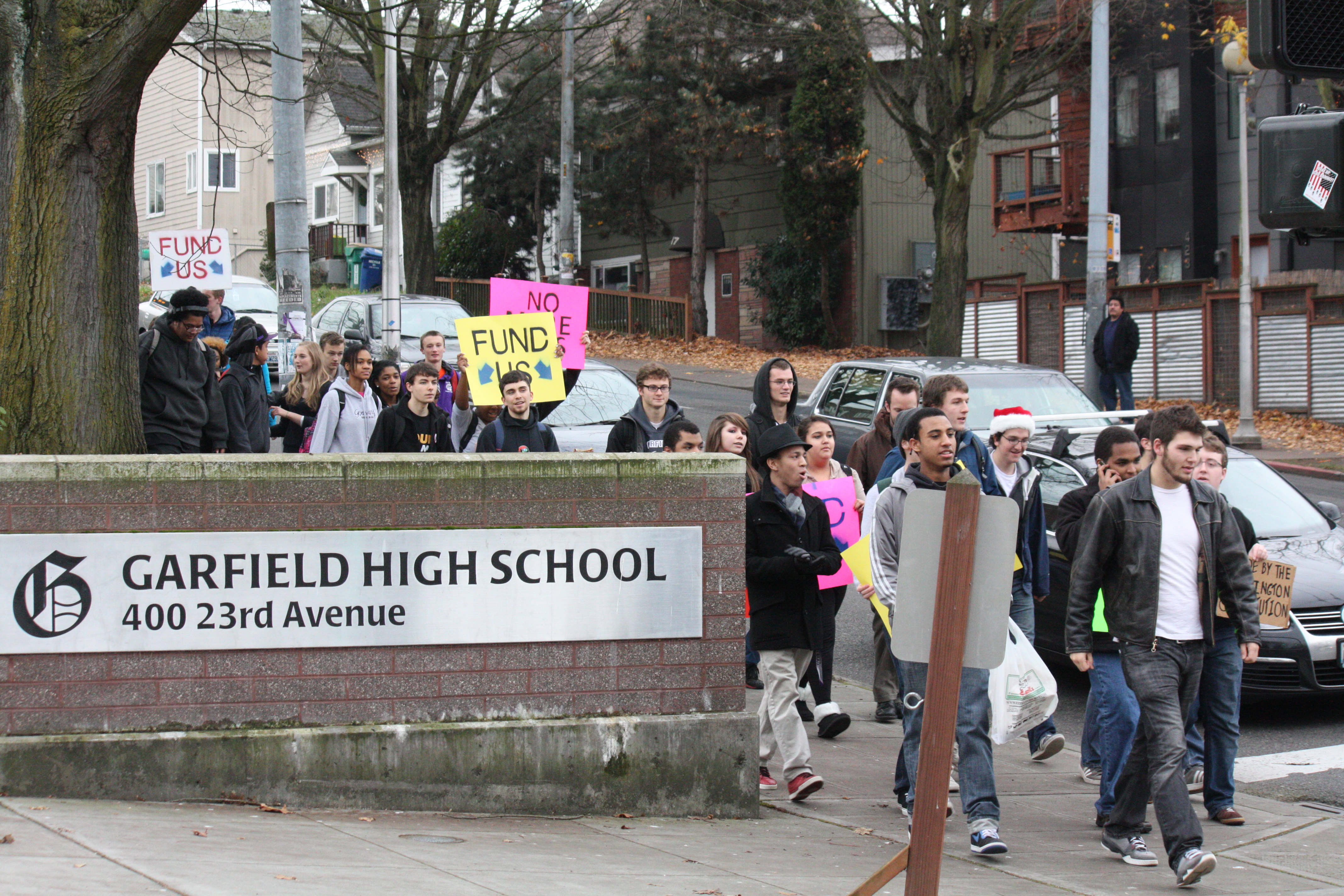 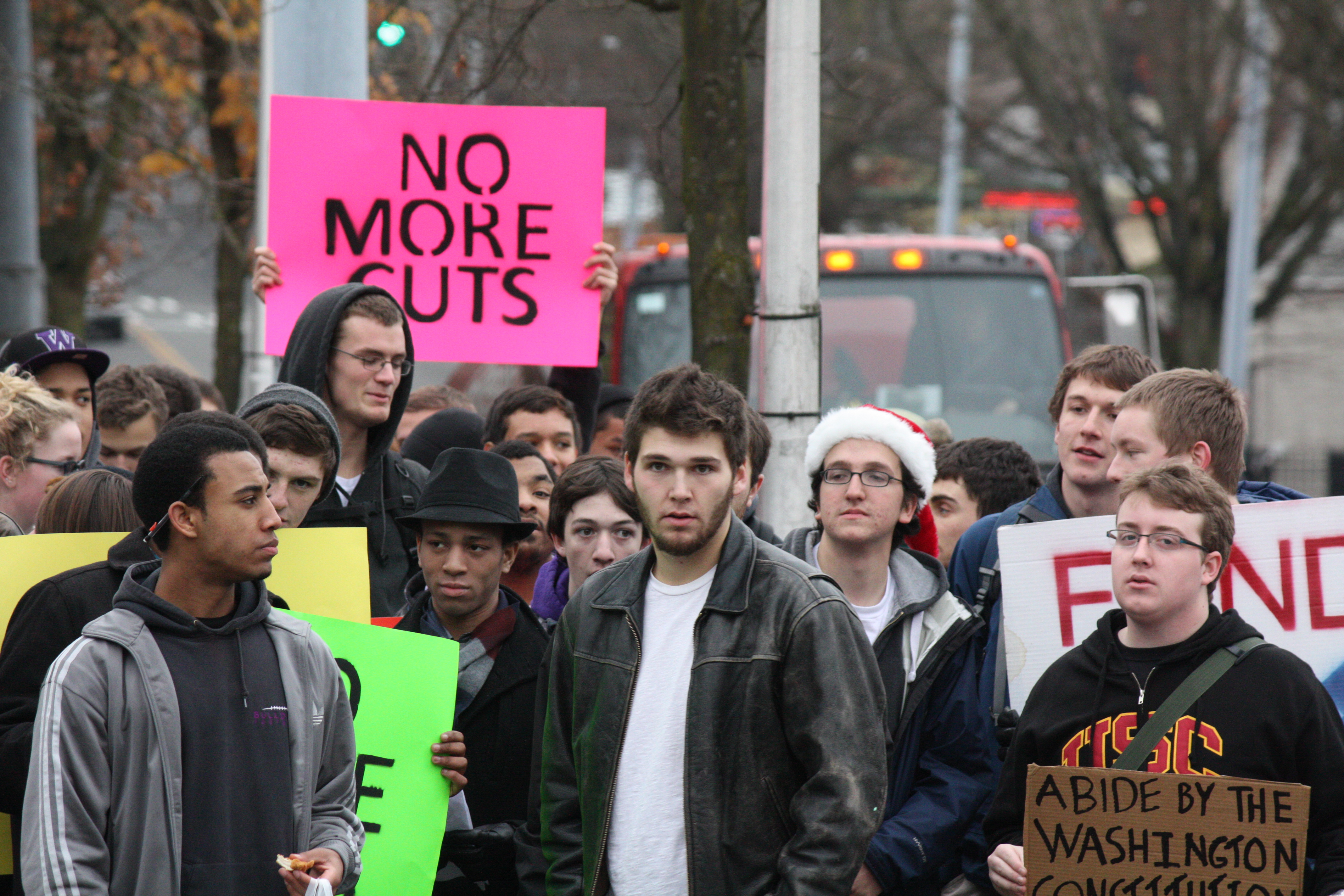 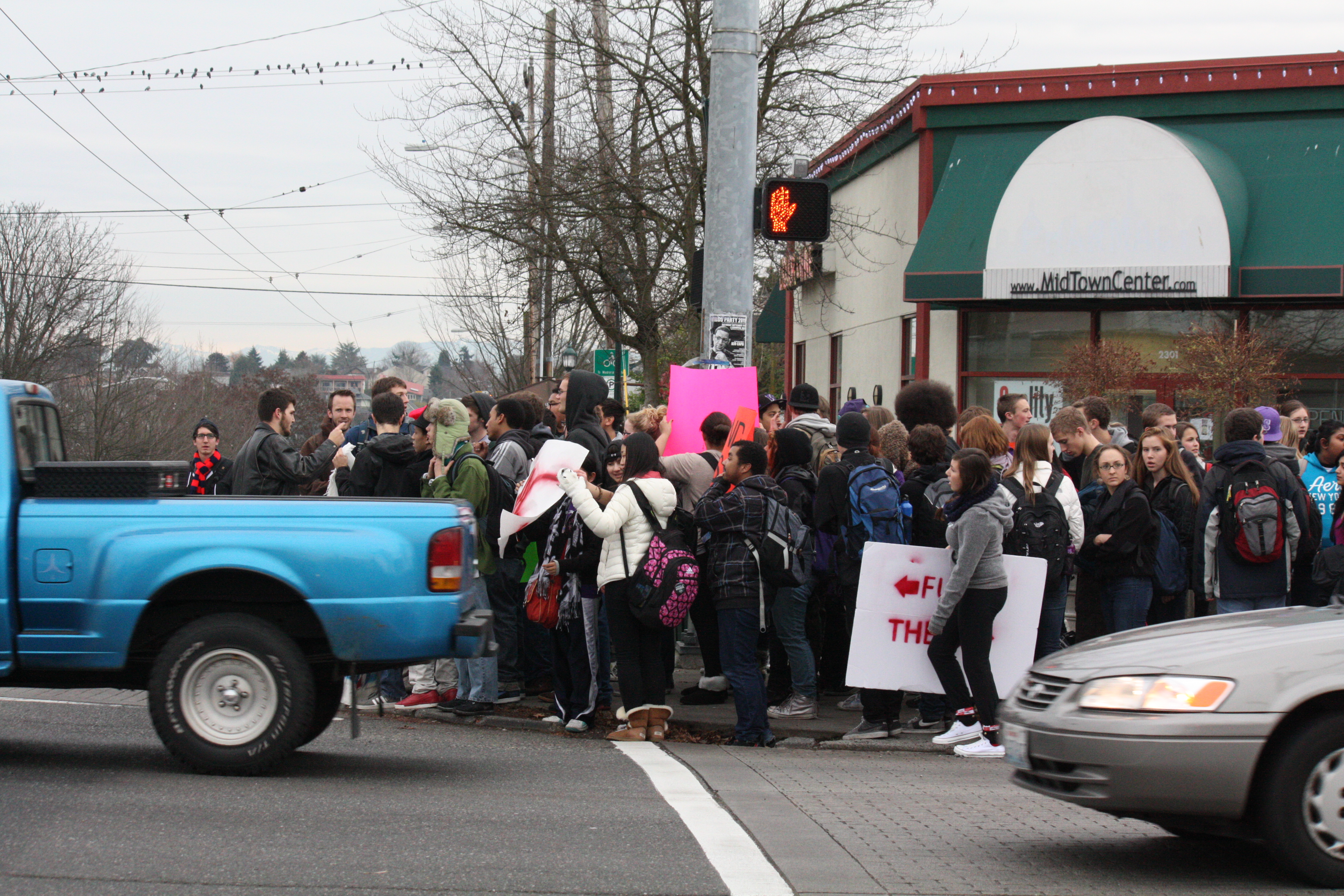 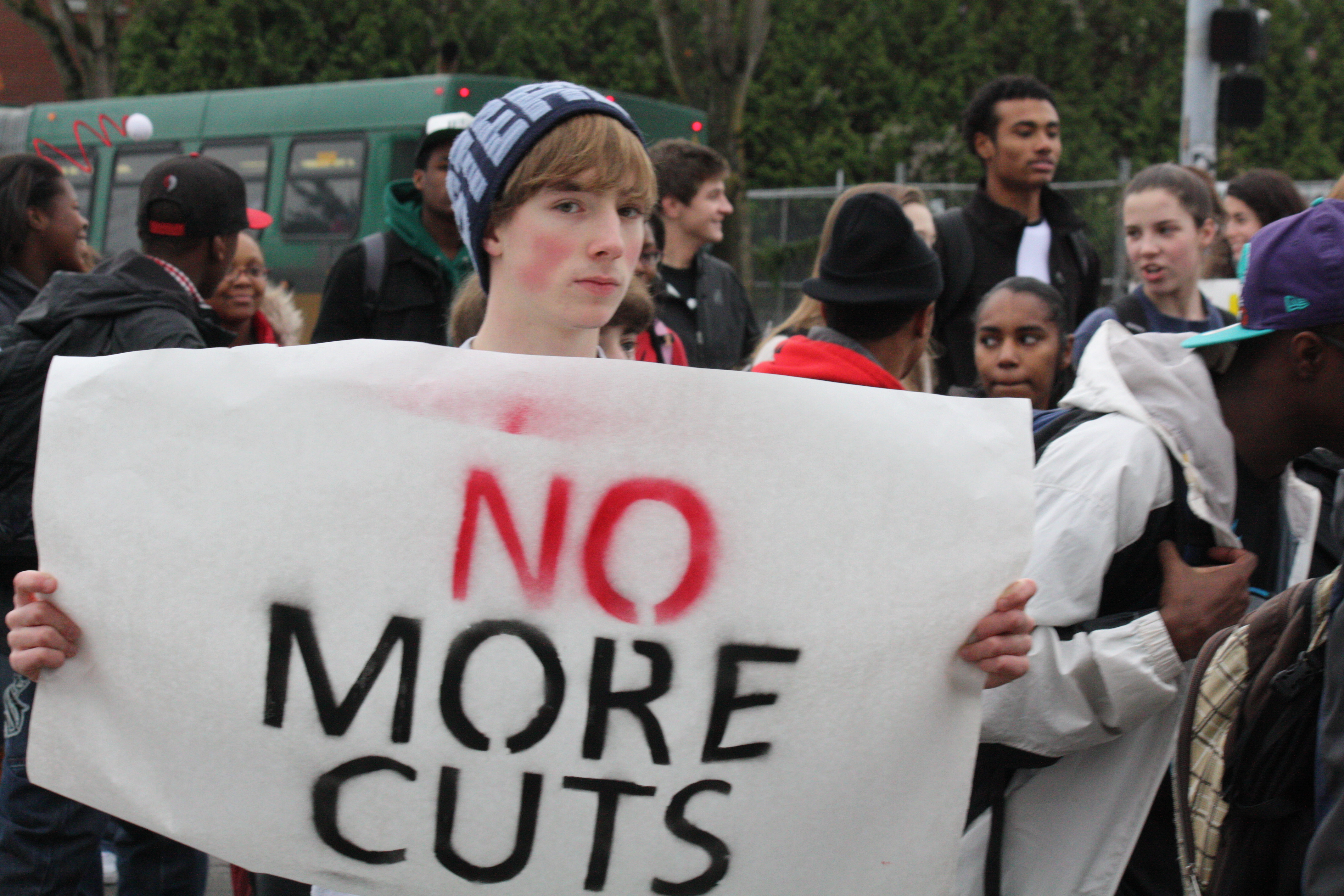