An adult woman and a child estimated to be between six and nine years old stole a bag of crab worth $80 from a market near 12th and King shortly before 5:30 p.m. October 5. The woman allegedly handed the boy the crab, and he walked out of the store without paying and entered a brown SUV, possibly a Chevy Tahoe. There were several others in the SUV.

When the victim confronted the suspects about the theft, a third suspect allegedly shoved the victim before the group fled in the SUV, according to the police report: 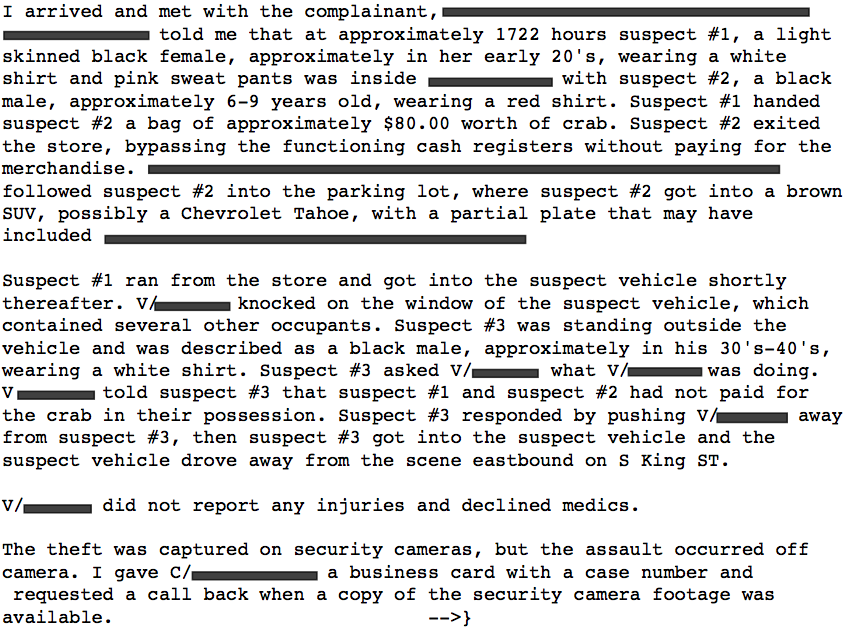