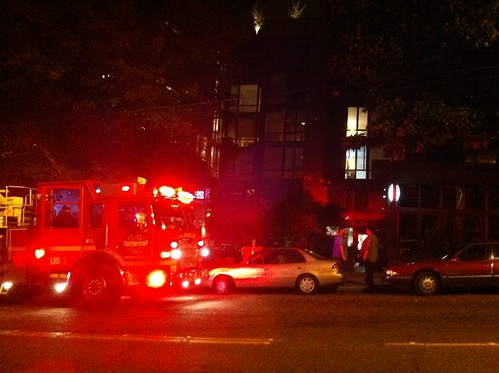 Seattle Fire responded to a call reporting a fire in the Chloe Apartment building at 14th and Union around 8:20 p.m. October 3.

The fire does not appear to be major, and Seattle Fire began leaving the scene shortly after the incident began.