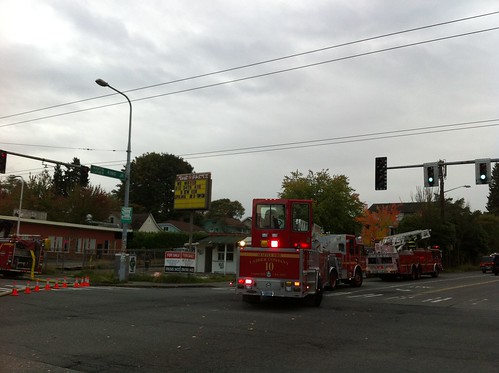 I just heard about a fire going on at the old Facts building – anybody know what happened?

EDITOR’S UPDATE: A fire broke out in the partially-demolished former Facts building shortly before 4:25 p.m. October 26. According to early reports from officers on the scene, it does not appear that anyone was injured in the vacant MLK and Cherry building.

The cause of the fire is not yet known. One witness said he saw someone running from the area shortly before the fire began. The scanner described the suspect as a black male wearing a gray jogging suit.

It is not yet clear if the suspect has anything to do with the fire.

UPDATE: The building was partially demolished earlier this year, and there is still a for sale sign at the corner.

Neighborhood photographer Truman Buffett happened on the scene and took a couple photos of the iconic, disappearing building. 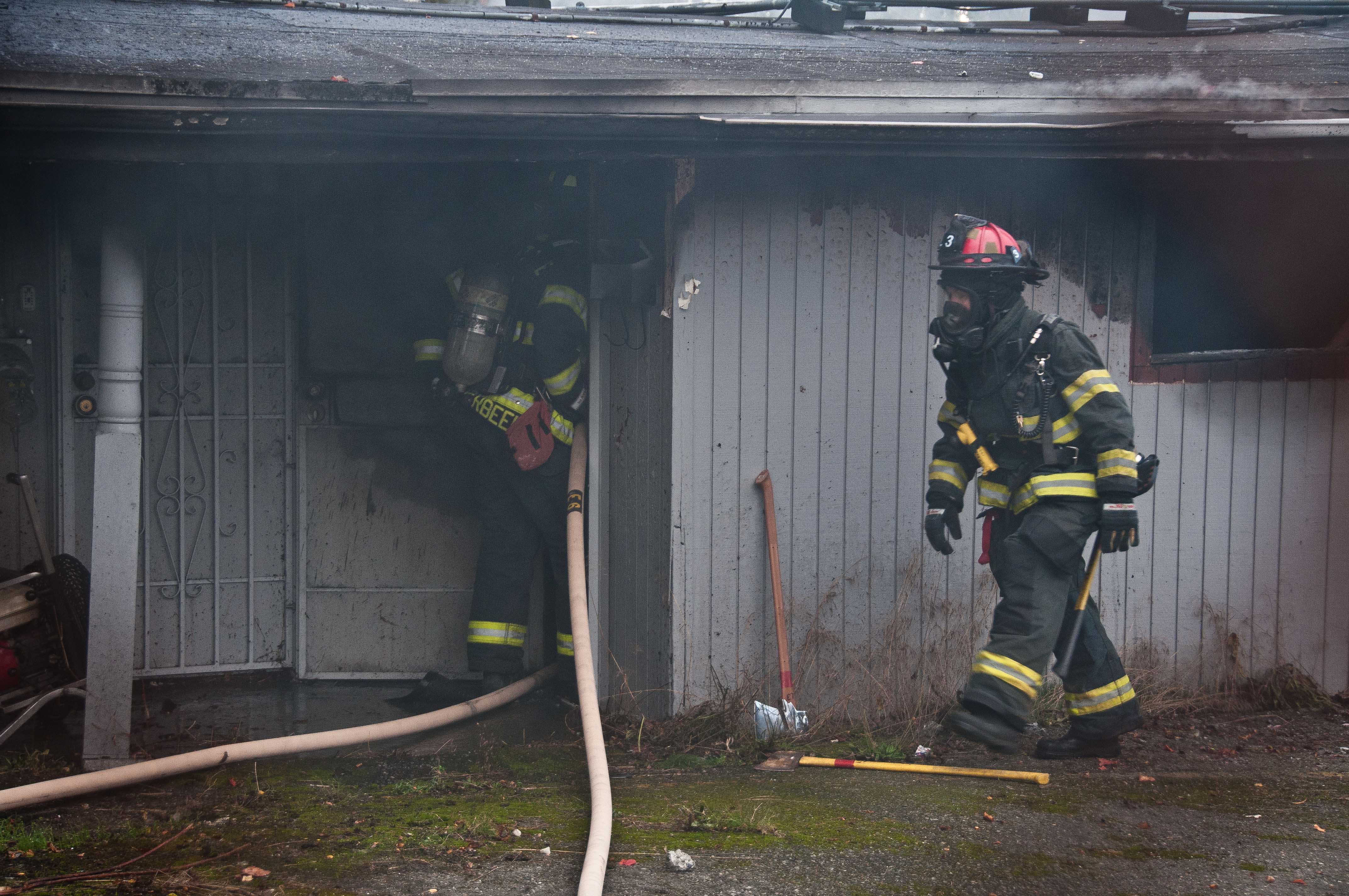 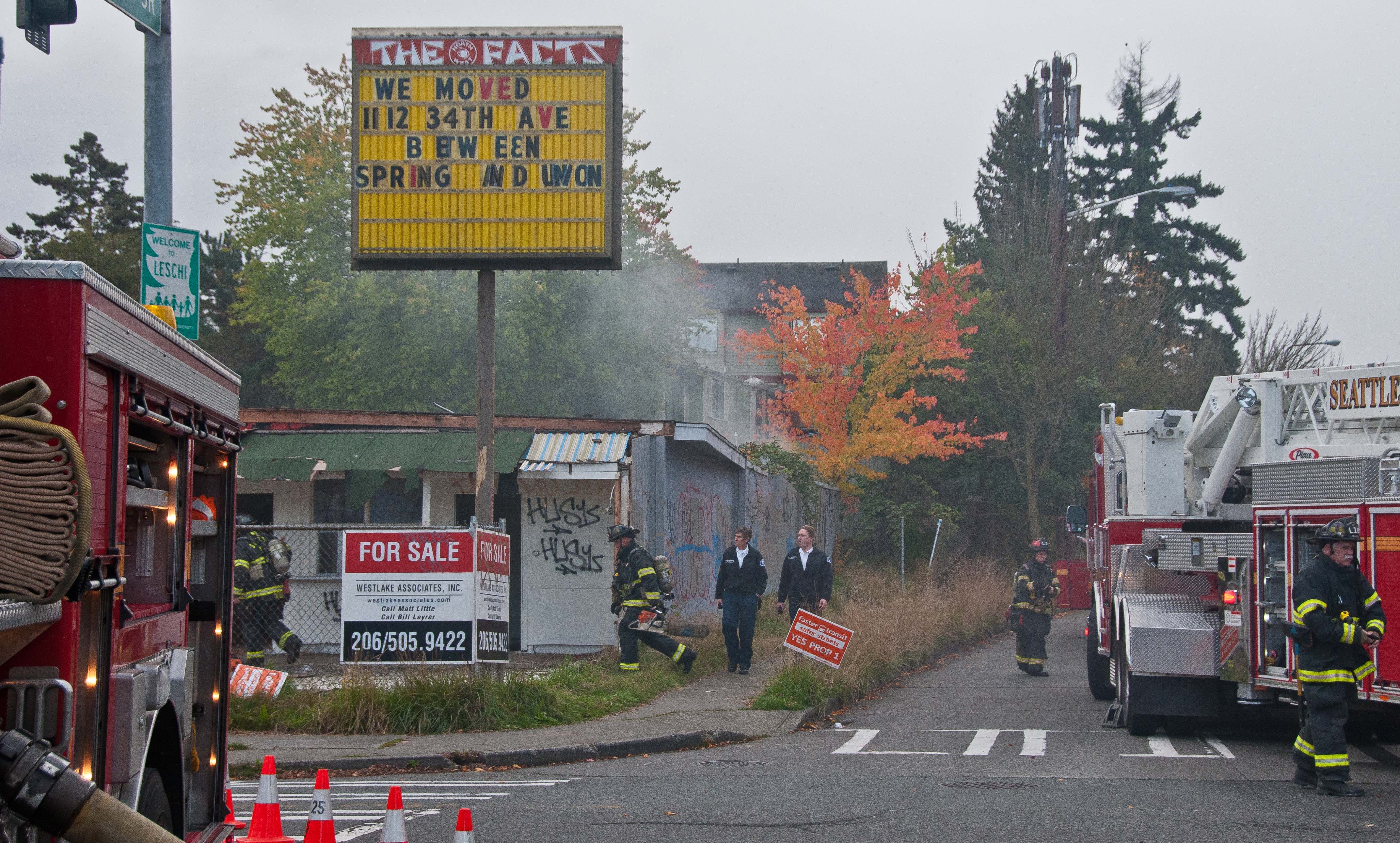 4 thoughts on “Fire at The Facts vacant building E. Cherry and MLK”